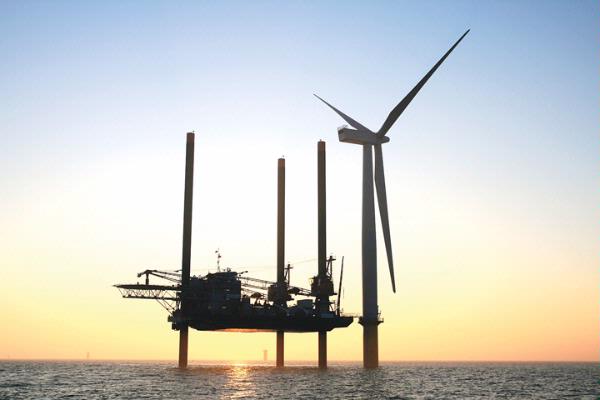 The U.K. revs up as a global leader in power generated by offshore wind.

by JOHN W. McCURRY
U

.K. Prime Minister Gordon Brown proclaimed in January that his government's support for offshore wind energy has anchored the U.K. as a global leader in an industry that could be worth £75 billion (US$114.6 billion) and support up to 70,000 jobs in the country by 2020. The U.K. became the leading country for offshore installed wind capacity in 2009, according to RenewableUK, an energy trade organization formerly known as the British Wind Energy Association.

The Crown Estate, which manages public lands in the U.K., including coastal seabeds, has also recently granted offshore rights to energy companies to develop what it describes as the biggest expansion of wind energy ever seen in the world. The plan has the potential to add 32 gigawatts (1 gigawatt = 1,000 megawatts) of clean electricity to the U.K. grid, on top of eight GW from previous rounds. The Crown Estate says 32 GW is enough offshore wind energy to supply nearly all the homes in the U.K. and will mean an extra 6,400 turbines. The next generation of offshore wind farms that will be developed under the licenses will require larger and more efficient turbines, capable of generating five MW of power.

A spate of wind-related manufacturing announcements has subsequently ensued as the U.K. moves to derive 40 percent of its electrical needs from renewable sources by 2020. The investments are being enticed by the U.K. government's plan to invest heavily in the upgrading of infrastructure such as ports to accommodate offshore wind equipment manufacturing.

Siemens Energy is one of the latest industry heavyweights to announce a major project. The company announced it is searching for a site on England's northeast coast to build a facility to product its next generation of offshore wind turbines. The plant will employ about 700 and represents an investment of approximately £80 million ($122 million). Siemens already has a strong presence in the U.K. with approximately 40 percent of the windpower produced by Siemens turbines.

"The U.K. for the next several years will be the biggest offshore wind market globally," says Christoph Ehlers, managing director for Siemens Windpower U.K.

Ehlers says Siemens has looked at a couple of potential sites thus far and expects a final decision sometime this spring. The final site will be somewhere between the northeast of England and Norfolk, he says. Siemens requires a site of 60 to 80 hectares (148 to 198 acres), he says.

"Since our turbines are for the offshore wind industry, we need a port for deep-sea-going vessels," Ehlers says. "We also need a huge space of land because our components are very large. We will be doing pre-assembly of turbines so we want to be close to significant industrial areas so over time we can build up a supply chain."

Ehlers says the project's timetable will be driven by the planning process in the U.K. Siemens hopes to have the factory ready by 2014.

"The basic change from the past is that we want to industrialize the way of producing and assembling offshore wind turbines," Ehlers says. "It is a major change from what we have done before. Hence, the decision to go portside, and it's also the reason we need such a vast amount of land."

Ehlers says Siemens hopes to bring at least some of its existing supply chain to the U.K.

Siemens Energy announced in December that it would establish its U.K. wind turbine generator R&D competence center at the University of Sheffield. The center will specialize in providing the overall technology, architecture and design of onshore and offshore wind turbine generators for the global market. The university was chosen following Siemens' long-term partnership with the school's electronic and electrical engineering department.

Mitsubishi Power Systems Europe signed a memorandum of understanding with the U.K. government in February signaling its intention to invest up to £100 million ($151.8 million) in a U.K. wind turbine R&D project. Mitsubishi anticipates creating up to 200 highly skilled jobs by 2014 and has said the U.K. will be a strong contender for a future manufacturing base.

General Electric also plans to invest heavily in the U.K. as part of a major European expansion program. The company will establish its offshore wind turbine factory in the U.K. and plans to bring suppliers of towers, blades, nacelles and other components to the facility. GE, which has not chosen a site, says it will invest up to €110 million ($167.5 million) with the ultimate creation of nearly 2,000 jobs by 2020.

Clipper Windpower Marine Limited, a fully owned subsidiary of Clipper Windpower, Inc., broke ground in February for its offshore wind turbine blade manufacturing facility in Neptune Estate, Tyne. Clipper expects to complete the 4,000-sq.-m. (43,000-sq.-ft.) factory in the third quarter of 2010. The site is owned by the City of Newcastle and is being developed by Shepherd Offshore Services.

Clipper estimates that if the U.K. government reaches its goals of offshore wind expansion, the company will eventually employ more than 500 at the site. The factory will be used to develop and build blades for the 'Britannia Project', a 10-MW offshore wind turbine prototype under development by Clipper. The prototype is scheduled for deployment in late 2012, and is among the largest wind turbines under development in the wind industry. The blades will be 72 meters (236 ft.) long and weigh more than 30 tons.

Clipper received a grant of £4.46 million (nearly $6.8 million) from the U.K. Department of Energy & Climate Change in September 2009. The grant is intended to accelerate development and demonstration of offshore wind technologies and components for multi-megawatt turbines. The grant will contribute toward some of the costs associated with the development of the Britannia offshore wind turbine blade and factory.

"Over the next few years, with the development of the Britannia turbine, the U.K. will benefit through the supply of electricity based on its abundant offshore wind energy resource, and also with economic activity related to turbine manufacturing, offshore installation, and long term operations and servicing," said James G.P. Dehlsen, Clipper's chairman. "The offshore wind market in the U.K. is rapidly becoming one of the most exciting sectors in the global renewable energy industry." 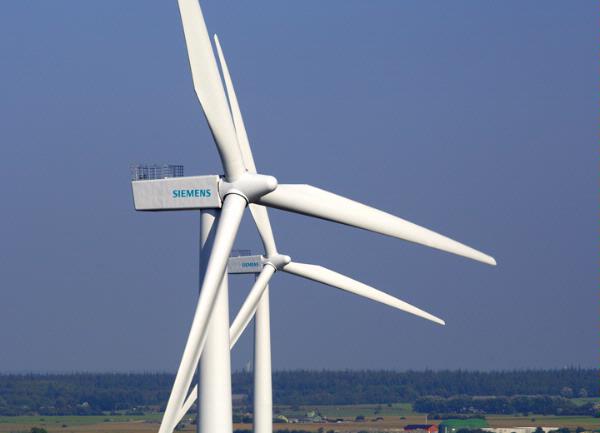 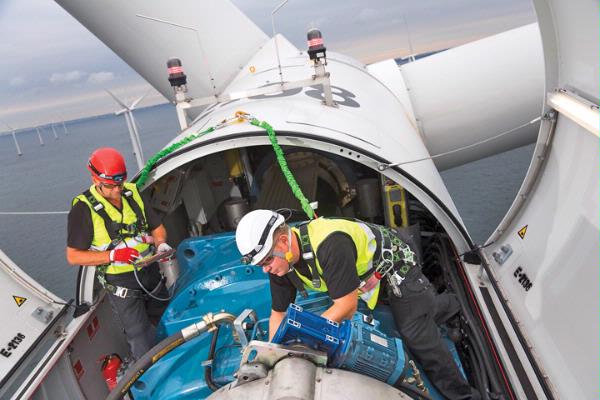 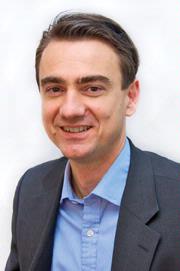