To win projects in new industries, states need to adapt incentives
to accommodate new businesses and their unique tax structures. 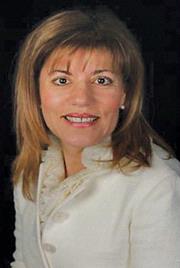 he pace of change in our business world is more rapid than at any other time in our nation's history. Just 10 years ago we barely knew what "Google" was: When someone said they "Googled" somebody, you wondered if this was proper or legal. At the same time the LEED designation and sustainable energy were more of a nice-to-have designation versus emerging as a mandate.

Cleaner energy is here to stay. Some states — such as Minnesota, which currently has the highest renewable mandate — will require that 25 percent of their energy base come from sustainable alternatives by 2025. To meet this requirement some $15 billion in renewable technology will need to be purchased for the state of Minnesota alone.

In order to fulfill these renewable energy requirements the U.S. federal government is supporting the industry by offering Department of Energy Loan Guarantees for numerous projects. Each state wants to win and support these renewable energy industries, as this perhaps is the biggest opportunity to win manufacturing jobs and their accompanying tax base since the exodus of manufacturing positions to Asia and Mexico.

At the same time, as the world has rapidly adapted to technology driven by communication devices and other systems that require 24/7 Internet access, this has exponentially driven the need for more data center capacity. With this need, data centers require mega-investments in technology with the required utility infrastructure and usage.

Renewable energy and data center capacity are two thriving activity areas despite the slow economy. It is important for states to position themselves well in order to win their share of these expanding businesses.

But both industries have unique tax structures or exposures that for the most part have gone unaddressed by most states, and which puts some states at a distinct competitive disadvantage.

Renewable energy companies are for the most part in a start-up position where they have had to make substantial investments in R&D technology and capital to produce their products without the initial revenue streams. These companies, which generally have high earning potential, are typically in a net operating loss (NOL) position.

States that have non-refundable income tax credits as the cornerstone of their incentive programs will not be able to compete well within the renewable energy industry. If a prospective renewable energy company has net operating losses, as they most often do, the company cannot use the non-refundable income tax credits for many years, if at all. Start-ups are by nature cash starved.

Every state must act as a fiduciary to its constituents and ensure that taxpayer money is used wisely. The DOE does an excellent, though time-consuming, job of screening prospective businesses and ultimately guaranteeing loans, which mitigates risk.

One of the best approaches to helping these companies who are in a net loss position is to let them take the income tax credits generated against either withholding taxes or sales tax. The credits become self-funding to the state as they often require job creation or spending to access.

Recent legislation in both Georgia and Utah has addressed the need for flexibility. Georgia's changes recently allowed a refundable withholding credit, regardless of the site's county tier [Ga. Comp. R. & Regs. 560-7-8-.36(10)(a)]. Utah allows for income tax credits to be applied towards sales tax and other taxes paid [Utah Code Ann. § 59-7-614.2(2)].

The Clause That Refreshes

Here's the 10-year cost penalty for the site with the 9-percent sales tax:

It would not be a difficult decision from a shareholder standpoint as to where the data center should be located.

The Need for Incentives in Renewable Energy and Data Center Industries

The concept behind incentives, whose need is often hotly debated by academics, is to offset the extraordinary costs of infrastructure needs, start-up costs, and the investment required in skills training for new workers.

Paradoxically, a business with a new facility has the highest risk with hiring and training workers and the biggest drag on return on assets employed (a Wall Street metric) when real and personal property taxes and sales taxes are at their highest.

Having worked in both industry and consulting for many years, I can tell you that incentives absolutely matter when companies evaluate the internal rate of return ("IRR") for each site. Many sites without the accompanying infrastructure or trained workers would not be considered at all if costs were not offset. In addition, shareholders demand the best returns for their investments, and high investments are scrutinized by corporate boards.

Job creation and increasing the tax base and revenue are paramount to getting our economy restarted. These are among the most important issues being discussed in the upcoming elections. Now is the time for all states to evaluate their programs which have historically served the traditional manufacturing plant or office needs. New industries that are driving most of the current market activity will greatly benefit from changes in state statutes that can be addressed in upcoming legislative sessions. The different tax profiles of both renewable energy manufacturers and data centers require programs that are specific to their needs, but that are no less important to these new businesses in making investments and site selections.

Ann Marie Woessner-Collins is Managing Director at Jones Lang LaSalle and manages the Business and Economic Incentives team in North America. From 1986 to 1999, she served in various positions with PepsiCo subsidiary Frito-Lay Company, lastly as Director of Incentives, Energy and Purchasing.