Ready for Its Close-Up 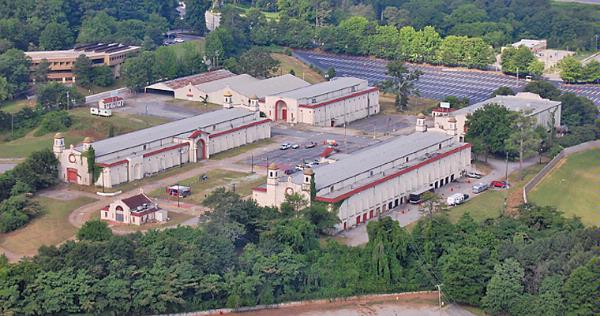 ris Bagwell describes the new EUE/Screen Gems Studios in as half studio, half construction site. Bagwell, the executive vice president in charge of the studio, says that will rapidly change as the new entertainment campus develops into a major film production complex with more than 100,000 sq. ft. (9,290 sq. m.) of studio space. The new campus is being developed on a 30-acre (12-hectare) site formerly known as Lakewood Fairgrounds. EUE Screen Gems has signed a 50-year lease with the City of , which owns the property.

New York City-based EUE/Screen Gems specializes in the operation of studio facilities and is using the property as a studio complex for television, commercial, digital and film production. The company should not be confused with Sony-owned Screen Gems Studios, which is a movie production company.

It is renovating four buildings which were formerly used as exhibition halls at the old fairgrounds. The company, which also operates studios in , , and , is also building a 37,000-sq.-ft. (3,473-sq.-m.) sound stage, which will tie with one of the studios for the distinction of being the largest on the East Coast when it opens in March. While the facilities offer plentiful space and are just seven miles (11 km.) from 's tax incentives were the tipping factor.

"We wouldn't be here without it," Bagwell says of 's film industry incentives program. "We might be in another state. Screen Gems has always been aware of this place and its history and has been waiting to get into the market."

The cornerstone of the 2008 Georgia Entertainment Investment Act is a 20-percent investment tax credit. Production companies that spend a minimum of US$500,000 in the state on qualified production and post-production expenditures in a single year are eligible for this credit. This includes most materials, services and labor. The 20-percent credit applies to both resident and out-of-town hires working in with a salary cap of $500,000 per person, per production. The act also provides an additional 10 percent tax credit if a production company includes a promotional logo in the qualified finished feature film, TV series, music video or video game project.

Television production is already up and running. BET is shooting "The Game" series in one of the existing buildings. Bagwell says the studio where the CW Network shoots the "One Tree Hill" series has become a popular tour destination, and he expects the studios to become a tourist attraction as well.

"There are a lot of Europeans who literally put on their tours because of 'One Tree Hill,' " Bagwell says.

A major attraction for EUE/Screen Gems is what Bagwell describes as the "booming" film, digital entertainment and TV business in . He says EUE/Screen Gems is looking forward to joining the existing film infrastructure in , which includes Turner Studios and Tyler Perry Studios.

In an effort to further boost the state's film fortunes, The Georgia Film, Music & Digital Entertainment Office launched the state's Camera Ready Community Program with the first 16 counties being designated during a ceremony on Oct. 7 at EUE/Screen Gems Studio. Camera Ready is a designation established by the state to offer film and television production companies faster and easier access to local resources. The first Camera Ready counties are Bibb, Carroll, , Coweta, DeKalb, Dougherty, Emanuel, Floyd, , Hall, , Lowndes, Morgan, , and Wilkes.

reaped a record film crop during the state's 2010 fiscal year with 348 movie and TV productions shot in the state and more than 50 counties hosting a production. The economic impact of entertainment industry projects in the state was approximately $770 million. Recent movies shot in include "The Blind Side" and "Get Low."

"We have a very aggressive tax credit package and we are reaping the rewards from it," says Heidi Green, commissioner of the Georgia Department of Economic Development. "I encourage all counties to become a Camera Ready community. It will allow the industry to have more access to ."

The National Conference of State Legislatures says that 45 states and offer motion picture incentives. States without incentives, according to the NCSL, are , , , and . Many states are scrambling to enhance their current incentives. One of those is , where the current incentive is a 20-percent post-performance tax credit or cash rebate on dollars spent in . The Utah Film Commission is pushing for an increase in the percentage to keep the state competitive, and so far has met with favorable reaction among legislators.

"At an interim session in August, they actually asked us to ask for more," says Marshall Moore, director of the Utah Film Commission. "That's the cue we took from legislators. We were looking to go to 25 percent and they said, 'Why not go to 30?' Their mood was one of telling us it's working, but not working well enough. Part of our presentation is to show the success we have, but we showed the missed opportunities as well, such as the productions we worked with and felt like they were coming here, but went somewhere else."

says that while many productions look at for specific locations like the Bonneville Salt Flats or , incentives are necessary to compete with other states for many projects.

"When it's up for grabs, we are not in tier one, we're kind of in tier two. We want to move into tier one."

The Utah Legislature convenes in January. says he hopes the increased incentives will be passed by March.

Asked to list the states he considers to be tier one in terms of incentives, named , , , and . has the nation's top film tax credit with 42 percent. 's credit, enacted in 2008, has been criticized recently by the Michigan Senate Fiscal Agency for costing more than the revenue it creates.

"It's very incentive driven, but you still have to have the assets on the ground to close the deal," says 's Heidi Green of the industry, noting the steady growth of film production supplier firms in her state, from cameras to costumes. But as befits showbiz, the PR spin-off can be just as appealing. None other than Robert Duvall was heard to extol the merits of the small town of Crawfordville, about two-thirds of the way to Augusta from Atlanta along I-20, on the NPR radio show "Fresh Air" after filming "Get Low" there. Several films, including "" and "Paris Trout," have been shot in the town, precisely because it has not grown and modernized the way most economic developers would envision.

"Miley Cyrus was here filming a movie ["The Last Song"] for several months," says Green of a recent film shoot on , near . "Just the earned media alone, in terms of raising Georgia's profile, is so hard to put a price tag on. For months, there was Miley having dinner, waterskiing, twittering from GA — that kind of media we could never buy." 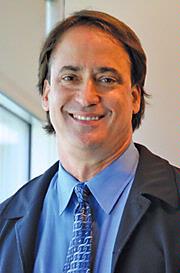