While much of the world slowly emerges from the crisis, Germany is
setting records for economic growth and new corporate facility projects. 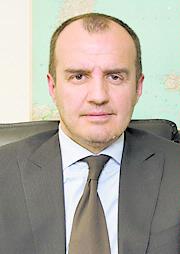 ermany posted a GDP growth rate of 2.2 percent in the second quarter of 2010, the highest in 20 years. Growth slowed slightly in the third quarter, but the forecast annualized growth rate of 3.4 percent (according to Federal Ministry of Economics and Technology) would be the envy of most nations not named China or India.

A look at the Conway Data New Plant Database, which tracks new corporate facility projects, shows a steady and staggering pattern of growth over the past five years, with nary a hint of a slow-down during the global recession.

The vast majority of new corporate facility projects in Germany come from the U.S., either directly or via European subsidiaries. Arizona-based First Solar, the world's largest manufacturer of thin-film solar modules, recently announced a new $200-million facility in Frankfurt. This will be the largest thin-film plant in Europe, and will create hundreds of new jobs at a time when competition for such jobs has never been fiercer.

Federal and regional governments provided incentives worth €30 million (about US$41.5 million), to help lure the project.

Incentives in Germany work a little differently than they do in the U.S. Michael Pfeiffer, chief executive of Germany Trade & Invest, explains: "Rather than simply granting tax holidays, Germany's various instruments especially target innovative small and medium-sized enterprises, providing critical assistance during the initial investment stages. During the start-up phase, businesses can receive support ranging from cash grants to interest-reduced loans and public guarantees. Thereafter, they can also qualify for operational incentives covering labor-related and R&D costs. This extensive package is available to German and foreign companies, regardless of their country of origin."

Rob Denman, CEO of London-based Pathfinder Business, believes Germany set itself up for success a decade ago.

"It was decisions taken nearly 10 years ago to support what is now recognized as the forerunner for feed-in tariffs that put in place the building blocks for some of the leading 'new' companies in the solar and cleantech space," says Denman. "Germany's ability to weather the economic storm of the last couple of years is due to a combination of their creating a relatively diversified economy without a reliance on financial services, a strong reputation in engineering and intelligent manufacturing and some truly sector leading global brands creating additional pull factors for other players who want to be close to the best.

Denman says the Germans have developed and used core FDI strategies around incentives and clusters and developed world-renowned centers of excellence. "They have also developed a globally recognized position as leaders in growth sectors that many markets are now chasing to find a competitive position, such as cleantech."

Germany continues to attract projects in more traditional sectors, like automotive parts and distribution. ITT Corp./Motion Technologies will open a new $10-million automotive and mass-transit R&D center in Frankfurt this month. Piero Bruno, vice president and private transportation director of ITT Motion Technologies, tells Site Selection that the decision to move their plant to Frankfurt was an easy one.

"The decision to relocate to Frankfurt was made to be closer to additional railway product development capability," says Bruno. "From the Frankfurt airport all major European cities can be reached in less than three hours flying time, and whoever or whatever arrives has a seamless connection to the rail and road network."

Rob Denman suggests that reputation, as well as long-term planning, plays a role.

"Germany has also developed well-recognized excellence in innovation, and has created the best environment for R&D," he says. "For example, German brands such as Siemens have been taking the lead and innovating certain aspects of the cleantech sector such as the long distance transportation of electricity [high voltage direct current]. It is this innovation that will keep attracting other companies to want to come and be close to the best organizations and, importantly, to give them access to the best talent that will keep Germany at the center of Europe."

Not even the biggest global economic slowdown since World War II could tame Germany's astounding growth. Will it continue? Only time will tell. For now, however, it's clear that Germany remains a top location of choice for corporate facility projects, across a broad spectrum of industries. 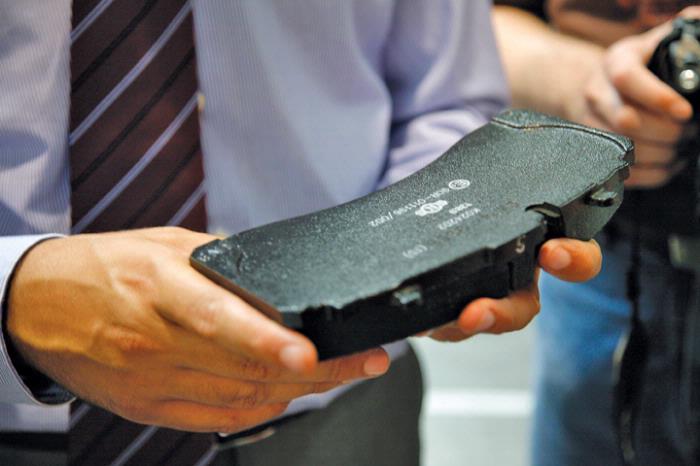 Among the products ITT Motion Technologies will test at its new $10-million automotive and mass-transit R&D Center in Frankfurt are parts like this brake pad for trucks. “In Germany there are key customers in the transportation markets, especially for Central and Northern Europe, which today represent the largest portion of our business,” says company executive Piero Bruno.
Photo courtesy of ITT 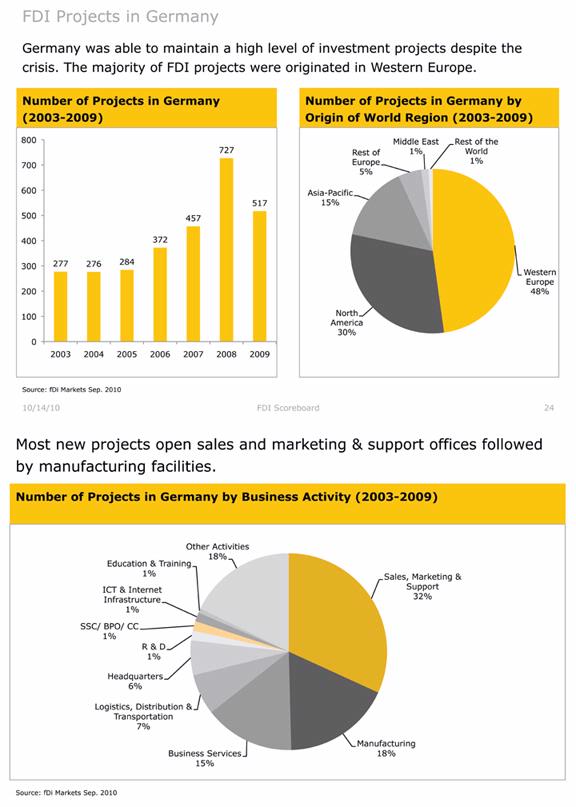 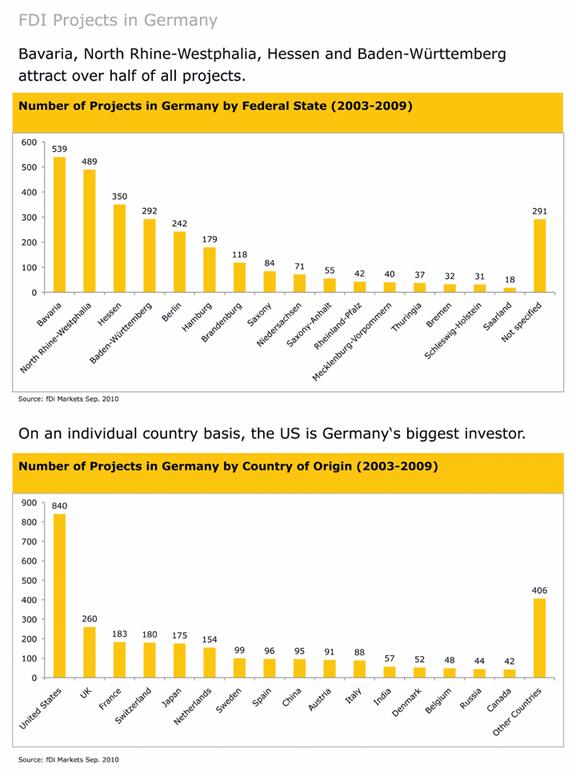 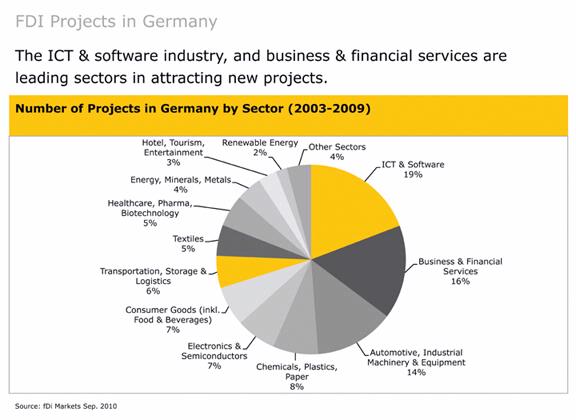 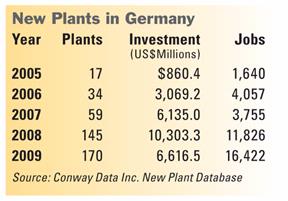