Gov. Mark Parkinson’s business-like approach has
Kansas in the black and companies looking to expand. 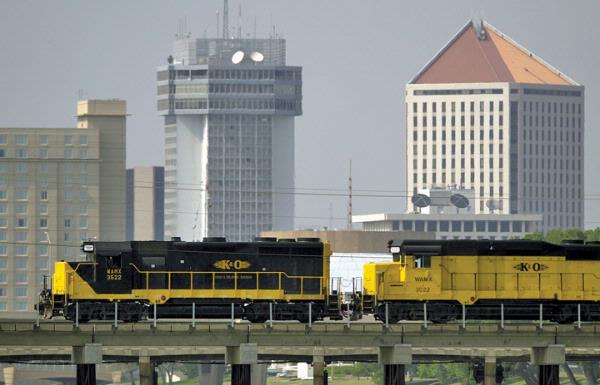 Watco Companies Inc., headquartered in Pittsburg, Kansas, is the owner and operator of the KJO and SKOL railroads. The company is expanding its rail yard in Cherryvale and recently renovated its corporate headquarters in Pittsburg.
M

No, that is not his title, but the governor who ran on a platform of bringing business principles to the statehouse is doing just that.

With a business climate that now consistently ranks in the top ten in the nation, plus a balanced budget and a state surplus, Kansas has become a model of efficient and effective state government.

It was no accident, says Parkinson. Rather, the transformation came about as the result of a calculated strategy — and lately that strategy has paid dividends in the form of a wave of corporate facility expansion projects.

In a wide-ranging interview with Site Selection, Gov. Parkinson outlined his business-like approach to state government and explained his model for making Kansas more attractive to corporate employers.

SITE SELECTION: What have been your most important economic development accomplishments?

GOV. PARKINSON: Number one is that we invested heavily in a transportation plan. We have a history of spending money on infrastructure — going back to the 1980s, 1990s and 2000s. We just passed one this year for the next decade. It creates jobs in the short term and opportunities down the road. Second would be the creation of a renewable energy industry that is wind turbine related. We have tripled the wind production in the state and attracted three wind turbine manufacturing firms to the state. NBAF is the third — a $600-million project that will end up being a $1 billion bio-defense lab in Manhattan, Kansas. Thirty states competed for that and we won it. It will result in hundreds of scientists moving to Kansas. It will help our animal health corridor.

SS: What public policy changes did you implement to improve the business climate of your state?

PARKINSON: We have lower than average taxes. We have higher than average services. We consistently rank among top ten in public schools and we have very good research universities. We just try to keep that going. We got ahead of the budget problems that have affected the state and the country over the last couple of years. We cut back the budget back in 2009 and spread the pain out over three years. We prevented a dramatic fall-off in spending. We have a balanced budget in Kansas and a surplus in the bank. Because of my business background, we just applied sound business practices to the budget. One example is the passage of the transportation plan. Second was the elimination of the property tax on new business and equipment. It was eliminated during Gov. Kathleen Sebelius' term when I was the lieutenant governor. That is extremely important. We hope that we have remained competitive in the other areas.

We are a model state in terms of tort law. We have caps on lawsuits in Kansas. Our workers' comp laws have reached a good balance. And we have cheap energy costs in Kansas. Plus our credit rating is very good.

SS: What are the three biggest challenges remaining for Kansas to become even more competitive globally?

PARKINSON: In the short term, we need the national economy to recover. If the national economy does not recover, the state of Kansas will slide back as well. In the longer term, we need to continue to improve our education opportunities so we can train the work force of the future and be competitive. Over 50 percent of our budget is spent on education. Thirdly, the jobless rate is 9.5 percent. In many niches of the economy in the future, there will be worker shortages. States that produce a well-trained work force will have a competitive advantage. The question companies will ask is — can you get us the workers? Once this recession is over, that phenomenon will reappear.

We have told our regent schools — universities and community colleges and technical schools — that you need to be training people so that when they graduate they have a skill that will be in demand in the marketplace. We want them trained for a profession. They are producing grads that will fill the work force needs of the future.

SS: What role should incentives play?

PARKINSON: My belief is that the best economic development is to create an infrastructure and an environment that cause the marketplace to naturally steer companies to your state. Good roads, good schools and a good business climate are all essential. Unfortunately, we are in competition with every other state and that has resulted in an explosion of payments to companies. That is artificial economic development, but it is a reality and we have to use it. We have to use incentives strategically and use them for companies that naturally fit into our state.

Also, we absolutely must not overpay. We definitely have all the incentives that other states have. But real, long-term economic development is all about infrastructure.

SS: How does your state compete on work force and education?

SS: What is your role in recruiting companies?

PARKINSON: I am very involved in recruiting companies to come here and in retaining companies. The advantage of a small state is that companies have access to leaders at all levels. I recently spoke with the leader of a Fortune 50 company. He was amazed that he was getting a call from the governor. That had never happened to him in his home state before.

SS: What advice would you give to corporate executives who are searching for a central U.S. business location?

PARKINSON: The reasons to move to Kansas include our central location, our great and trained work force, an excellent infrastructure and a very good business environment — low taxes, inexpensive energy and good schools. It is usually one or a combination of all of those reasons. 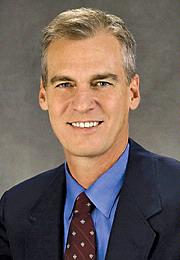 Under the leadership of Gov. Mark Parkinson, Kansas has secured a credit rating with Standard & Poor’s that is “AA+ with a stable outlook.”