If It’s Not Broken,
Don’t Fix It 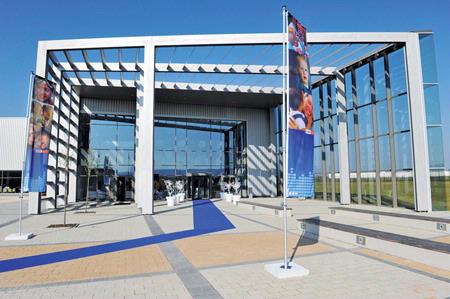 BD is ramping up for production at its new plant in Tatabánya, Hungary.
Photo courtesy of BD
M

edical device heavyweight Becton Dickinson may be one of the busiest companies in the sector in terms of current real estate activity. The company is expanding globally with recent projects in , , and .

The distribution center will create 190 jobs, pushing BD's total in to more than 1,000. That is the company's second largest concentration in one state, behind and just ahead of . In May, the company also opened a new US$14-million manufacturing facility in

Steve Sichak, Becton Dickinson's senior vice president, integrated supply chain, says the company starts its location search with an analysis of its business requirements for each project. The distribution center site hunt covered locations stretching from to . Sichak says BD is proud of the fact that it exports about a third of the products made in the to markets in Latin America and . The emphasis on exports makes it essential to have good port access. The new facility will be about 100 miles (161 km.) from the .

"In the case of the distribution center in , we had a geographic band we were looking within," Sichak says. "We needed access to a port and we wanted to put it in the center of the in terms of the volume of our business. Then, you start to drill down to specifics about the locality, the labor availability, incentives and the availability of a particular site. In the final stages of that particular decision, we selected ."

Sichak says BD goes through the same process in its manufacturing site picks, but with different specifics.

"One of the first questions is 'What is the primary driver around a manufacturing decision?' meaning 'Are we trying to reduce our costs, or are we dealing with something that is very sophisticated and high-tech, and are we looking for skills and capabilities?' "

As the process unfolds, Sichak says, BD looks at who will be the suppliers and the customers of the manufacturing facility. That process also leads to development of geographic bands where facilities might be sited.

"Looking at our decision to start manufacturing in , we are following our customers and looking for a cost-effective place to establish manufacturing and take known technologies and build a fair amount of capacity. As we looked at options, we looked as far away as Asia and as close as . When all the factors came in, it was down to two to three countries."

At that point, BD begins looking at specifics. Sichak says a site was chosen in , but it ultimately became a "false start" when the company began to encounter local resistance to the project. That caused the company to pause and ultimately change cities within , he says. That led to development of a new production facility in Tatabánya. Construction of a €100-million (US$138.5-million) pre-fillable syringe manufacturing facility began in 2008, and production is expected to start by the end of 2010. BD is expected to employ approximately 500 people at the facility by 2014.

BD held a grand opening observance in March at its new $16.6-million facility in . The company expects to employ 140 when the plant reaches full capacity. The products manufactured at the new plant are cut stainless steel tubes which will be sent to other BD plants for finishing operations, including grinding, cleaning and needle assembly. The company has had a presence in for 25 years.

" and are really build-outs of existing capabilities," Sichak says. "When you have a project like , which is developing new capacity, you go through a exercise and explore the globe. When we are in appropriate strategic locations, we continue to expand. We have been in since 1985 with this particular business and it works really well and is growing rapidly. All the reasons we cited in 1985 remain factors for us."

Sichak says much of what BD does in is knowledge-based, rather than labor-based. He says the compelling driver for its operations in the Tar Heel State is their proximity to universities. He also has high praise for the state's business recruiting efforts.

" is well organized in its business development area. They are easy for us to access and link up with. They are proactive and have really thought through the requirements of businesses and are investing appropriately. Some comes in the form of incentives, but a bigger part comes in the form of availability of skilled labor, investing in higher education and being supportive of universities. is among the better performers from an economic development perspective, and we get access to government when we need it."

BD is also creating a professional service center in with the help of a $1.56-million Texas Enterprise Fund Grant. The center will house human resources, customer service operations and financial services and will employ nearly 300.

"A component of it is a call center, but it is much broader than that," Sichak says. "There, we went through an exhaustive search, starting with 190 cities. We looked at the availability and cost of labor, the quality of life for our associates and in the end came down to two locations. Incentives came into play, but no one was ruled out because of a lack of incentives. If you get down to the final decision, it can sway you one way or another."

Sichak says BD's manufacturing processes are becoming more complex and more automated. In the , the company's dependence on direct labor and semi-skilled labor is going down while its dependence on technical labor is rising.

"Instead of hiring an operator, we are hiring a technician," Sichak says. "As you automate, you are able to improve quality."

To ensure that the company has a good supply of labor, BD works with high schools, community colleges and universities near each of its locations. Sichak says BD is proactive in each community in labor development.

"In some towns we work with local schools to make sure courses in mechatronics are available. When we get to the junior college and university level, they come in to offer classes to those who already work for us. We are really committed to the growth of our associates and we want to help them with their skills. That's always our starting point."

For a country of 7.8 million people, boasts a diverse array of world-renowned, high-tech medical equipment manufacturers. The companies stretch from in the east to the area in the west. Many companies have evolved from the watch-making industry and other precision-oriented manufacturing sectors. The industry is growing, with many companies in expansion mode.

Surgical implants for fractures and joint replacements are a major area of concentration in . One of the fast-growing companies in this sector is Basel-based Medartis, which specializes in the development and manufacturing of skull, facial and hand titanium implant systems.

Medartis CFO Dominique Leutwyler says his company wanted a building that offered the right blend of office and manufacturing space when it decided to consolidate operations from three locations into a building in the in 2009.

"It was a very big project to bring us into town from three different places," Leutwyler says. "A very important part for us is that all our people now know each other. Before, we had to drive a half hour to our manufacturing site."

Leutwyler says the business park is convenient to transportation systems in and in , which is important as many of the company's employees commute from 's northern neighbor. Medartis currently employs 136 in and has leased 18,000 sq. m. (193,860 sq. ft.), but currently occupies just 65 percent of that space. Leutwyler says the building should provide Medartis with room for growth for the next 10 to 15 years.

Another big name in Swiss bone implant production is Zimmer. Headquartered in , , the company has its European headquarters in , where it produces hip, knee, elbow, shoulder, spine and trauma products. Zimmer acquired the Swiss operation from Centerpulse in 2003. Centerpulse was formerly Sulzur Medica, part of the venerable manufacturing group Sulzur.

Zimmer produces 1.6 million parts for implants annually in and employs 570 manufacturing workers. Roland Gahwiler, director of operations for Zimmer Europe, says the company's annual growth has averaged in the three- to five-percent range. He says the company is looking at adding space in nearby empty manufacturing buildings, but he does not expect its employment base to grow.

"We plan to do more automation," Gahwiler says. 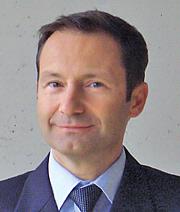