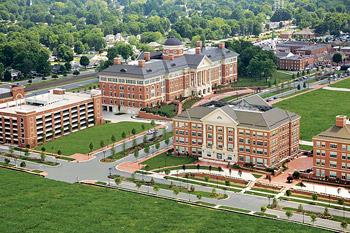 orth Carolina has a long and distinguished history of alliances among universities, and between universities and business. The Research Triangle Park (RTP, www.rtp.org), which encapsulates both models, is generally regarded as the most successful university research park in the world. It was begun in the 1950s during a time of significant economic transition in North Carolina. The leaders who conceived the park envisioned the three research universities in the region — Duke University, North Carolina State University, and UNC-Chapel Hill — as institutions that could both anchor and catalyze the economic transformation of the entire state.

It was not simply the presence of three research universities in three proximate cities that drove the RTP vision; it was the opportunities for the three universities — each with differentiating competencies — to work collaboratively across institutional and jurisdictional borders, that distinguished this unique vision. The three universities confederated with the Research Triangle Foundation of North Carolina (the entity that manages and operates The Research Triangle Park) to create Triangle Universities Center for Advanced Studies, Inc. (TUCASI) to, in the words of UNC Greensboro author Dr. Albert Link in a book chronicling the history of The Research Triangle Park, create a "park within a park" to accommodate unique university and nonprofit projects. The first tenant in the TUCASI section of RTP was the National Humanities Center of the American Academy of Arts and Sciences. Many other world-class facilities have followed, including the Microelectronics Center of North Carolina (now known simply as "MCNC"), the North Carolina Biotechnology Center, and the National Institute of Statistical Sciences.

Driven by the Private Sector

The international prominence of RTP, however, is largely attributed to the many private sector companies that have also located in the park, attracted in large part by the region's three research universities, as well as numerous other higher education institutions in the region. These companies range from entrepreneurial start-ups to globally branded companies such as IBM, GlaxoSmithKline, Fidelity Investments, Credit Suisse, and Biogen Idec, among many others. Whether a company is commercializing intellectual property created at Duke, N.C. State or UNC Chapel Hill, leveraging faculty research and expertise, or simply hiring from a very highly educated pipeline of graduates, tenants are attracted to RTP because of its university partners.

While the State of North Carolina has benefited tremendously from Research Triangle Park, other regions of the state have also leveraged university alliances for economic advantage. Along North Carolina's coast, a number of universities are collaborating to position the state among the nation's leaders in marine science research. Coincidentally, the same three research universities that form the Research Triangle have marine sciences laboratories located in coastal Carteret County. Researchers at the Duke University Marine Laboratory, the UNC Chapel Hill Institute of Marine Sciences, and the N.C. State University Center for Marine Sciences and Technology work closely with one another and with scientists at the National Oceanic and Atmospheric Administration's Center for Coastal Fisheries and Habitat Research and UNC Sea Grant, also located in Carteret County, as well as with researchers at nearby East Carolina University.

The state's success in university alliances, however, is not limited to Duke, N.C. State, and UNC Chapel Hill. In the Piedmont Triad region of the state anchored by the cities of Greensboro, Winston-Salem, and High Point, all eleven of the region's 4-year colleges and universities, as well as the region's nine community colleges, have played a prominent role in the Piedmont Triad's Workforce Innovation in Regional Development (WIRED) initiative, funded through a grant from the U.S. Department of Labor to the Piedmont Triad Partnership, the economic development organization representing the 12-county Piedmont Triad region (www.piedmonttriadnc.com). The Piedmont Triad, historically a manufacturing center of the state, has been particularly hard hit by globalization and its impact on the region's legacy apparel, furniture, textile and tobacco products manufacturing industries, which has resulted in the loss of tens of thousands of commodity manufacturing jobs over the last decade. With the assistance of the USDOL WIRED grant, the Piedmont Triad Partnership has engaged these higher education institutions as key partners in the region's economic transformation strategy.

The North Carolina Center for Global Logistics (NCCGL), under construction on a new campus of Guilford Technical Community College in Greensboro, is a unique collaboration among 19 two- and four-year higher education institutions in the Piedmont Triad. This new center, the concept for which was developed through the WIRED grant, will be both a physical building with state of the art training and classroom facilities, as well as a portal for employers seeking logistics and supply chain research, employees needing continuing education, and students seeking careers in advanced manufacturing, transportation, distribution or logistics.

Although the Research Triangle, Piedmont Triad, and coastal regions of North Carolina have successfully leveraged university and community college assets already present there, perhaps the most creative university alliance in North Carolina is the new 350-acre North Carolina Research Campus (NCRC) in Kannapolis. (www.ncresearchcampus.net). Kannapolis, a quintessential textile "mill town," is now being transformed into a center of research and development after the closure of the Pillowtex plant in 2003.

NCRC officially opened phase-one in October 2008, with 750,000 square feet of research space, at the site of the former Pillowtex plant. Seeded with a significant investment from David H. Murdock, the former owner of Cannon Mills and the owner of Dole Foods Company, NCRC is a world-class research facility dedicated to the intersection of nutrition, human health, and agriculture research. Universities and private sector companies are now operating side-by-side on the campus, attracted by the unique opportunities provided to work collaboratively across institutional boundaries to discover new products that can improve the human condition. Eight universities — Duke University, UNC Chapel Hill, N. C. State University, UNC Charlotte, North Carolina Central University, North Carolina A&T State University, UNC Greensboro, and Appalachian State University — already have a presence on the first phase of the mixed use campus. In addition to Dole Foods Company, many other companies, including LabCorp, General Mills, and Monsanto, have already located research operations at NCRC.

There are many other examples of higher education alliances in North Carolina, and thousands more across the United States and around the globe. They range from large research parks to industry-university collaborations around a single product or innovation. The North Carolina experience demonstrates that higher education alliances can be created in areas rich with university resources and areas lacking four-year institutions, in settings both urban and rural. With technology, proximity no longer has to constrain alliances, and universities now collaborate with peer institutions, and with industries, around the world. Universities have become critical assets in the global economy, and companies and communities are increasingly leveraging these higher education resources for competitive advantage.

Don Kirkman, CEcD, was president and CEO of the Piedmont Triad Partnership from February 2000 to August 2010. On January 1, 2011, he will take the helm as the new president of Florida’s Great Northwest, a 16-county regional economic development organization. 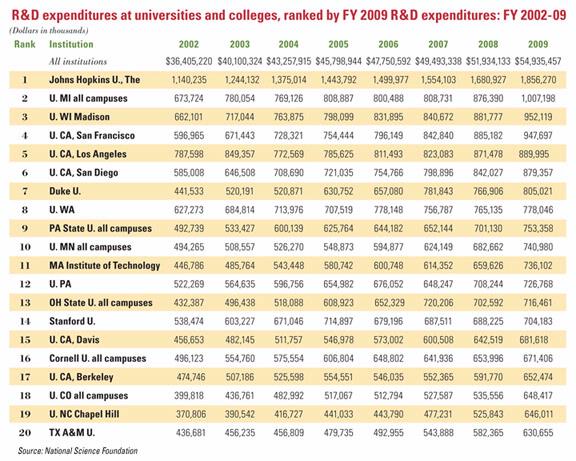 The University of Louisiana at Monroe's College of Pharmacy, the state's only public pharmacy school, is investigating the development of nanoparticles for targeted drug delivery, cancer and Alzheimer's treatments and the early detection of prostate cancer. The College of Pharmacy often collaborates with pharmaceutical companies to develop new drug formulations.