For retailer Target Corp., now’s the time to update and expand its distribution network. 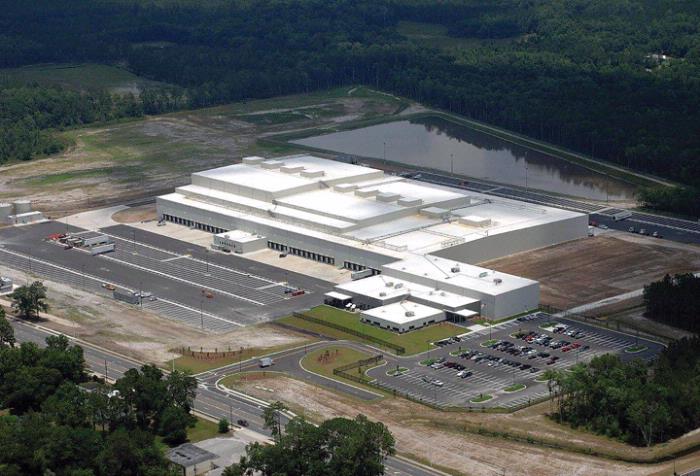 hirty years ago, the late Jim Ryan, eventual CEO of Ryan Companies US, Inc. from 1989 until his death from cancer in 2009 at the age of 66, was the project manager for Target Corp.'s fourth retail store, a conversion of a National Tea store in Bloomington, Minn.

While Ryan Companies doesn't have the corner on Target's facility needs, it's fair to say the relationship has flourished since then. Today, among a flurry of projects that now includes an entirely separate retail squad, Ryan is the lead developer for an unfolding sequence of nine Target distribution center expansions or upgrades across the nation.

"Besides accommodating Target's growth, these projects are aimed at extending the life of each facility," says Eric Engh, construction division vice president, Ryan Companies US, Inc. "Throughout the process, we ensure Target can maintain the centers' operating schedules and keep the distribution process humming."

As for ongoing projects, in Cedar Falls, Iowa, explains Engh, "We are working inside an existing perishable food distribution center that Ryan completed a year and a half ago, making interior modifications relative to temperature chambers, in addition to modifying the exterior guard shack and miscellaneous parking lot and trailer parking adjustments." A similar project is under way at the Target distribution center in Lake City, Fla. Other projects are under way in Phoenix, Ariz., and Pueblo, Colo. And in Denton, Texas, Target and Ryan will break ground in March 2011 on a new, multi-temperature, 360,000-sq.-ft. (33,444-sq.-m.) perishable food distribution center with office space and the latest in sophisticated material handling systems. Target also operates a distribution center on the other side of Dallas-Ft. Worth, in Midlothian.

Timing Important, But Not Everything

Strict air quality standards in Shafter, Calif., for example, meant special dust-reduction measures for the site to ensure compliance with regional regulations and to help speed the construction approval process. In Lugoff, Ryan had to excavate into a nearby foothill and haul 250,000 cubic yards (191,150 cu. m.) of soil off-site. Fortunately, the destination was right next door, and the property owner, C. Ray Miles Construction, was also the earthwork contractor on the Target project. "It was a very short haul, and very inexpensive for Target," says Engh, calling the firm and C. Ray Miles himself excellent project partners.

For each project, Target's goal is to minimize downtime and allow Target employees to work uninterrupted. This means enclosed construction zones for dust capture when cutting lumber, and cutting pre-fabricated steel panels for mezzanines into sections that can fit through doorways, to be reassembled in place on the other side.

Engh has worked more than 15 different non-retail Target projects over the past 10 years of his 15-year tenure at Ryan, and is in the middle of another Target project proposal as he speaks. While the Target multi-project plan appears unusual, he says Ryan has other unnamed clients also doing multiple facility expansions. He says companies are reusing existing facilities or enhancing them in order to avoid investing in a ground-up facility.

"Prior to the recession, most of the construction we were doing was stand-up full projects," he says. "Over the last 24 months, the amount of projects with expansions, modifications or technology enhancements is 80 percent of our work load."

Along the way, the firm tries to pay forward the loyalty exemplified by its long-term relationship with Target by working closely with city and county officials on approvals, entitlements, code and other issues that may be involved in adding large amounts of space to already-large facilities, including incentives. Local officials, especially in the down economy, have proved eager to support the investments.

"In a nutshell, our role has been to develop the relationship with the local community, to give the community trust in the combined Target/Ryan competency to put together a good project," Engh says. "Our best service to Target is working with the city ensuring timing, and that the approval of the project is comfortably managed … so we can construct per Target's guidelines and schedules. We've been fortunate to have good relationships with the communities we work in."