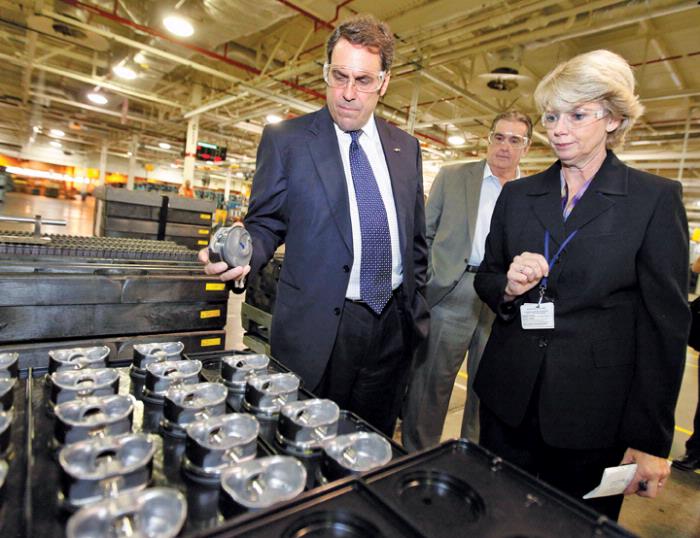 A bevy of household-name expansions is brewing in the Volunteer State.

uengling, which promotes itself as America's oldest brewery, began brewing its beer in Pottsville, Pa., in 1829. In 1999, the company expanded, buying a former Stroh's brewery in Tampa. That was followed in 2001 by the opening of a second brewery in Pottsville. Now, the company has its eyes on a former Coors brewery in Memphis, and hopes to finalize a deal by the end of the year. Yuengling has signed a letter of intent to purchase the facility from its current owner Chism Hardy Enterprises.

"We are in high-level discussions, but the deal has not closed," Yuengling COO David Casinelli told Site Selection on Oct. 18. "We hope we can get it done in the next few weeks."

Yuengling currently sells its beers in 13 Eastern states and Washington, D.C. The Memphis facility, which is currently being used as a bottling plant for non-alcoholic beverages, will give the company an expansion springboard to serve more states, but Casinelli says how far the company expands is yet to be determined.

"We are about growing our brands in a slow, methodical way," Casinelli says. "Memphis gives us access to markets and opportunities in the middle part of America. How quick and how far we expand remains to be seen."

Yuengling was not looking for a fourth brewery when it became aware of the availability of the Memphis facility. Up to that point, the company was looking for ways to increase capacity internally.

"We're always open to what's out there, and we received a prospectus that shared information," Casinelli says. "I was caught by surprise. I didn't realize it was an intact brewery. We went to take a look at it to see if the equipment could be used. It quickly became obvious that it's a massive facility, a neat opportunity and a great location with access to market."

Casinelli says it's too early to project the number of employees that will be hired. He says the number will be commensurate with the plant's eventual volume, which is also yet to be determined. Repairs will need to be made to the building, which was damaged by a tornado in 2008.

"We wouldn't start brewing right away because that plant hasn't made beer for a few years," Casinelli says. "We need to do some work on the plant. It will probably take a minimum of six months to get it operational to meet the needs of our company."

Three of America's venerable corporations — GM, General Mills and Whirlpool — are in the midst of major expansions and facility upgrades in Tennessee.

General Motors Co. will spend $483 million — which equals $1 million for each job it plans to add — at its power train complex in Spring Hill. GM will be building current and next-generation Ecotec four-cylinder engines. The additional work would bring to almost $2.9 billion the amount of new U.S. investment and 7,417 jobs that GM has created or retained in 20 U.S. plants since emerging from bankruptcy in July 2009. Employees to fill these positions will be recalled from layoff in accordance with the United Auto Workers-GM National Labor agreement.

The spending announced includes $23 million that would add 30 hourly jobs to increase production beginning in the first quarter of 2011 of the current-generation Ecotec engine used in popular products like the Chevrolet Equinox, Buick LaCrosse and GMC Terrain.

Whirlpool, in what it says is its largest investment in a single facility in the world, will build a 1-million-sq.-ft. (92,900-sq.-m.) LEED-certified plant to replace the company's existing 100-year-old facility in Cleveland. The new operation will produce built-in, premium cooking products. The $120-million project also includes a 400,000-sq.-ft. (37,160-sq.-m.) distribution center. Whirlpool plans to add 130 jobs to its current 1,500-member work force in Cleveland.

In Murfreesboro, General Mills is investing $100 million to expand its production facility which manufactures products for its Yoplait brand. The expansion will add about 80 jobs.

Manufacturing of auto parts in Tennessee is big business. The state estimates that more than 82,000 people work in the sector with primary, secondary and tertiary suppliers. That number will grow significantly in the near future as several suppliers plan new manufacturing facilities. Following is a summary of recent investments.

IB-Tech, a subsidiary of Japanese-owned auto parts manufacturer Imasen Electric Industrial Co., Ltd., will open a $50-million production facility in Mount Pleasant. IB-Tech manufactures seat adjusters, and will create 385 jobs in Maury County. IB-Tech will start production planning in 2011 with full production in 2012. The company will supply Nissan's plant in nearby Smyrna.

The expansion comes after the company was recently awarded a contract by Volkswagen to provide automatic gear shifters for a new mid-size sedan that VW will begin producing in 2011 in Chattanooga.

In Shelbyville, SMW Automotive, a Tier 1 supplier of automotive chassis and suspension parts and subassemblies, will invest $26 million in a 131,000-sq.-ft. (12,169-sq.-m.) facility. The company supplies several auto builders including Nissan and Volkswagen.

NHK Seating of America, the U.S. subsidiary of a Japanese company, plans to locate a facility in Murfreesboro. NHK will spend nearly $54 million to build the facility and is expected to employ up to 224 workers when all phases of production are implemented in 2015. Initial production at the Murfreesboro facility will be the manufacture of automotive seat frames, but company officials say they hope to expand the product line over time. 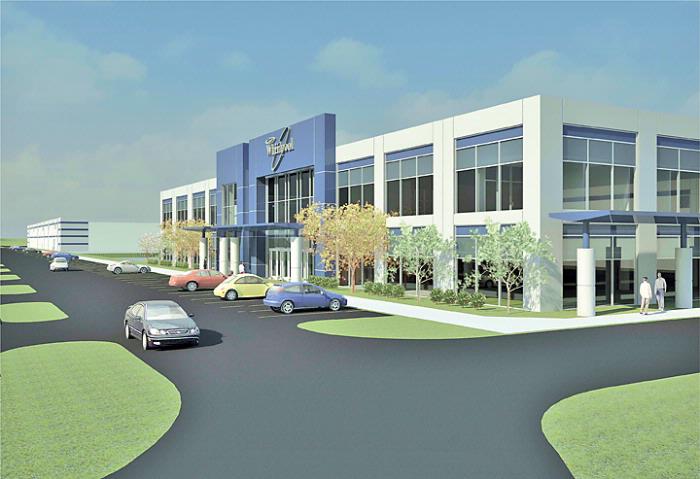 In its largest single-site investment, Whirlpool is spending $120 million to build
a new LEED-certified plant to replace its 100-year-old facility in Cleveland.
Image courtesy of Whirlpool