Helping growing companies lower their expansion costs
proves to be a winning strategy in Minnesota.

anufacturing the energy-saving, electronically tintable glass used in commercial building windows and skylights "is a very capital-intensive business," according to an industry insider presiding over a corporate facility expansion in .

A nationwide site search landed this project in , , and 's money-saving initiatives helped cinch the deal.

SAGE Electrochromics Inc. will build a US$110-million factory next to its headquarters in and add 160 permanent jobs to the local economy. "It makes good strategic sense for SAGE to expand in ," said John Van Dine, CEO of SAGE. "State and local officials understand the needs of our business and were very cooperative in helping us lay this foundation for our future."

JOBZ is an enterprise zone-like program that runs through 2015 and provides tax exemptions for sales tax, income tax and property tax. For SAGE, the benefits of the program were extended through 2020.

"JOBZ helped us in our hiring in the early years. Down the road, it will be a huge advantage when we become profitable and start saving on the income tax side as well," says Mike Kennedy, CFO of Sage. "These incentives are all designed to grow jobs. We committed to 26 new jobs and ended up creating 48 overall when we first moved here from . We are now at 90, and we are committing to an additional 160 positions once this project is completed."

Kennedy says the project will break ground within the next month and the new plant will be operational in 2012. "This will be a very technical, clean-room environment, and every job will be held by a knowledge worker," he notes.

"SAGE was our big announcement of this year," says Dan McElroy, commissioner of DEED. "SAGE wanted to be part of the silicon glass industry cluster here, and JOBZ made it possible for the company to grow right here in ."

Located about 40 minutes south of the Twin Cities in , SAGE grew out of laboratory research conducted at in in the early 1990s. Like prescription sunglasses that change color as they are exposed to sunlight, the commercial glass made by SAGE changes its tint via electronic impulses throughout the day. The glass has a range from 2-percent to 60-percent light transmission, says Kennedy.

"There is a great concentration of glass companies in . This is the of the window industry," says Kennedy. "Cardinal Glass and Marvin Windows are huge here, and on the commercial side there are large plants here as well. A lot of knowledge base and glass industry expertise is located in ."

SAGE employed Deloitte to conduct a national search to find the best site for the new plant. " is not the highest in the incentives world, but the work force and JOBZ and other advantages made this the right place to be," Kennedy adds. "Demand has been growing for this product in the market. That means we must ramp up to do larger-scale manufacturing. As we go to producing higher volumes, it will create a greater economic advantage for us."

Increasing market demand also prompted the creation of a new partnership and facility project that will serve the nuclear power industry. NuCrane Manufacturing LLC was formed in as a partnership between Hutchinson Manufacturing Inc. and PaR Nuclear, a wholly owned subsidiary of Westinghouse/Toshiba Nuclear.

NuCrane will manufacture a set of cranes for each nuclear power plant that Westinghouse builds. The new 54,000-sq.-ft. (5,017-sq.-m.) plant in will make these cranes and employ up to 60 workers upon full production. The project will see an initial capital investment of up to $8 million.

Bill Burns, president of PaR Nuclear, says Westinghouse chose the site in Hutchinson, about 50 minutes due west of the Twin Cities, because of his company's existing relationship with the vendor.

"They are a local, high-tech, precision manufacturer that serves a variety of high-tech operations," he says. "They do some very nice work, and PaR is the largest producer of specialty handling equipment for the nuclear power industry. This made for a very nice fit, and it will allow Westinghouse to grow significantly."

Another Project On the Horizon

Burns adds that there were "many positive factors for choosing this location. We received some tax benefits from the county and subsidies from the state for training the workers. It was very advantageous given the employment picture in and the available resources. The competencies in craft labor — especially welding, machining and electrical work — are evidence that the educational system in enables us to find the right type of people."

In addition, notes Burns, "over 70 percent of our supply is Minnesota-based. Our first crane is due for shipment on May 31 of next year. It will be delivered to a nuclear power plant that Westinghouse is building in ."

Burns explains the NuCrane was formed so that his company could achieve double-digit growth "over the next few years. We are a global supplier, and we deliver products to sites on all of the continents," he says, adding that "our plant in , may be the target of our next expansion and investment. We are rapidly growing out of our current plant at that site," located on the northeastern edge of the Twin Cities metro area.

"We are experiencing a mineral exploration boom that will continue, we believe, for the next 20 years," the commissioner says. "We are seeing tremendous growth in the iron ore mining business, copper nickel and manganese." 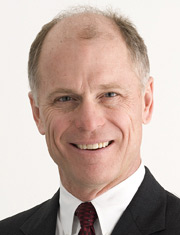 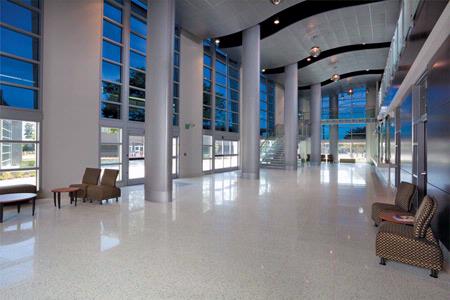