Broadband Among Keys For Economic Expansion 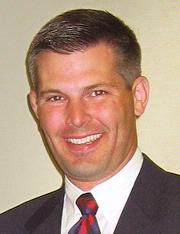 n this November's mid-term elections, the single most important issue, by leaps and bounds, will be the economy, and more specifically job creation. National polls consistently reveal that no other issue is even close. One tool that has proved critical to job creation initiatives in all parts of this country is access to broadband.

Although a universally accepted definition for broadband remains elusive, it is generally considered high-speed Internet as contrasted with the antiquated dial-up service that was customary in many offices and homes a number of years ago. While dial-up service delivers only 56,000 bytes per second or 56K, broadband typically delivers speeds 100 times faster. Using either DSL (digital subscriber lines), cable, or wireless (delivered via satellite), broadband provides Internet users with substantially more bandwidth.

Simply stated, more bandwidth means greater speed and broadband can deliver several million bytes per second or megabytes/Mbps. The Federal Communications Commissions's (FCC) Sixth Broadband Deployment Report released on July 20, 2010, states, "The National Broadband Plan recommends as a national broadband availability target that every household in America have access to affordable broadband service offering actual download (i.e., to the customer) speeds of at least 4 Mbps and actual upload (i.e., from the customer) speeds of at least 1 Mbps … It is the minimum speed required to stream a high-quality even if not high-definition video while leaving sufficient bandwidth for basic web browsing and e-mail …"

For illustrative purposes, the difference between dial-up and broadband could be characterized as filling a swimming pool with a garden hose or several fire hoses.

From the site selection consultant's perspective, broadband is essential. Ed McCallum, senior principal with McCallum Sweeney Consulting, one of the leading site selection firms in the industry, explains that access to broadband is imperative. "Generally, it's one of those factors we just take for granted and if it's not available, it's a bit of a surprise," says McCallum. He adds that lack of access to broadband would be a "huge red flag" in a competitive location search and could be considered an adverse quality-of-life issue for some.

The FCC's recent Broadband Deployment Report confirms McCallum's conclusion estimating that less than 10 percent of Americans do not have broadband as an available Internet option. "It is by this benchmark that we find that broadband remains unavailable to approximately 14 to 24 million Americans," the government report reads. While broadband is becoming ubiquitous, the most aggressive economic development organizations and communities are investing heavily in fiber optic infrastructures that will allow companies to communicate on dedicated fiber circuits. Such segregated traffic can provide both enhanced security, as well as speed.

"Speed and security have become absolutely crucial to business," says Pat McElroy, vice president of business development at Long Lines, a privately held company specializing in communication infrastructures in both metro and rural areas in the central Midwest. McElroy recalls a recent example in which a Long Lines client was considering closing a customer service facility in the rural Midwest because their systems were too slow downloading content from the web. He explains that when catalogue customers called his client's customer service department and referenced a page in their marketing publications, his client's employees were having trouble accessing information quickly from the Internet. This kept the customer waiting and created a backlog for those customers waiting on hold as well.

Rather than close the facility, McElroy and his team of engineers designed a solution to significantly upgrade their client's Internet service via Ethernet, which allowed them to save nearly 30 jobs. The company has subsequently added more jobs.

In South Sioux City, Neb., a small Midwestern town of 12,500 people, the community has over 250 miles of fiber within its 10-mile jurisdictional boundary, or a remarkable 25 miles of fiber per square mile. City Administrator Lance Hedquist asserts that this investment in fiber is "improving the efficiencies of city government, as well as serving as a key tool for the community's industrial expansion efforts."

Across the Missouri River in Sioux City, Iowa, Economic Development Specialist Sam Wagner leads a committee composed of personnel from public works, engineering, police, fire, emergency management, legal, real estate, community development, and private sector interests to address how to best leverage and further expand the city's extensive communications network. "In anticipation of future growth, we have adopted a strategy promoting the installation of conduit for fiber in conjunction with the installation of any new municipal infrastructure," explains Wagner.

This investment in fiber appears to be paying off as Bruce DeBolt, the CEO of California-based Global Facilities Development, is capitalizing on Sioux City's robust fiber network and low power costs by renovating a 12-story, 110,000-square-foot facility to house custom data center facilities. Says DeBolt, "Communications networks and data centers are the economic development engines of tomorrow."

The statistics no longer suggest, but indisputably assert, that high-speed Internet has become a key economic development tool and private sector job creation vehicle. So compelling is the web as a business resource that modern commerce simply cannot function without it. Companies continue to utilize traditional websites, but are now marketing their products and services by using blogs and webcasts. Social media platforms like Twitter®, Facebook®, MySpace®, and YouTube® are becoming indispensable marketing avenues.

In the case of YouTube®, not only is the speed associated with downloading video content vital, but the speed of uploading content to the Internet can be equally important. Companies who wish to use the rapidly expanding audio and video features now available through cyberspace simply must have the ability to carry out these important tasks quickly.

While existing companies have recognized the importance of high-speed Internet, start-up companies are finding access to speed every bit as important to their emerging organizations. Craig Arnold, the chief operating officer of ATG (Antimicrobial Technologies Group) located in southeastern South Dakota, insists that ATG could not function properly without access to broadband. A former Gateway computer executive and one-time director at the Bill and Melinda Gates Foundation, Arnold says that his company uses the Internet to communicate with customers, suppliers, manufacturers and investors around the world.

Global access to information is an area Arnold led while employed with the Gates Foundation, maintaining responsibility for placing computers in underserved communities throughout North America. Says Arnold, "Companies can invest heavily in hardware and software. However, if their communities fail to provide adequate access to broadband or the ability to upgrade their Internet service as these technologies improve, they'll eventually find themselves at a competitive disadvantage."

Not only will companies find themselves at a competitive disadvantage, but communities that fail to invest in their communications infrastructure may discover that their economic development initiatives are destined for a similar fate. 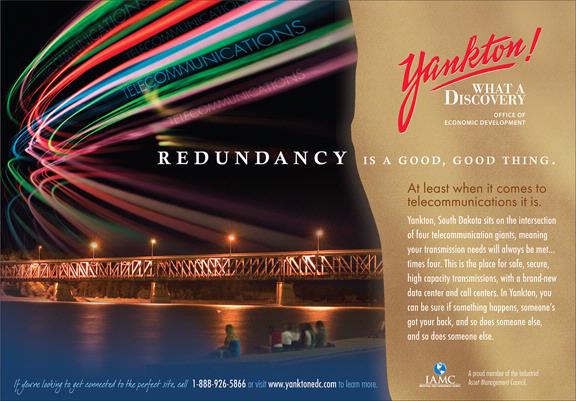