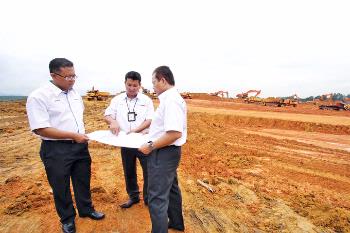 Infrastructure work is under way at the Senai Hi-Tech Park in the Iskandar development in the state of Johor Bahru in southern Malaysia. More than 1,000 acres (405 hectares) are being prepared for factory, office and R&D space. 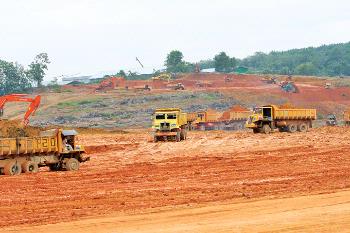 key component of the Iskandar Malaysia project in Johor took a key step forward earlier this year when the Senai Hi-Tech Park (Senai HTP) signed its first tenants. EQ Solar announced it will build a US$500-million facility to manufacture monocrystalline and polycrystalline solar modules, and MOX Linde Gases will build a plant for industrial gas manufacturing and separation. In May, STX Energy Co. Ltd. of South Korea announced it will build a solar-cell manufacturing facility in Senai HTP pending a feasibility study.

These initial investments begin the process of populating the park with target industry sectors that include high-tech manufacturing, alternative energy, electronics, biotechnology, contract R&D and others. Senai HTP is a development of Senai Airport City (SAC), a 1,000-acre (405-hectare) free zone operated by Senai Airport Terminal Services Sdn. Bhd., which is the first private airport operator in Malaysia. Ground broke on the park in the first quarter of 2010, and the first phase is scheduled for completion in 2011. One hundred ten acres (44 hectares) are ready for tenants on free-zone property at Senai Airport; new development will take place on 928 acres (376 hectares) when that land is prepared.

Senai HTP's logistics attributes are numerous. Its strategic location was cited by EQ Solar management as a chief reason for investing there. Johor is in the southern tip of the Malaysian peninsula adjacent to Singapore, with is major seaport and Changi International Airport. But Johor has two major ports of its own — the Port of Tanjung Pelepas is 30 minutes from Senai HTP, and Johor Port is 50 minutes away. Senai Airport will afford immediate transportation benefits with air cargo links to the Middle East, Japan, Europe and regional points closer to southern Malaysia. An extensive road network links Senai HTP to the nearby Johor Bahru and Singapore central business districts, as well as to the ports and to Kuala Lumpur, three hours to the north. As for rail, a bullet train is in the planning stages that would connect Senai, Kuala Lumpur and Singapore, and the KTM railway provides freight services to the ports.

Capital investors are locating plants elsewhere in Senai, and elsewhere in Malaysia, as well. Dunlop Latex Foam (Malaysia), a unit of American company Latex International LLC, the largest producer of natural latex mattresses and pillows in the world, plans to invest $32 million in its first Asian manufacturing and distribution centre in Senai, Johor. The company will hire about 100 people to make latex cores and pillows for the Southeast Asian market and for export to Europe and the U.S.

Pharmaniaga Bhd, the leading maker of generic pharmaceuticals in Malaysia, plans to invest more than $96 million to develop 92 new products over the next five years. The new products will be made at the company's facility in Bangi and at its new plant in Puchong, both of which are in Selangor.

Nestlé (Malaysia) Bhd. will invest $6 million to expand capacity at its Kit Kat confectionery manufacturing facility in Chembong, Negri Sembilan by 30 percent in 2011.

And the Saint Gobain Products (Malaysia) Sdn. Bhd. unit of French group Saint Gobain is investing $56 million to build new manufacturing plants for industrial mortar and high-performance plastics in Malaysia. Formerly known as BPB Malaysia Gypsum Sdn. Bhd., the company already has invested $38 million in a gypsum plasterboard factory in Shah Alam, Selangor. In 2011, it will invest another $13 million in a new industrial mortar plant, also in Shah Alam. The company is also investing in another new high performance plastic manufacturing plant in Johor. 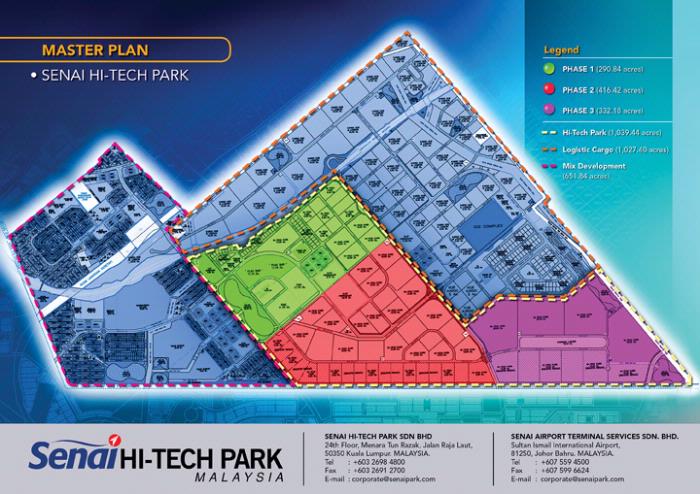