What happens in Las Vegas next is a medical-services industry,
thanks to lower costs and an air-logistics advantage.
Power companies are energized, too. 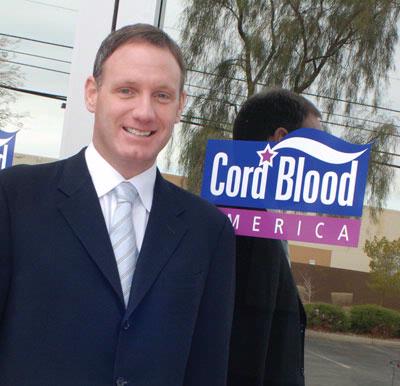 outhern has been a magnet for California-based firms seeking new locations for several years. That trend shows no sign of abating as the greater region continues to attract firms in the life sciences and energy fields.

" has a lot of attractions, and that makes it easy to live here," says Schissler, who claims a personal affinity for . "When I found myself driving to once a month to attend a convention for a day to look for business, I realized that is a tremendous hub for business. Over time, I realized it would be much easier to be in and save 12 to 13 percent because there is no income tax and because of lower property taxes."

CBA employs 36 in a 17,000-sq.-ft. (1,580-sq.-m.) leased facility, which Schissler says is large enough for the company's short-term plans, but CBA expects to grow and expand capacity. Schissler believes the area is an up-and-coming life sciences cluster, which has picked up momentum since the opening of the Nevada Cancer Institute in 2005 and the attraction of other medical companies in subsequent years.

"We're starting to see a lot of medical and biotech companies here in ," Schissler says.

While was always CBA's first choice, the company also looked at sites in , and . When decision time came, one of the deciding factors involved logistics. He cites ' , which Airports Council International ranked 9th in the world in April in total takeoffs and landings, as a major draw.

"One of the biggest deciding factors was the transportation system in ," Schissler says. "We ship cord blood samples which have a very short shelf life. We don't want a lot of transportation time. We were able to lease a facility right by the airport, less than a 10-minute drive away. It really reduced our logistics costs. We are able to get our products in and out very easily. This was probably the linchpin in our decision. People don't realize the logistics advantages of ."

Somer Hollingsworth, president and CEO of the Nevada Development Authority, says the region, known for its tourism industry, is now building on that foundation by pairing it with a burgeoning medical sector.

"We've got tourism, and now we are focusing on the medical side. We hope to become a center of medical tourism over the next five to 10 years," Hollingsworth says. "People will come here for treatment."

Plenty of sunlight makes a natural location for solar energy development. That effort could take off with the recent decision by the U.S. Dept. of Energy to locate the Solar Demonstration Zone at the Nevada Test Site, located about 65 miles (105 km.) northwest of . The facility will be used to demonstrate cutting-edge solar energy technology. Under the agreement, the federal government is dedicating more than 25 square miles (65 sq. km.) to solar energy research — an area larger than . DOE will use the site to demonstrate innovative Concentrating Solar Power (CSP) technologies (see our story on p. 624 for more on this emerging energy field).

Amonix, a Seal Beach, Calif.-based manufacturer of CSP solar systems, chose for its second manufacturing site. Amonix came to for proximity to its three installations in the state. The company plans to supply installations there and in neighboring states from its new facility.

"We've been very deeply committed to with our solar systems," says Carla Pihowich, Amonix's senior director of marketing. "Our systems use no water in their power generation and that's a good fit for 's sunny and dry climate."

Amonix is refitting a 214,000-sq.-ft. (19,880-sq.-m.) building in the , formerly used by OfficeMax as a distribution center. Pihowich says Amonix is using $5.9 million in federal investment tax credits, plus $12 million in private funding for the project. The company plans to eventually hire 278 people.

The former distribution center, with its high ceilings, allows for efficient logistics and good space utilization, Pihowich says. Another advantage, she says, is the facility's secured truck yard. Amonix will install one of its solar systems to help power the facility.

" is a business-friendly city, and Mayor Shari Buck has been fantastic to work with," Pihowich says. "We are being mindful of the high unemployment rate and are committed to hiring local talent.

Amonix plans to ramp up the plant, which will have a production capacity of 150 MW, by the end of 2010. It will be a 24/7 operation. While the company looked at other sites, Pihowich says the company's search team kept coming back to the former distribution center because it has plenty of space to handle the company's production of the company's utility-scale modules.

In May, Senate Majority Leader Harry Reid of presided over a ceremony to "flip the switch" on an Amonix CPV solar plant at the Southern Nevada Water Authority's (SNWA) River Mountains Water Treatment Facility. Reid applauded Amonix for taking advantage of a tax credit in the American Recovery and Reinvestment Act to "put nearly 300 Nevadans to work."

Amonix solar power systems have also been installed on the campus of UNLV and at Nevada Energy's Clark Generation Station.

Another company, U.S. Science and Technology, has signed a memorandum of understanding to be the first tenant of the , a new industrial park being developed in . USST, based in , is a company that essentially turns garbage into energy. Through a process called plasma gasification, USST plans to use discarded automobile tires as a feedstock to produce energy and to recover other products such as steel and sulfur from the tires.

The is a 1,000-acre (405-hectare) green energy industrial park located in the Reno/Tahoe area. CERC offers rail service from Union Pacific and BNSF and will have geothermal resources for direct use by tenants.

Shull calls the project a waste-to-energy and resource-recovery facility. Energy produced in the process, approximately 55 MW, will be converted to electricity. Shull says there is a possibility the company may also produce ethanol at the site. Tires were selected as a feedstock because there is an abundant supply, he says. The plant will be designed to process 500 tons of tires per day. The facility will be built on a 70-acre (28-hectare) site and will employ 40 to 50.

Shull says the plant will recover 70 tons per day of iron from the tires, which will be sold for smelting and re-use by the steel industry; seven tons of pure sulfur, which he describes as a saleable product; and 40 tons of a sand-like material that can be sold as an additive to concrete.

USST is currently raising funding for the US$175 million plant. Unlike many other recent energy projects, USST is not depending on government funding for its facility.

"We have stayed completely away from government grants," Shull says. "Basically, we have gone to to get financing. Europe is way ahead of the in these kinds of projects. They get much better reception in ."

Shull says USST hopes to break ground on the project in early 2011 once it clears the funding and permitting phases.

USST looked at about 50 potential waste-to-energy projects around the world for its first commercial-scale project.

"We try to find the right projects at the right locations with the right renewable feed stocks, the right tech and the right financing as well as permitting and public acceptance," Shull says. 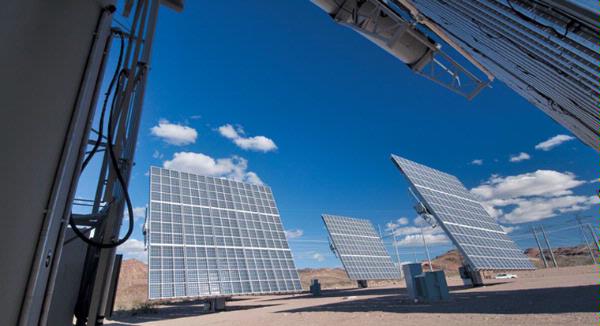 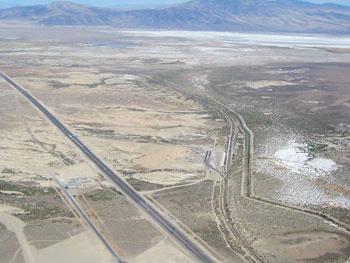