On the Right Tract?

A new report maps the destinations of state incentive dollars,
and finds evidence of smarter growth.

in June released "Making Smarter State Investments," a 34-page report that cuts to the chase when it comes to chasing down the street addresses of state incentive dollars.

The non-profit Center (KRC) examined 1,157 subsidies worth US$631.1 million associated with the three main incentive programs administered by the Pennsylvania Department of Community and Economic Development (DCED): the Opportunity Grant Program (OGP), the Infrastructure Development Program (IDP), and the Pennsylvania Industrial Development Authority (PIDA) program. The study replicates an earlier study KRC had conducted for the Brookings Institution, and analyzes the extent to which incentives make their way to older communities with existing infrastructure (i.e. infill) versus outlying communities (i.e. ring suburbs or "sprawl"). The study's findings inform a detailed interactive mapping tool available at www.keystoneresearchmap.org.

"Continuing earlier trends, from 2000 to 2008 older [defined as cities, boroughs, and first-class townships] lost population, shrinking by about 320,000 people, or 4.4 percent," said the report. "Meanwhile, outer areas [large, less dense, second-class townships] gained 400,000 people (7.8 percent) in the same period." KRC digs deeper when looking at the state's nine largest municipalities. Those cities also happen to be among the 12 top attractors of new plants and expansions since the beginning of 2009, according to the Conway Data New Plant Database. The chart below compares and contrasts KRC's rankings of those nine cities by "smart growth"-oriented incentives funding with actual new plant and expansion records over the same time period (2003-2008) as well as over the 18 months ended in June 2010.

From 1998 to 2003, gave equal per capita subsidy amounts to outer areas and to older areas. "Our new analysis," says KRC, "shows that business subsidies distributed from 2003 to 2008 focus somewhat more on older communities."

Among the findings, from 2003 to 2008, on a per capita basis, older areas received $1.25 for every $1 outer areas received. Older now receives 110 percent of the statewide average per capita compared to 88 percent for outer . KRC calls this a significant shift from the 1998-2003 period.

In fact, the situation has reversed itself. From 1998 to 2003, indexed against the statewide average as 100 percent, older communities came in at 97 percent and outer or newer communities scored 104 percent. For 2003 to 2008, it was the newer communities that scored 97 percent, while the older areas had climbed to 102 percent. Loan assistance to older communities increased from 105 percent of the statewide average in 1998-2003 to 116 percent in 2003-2008. "This means that older areas now receive almost one-and-a-half times as much per capita loan assistance as outer areas," says KRC.

"Interviews suggest that this shift partly reflects increased buy-in within the economic development community to the idea that subsidies should focus, when possible, on already-developed areas with existing infrastructure," says the report, citing that very focus in the "Keystone Principles" adopted by the interagency Economic Development Cabinet on May 31, 2005. As might be expected, some quarrel with KRC's definitions of "old" and "new": "Local officials contend that some parts of second-class townships are already developed and can be targets for 'smart' investments (e.g., in Lancaster and York)," says the report.

Much of the data came straight from the DECD's own "Investment Tracker" online database. But KRC notes that the DECD database does not track incentives when the request for the funds comes from an economic development intermediary, only when it comes directly from a company.

KRC Executive Director Stephen Herzenberg says the study included background interviews with some 80 professionals, most of them in economic development and planning fields, but only a scant few from the companies benefiting from the subsidies. "Only individuals at the regional level — such as economic developers, land-use planners, and advocates for smart growth — have the local knowledge needed to interpret and use the data here to greatest advantage," says the report.

But since many of these grants and loans go to specific projects being pursued by companies that have made a location choice, does KRC give at least some credit to increased awareness of infill sites among the corporate decision-makers themselves, many of whom are increasingly beholden to sustainability mandates?

"Sure," says Herzenberg. "It's certainly true that some companies absolutely get the smart growth issue. That's fine. Enlightened self-interest is a great thing. In general, I think it's probably true that the economic development community tends to think more explicitly in terms of community well-being. That's part of their jobs. Whereas businesses care about making money. In practice, location decisions are made for a whole set of reasons, where the size of the subsidy is not in the top 10, but if it's free money, why not go get it? It's very hard for the local or state economic developers to know when they're changing behavior. You can't evaluate the return on these kinds of investments. That's why we'd prefer states work on the quality of the work force or on transportation infrastructure."

Those topics were addressed in another KRC report, co-authored with Washington, D.C.-based Good Jobs First, that was released earlier this year, calling for a de-emphasis on tax incentives designed to lure, and an increased emphasis on programs designed to improve existing assets. Instead of handing out checks, KRC said, "Pennsylvania should strengthen its efforts to grow its own companies by investing in the public goods of a 21st-century economy," among them education and traditional infrastructure, technological infrastructure and amenities, cultural assets, and natural endowments. "Today's public goods also include institutions that support specific industry sectors, such as training partnerships and sector-specific innovation centers that build on Pennsylvania's higher-education institutions," said the report.

However, economic development budgets have not adhered to those principles just yet. "In part because tax credits don't increase state spending (but instead cut state revenues), there has been a substantial increase in the use of tax credits to promote job growth over the past decade," reported KRC. "Tax credits for economic development jumped from less than $100 million in FY 2001–02 to a peak of $260 million in 2008–09. This jump contributed to increased scrutiny from the state legislature in 2009, including performance audits by the Legislative Budget and Finance Committee, resulting in a $130-million cut to tax credits in the 2009-10 budget."

At the same time, "grow your own" programs such as the highly respected Ben Franklin Technology Partnership, though they saw budget increases for most of the past decade, saw substantial cuts over the past two years. (All is not lost, however: The BFTP branch in the Lehigh Valley last year received $6 million in federal stimulus funds to expand its TechVentures incubator/post-incubator facility by 47,000 sq. ft. [4,366 sq. m.])

Above all, says Herzenberg, KRC and others (including sponsors of bills pending in both chambers of the Pennsylvania General Assembly) are simply pushing for greater transparency and disclosure.

"It's not a partisan issue," he says. "Accountability has a lot of traction." He says KRC is clearly making DCED and others in the economic development community nervous, but that's not KRC's motive. "Some believe in 'gotcha' transparency. That's not our goal. We're trying to provide better information."

Herzenberg says better disclosure becomes a tool for smarter development, resulting over time in healthier communities and stronger economies. And along the way, "We can keep asking ourselves, 'How are we doing? Are we putting our money in the right places?"

On the very same day in June that KRC released its new report, John Grady, vice president of real estate services for the Philadelphia Industrial Development Corp., was telling the city's Zoning Code Commission about PIDC's own just-concluded industrial land use and market study — a study that reaches some of the same infill conclusions as the KRC document, based on steel and concrete evidence at the still-evolving 1,200-acre (486-hectare) Navy Yard property, which has seen hundreds of millions invested by private-sector firms to back up similarly heavy public-sector infrastructure investment.

The companies include Tasty Baking, Urban Outfitters (now pursuing the latest of multiple new buildings over recent years) and the newest arrival, Heliosphera, a Greek solar technology firm that promises to create up to 500 jobs at a new solar module manufacturing complex. The project dovetails with multiple alternative energy projects under way at Navy Yard. 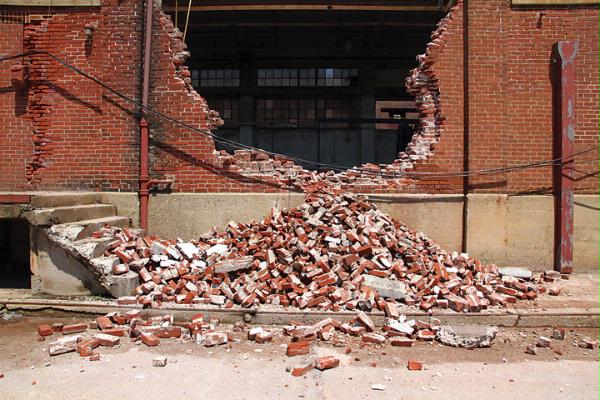 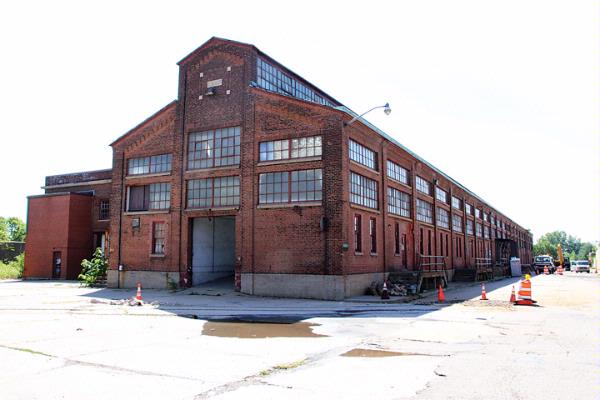 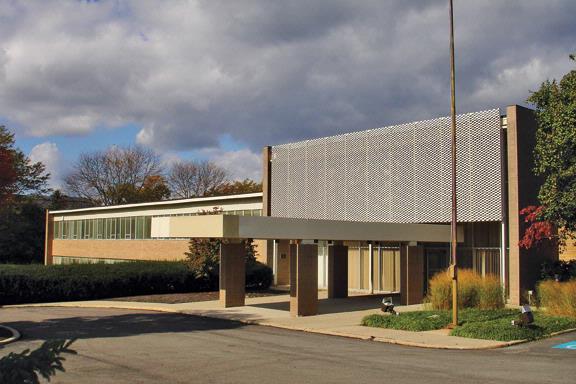 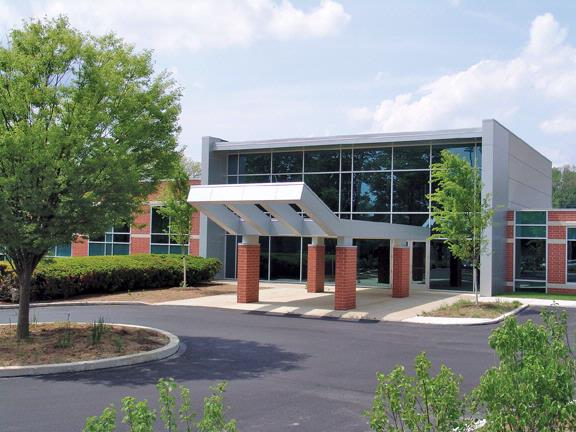 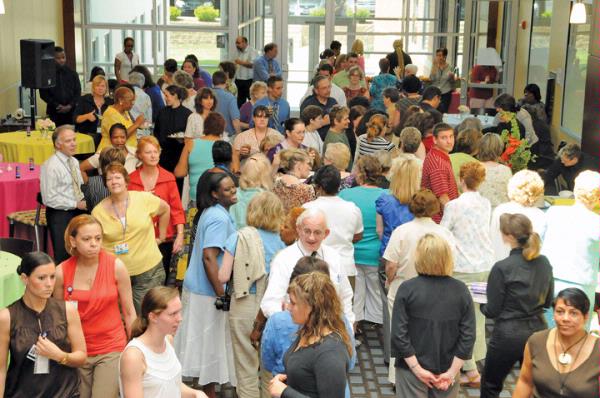