National and international surveys show corporate executives
like the improving business climate of this German state. 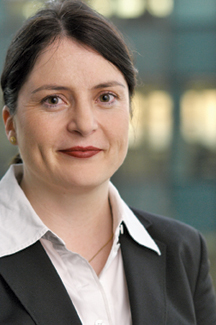 Barbara Wittmann, managing director of Dell Halle GmbH in Halle in Saxony-Anhalt
by RON STARNER
A 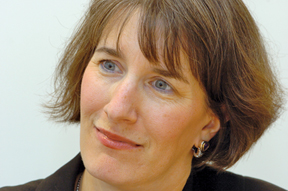 merican and international companies increasingly say they prefer a Saxony-Anhalt business location in east central when setting up shop in , according to three influential studies released recently.

A top executive with computer firm Dell knew that all along.

Barbara Wittmann, managing director of Dell Halle GmbH in in Saxony-Anhalt, tells Site Selection that her site, which celebrated its fifth anniversary on Sept. 1, consistently ranks as the company's top-performing business location not just in , but in the entire world.

"This has been quite a successful site for Dell, not only in sales and revenue margins but also in customer satisfaction scores," says Wittmann. "Our technical team scores very highly compared to other sites. We are ranked best of breed in and even in the world in several areas."

With 750 employees engaged in sales, customer service and technical support, the facility for Dell has grown rapidly in five years. "We had 168 employees when we opened," notes Wittmann. "Now, we would rank in the top five companies in revenue in Saxony-Anhalt."

Wittmann says Dell benefits from a highly educated, often university-trained work force that is highly flexible, mobile and willing to learn new tasks. "We hire people with a very high IQ and then we train them. Dell primarily looks at second-tier cities. We want to move into a location where we will be relatively big and have a strong influence in the community," she says. "We also seek to make a strong impact on the region. If Dell had gone to , Dell would have been one company out of many. But by locating in , we are ideally located in the heart of and we still have access to 1.2 million people within an 80-kilometer [50-mile] radius."

Site selection decision-makers from many nations would appear to agree.

According to the Institute for Employment Research in , Saxony-Anhalt ranks second only to as 's top business location. The survey of 15,500 companies throughout revealed that Saxony-Anhalt scored No. 1 in the quality of work force available; No. 1 in regional wage level; No. 1 in local tax burden; and No. 1 in the price of industrial or commercial land.

An Ernst & Young study published earlier this summer showed that ranked as the fifth best country worldwide as a global investment location. The survey of 814 international decision-makers placed behind only , , the and . received high marks for its infrastructure, qualified work force, research and development landscape, and its handling of the global economic crisis.

The Seventh AmCham Business Barometer showed that, among American companies, remains the most attractive business location in .

Katherine Brucker, consul general for the American Consulate General in , tells Site Selection that one of Saxony-Anhalt's biggest location advantages is its "incredible distribution network. State capital is right at the intersection of the main north-south and east-west highways through . It goes north-south from to and it goes east-west from to . And the is accessible from this point as well. With the large airport and huge DHL hub at Leipzig-Halle, this is a terrific location for getting goods to other markets."