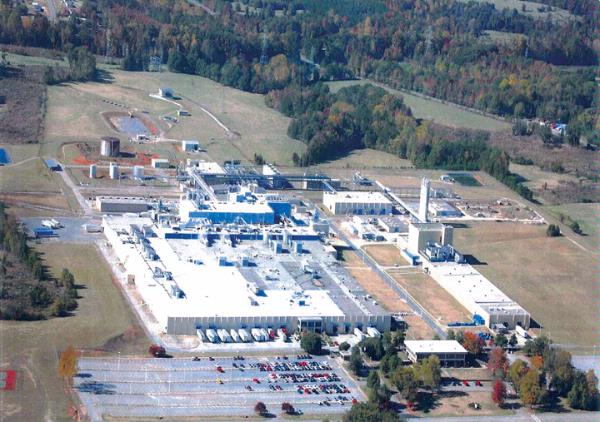 In today's economy, most economic developers would simply say, "Yes."

In Utah and South Carolina, the race is on, as new facility projects announced in the past few months by Adobe Systems and First Quality Tissue, respectively, each promised to create that magic number of new jobs. In Utah's case, Adobe has been given 20 years to reach that number, while First Quality is expected to do so in half that time.

As for wages, Burriss Nelson, interim director of Anderson County Economic Development in upstate South Carolina, says the jobs will pay between $15 and $17 per hour, equating to annual gross income of $33,280 in an area that's seen unemployment rise as high as 14 percent recently. In Utah, the annual average salary figure depends on whether Adobe makes a final selection in Utah County or Salt Lake County (both in the Salt Lake City area). But as part of the state incentive promise, Adobe must pay salaries equal to at least 75 percent above the chosen county's average wage. The average salaries for each county average out to $67,500 a year. Unemployment in Salt Lake and Utah counties in May averaged about 7 percent.

So, for those keeping score: Unemployment in the Anderson County area has been roughly twice the rate in Salt Lake City. Adobe has twice as long to create the jobs in Utah, but those Utah jobs will average twice as much pay once they're created.

But there are two more relevant numbers: Adobe's commitment thus far is an investment of $100 million in the first phase of an envisioned three-phase project. First Quality plans to invest $1 billion.

'Project Big Water' Splashes Down in the Upstate

Great Neck, N.Y.-based First Quality announced their new tissue/towel manufacturing plant in mid-May, to be located at a huge industrial complex on the southeast side of Anderson that has changed hands over the years from BASF to Honeywell to, most recently, floor covering manufacturer Shaw Industries.

"Among the factors that attracted First Quality to Anderson are the pool of skilled labor, positive work ethic and the availability of the infrastructure necessary to sustain our facility," said Frank Ludovina, company representative for First Quality. "As important, however, is the pro-business environment that has been created there. First Quality's decision to locate in South Carolina would not have been possible without the abundant support from Governor Sanford, the team at the Department of Commerce and officials from Anderson County." Other factors cited by the state included proximity to markets in the Southeast, and low energy cost.

After the Anderson County Council officially ended its lease agreement with Shaw, First Quality closed on the property in late July, and "dust is flying" as work begins on the site, reports Burriss Nelson. The new plant will be similar to one the company operates in Lock Haven, Pa. The company also operates a plant in Macon, Ga., where a $200-million expansion was announced in August.

Among the matters that needed to be clarified before construction were legacy contamination issues, owing to decades of nylon manufacturing on the property. While First Quality will deal with certain aspects of continuing cleanup efforts, Shaw will still shoulder responsibility for others.

"SC DHEC [South Carolina Dept. of Health and Environmental Control] was super to work with," says Nelson. "They worked with Shaw, BASF and others to put this thing together. I can't praise them enough."

Nelson says the company is moving "at breakneck speed to get the first tissue line up and running," demolishing 1.3 million sq. ft. (120,770 sq. m.) of building in the process. He says rail, sewer and a large water demand were among the check marks on First Quality's site selection matrix. But one key factor was the 18,000 to 20,000 people in the area that Nelson estimates are either out of work or underemployed, due to piecemeal job loss in textiles and supporting industries that has seen some 5,000 jobs in the area "just disappear off the face of the earth" since 2007.

"They knew there was a ready, able work force here used to manufacturing operations and skills," he says of First Quality. "And the site was very conducive to their thought process for the future. This is a company that talks about a 100-year business plan. It's kind of refreshing. This company has visions for their grandchildren. This is the right kind of company to recruit to come and hire your friends and neighbors to go to work."

In October 2009, Adobe Systems acquired Utah-born-and-bred Omniture, a software firm whose products track and analyze Web traffic, for $1.8 billion. Currently located in leased space in Orem, Omniture employs 620 people, and is just one jewel amid a treasure chest of software and IT firms sprung from the fertile university infrastructure in the Beehive State.

"We thought that it was great for the company, but we were also concerned," says Derek Miller, managing director for business incentives and growth at the Governor's Office of Economic Development (GOED), "because we've had experiences before when companies in the state were purchased and then moved," among them Novell and WordPerfect, as well as smaller firms.

So almost before the ink was dry on the acquisition, GOED convened a group of like-minded officials and groups to devise a jewel retention strategy. Miller calls that proactive move a turning point in itself. "We started talking about what we needed to do to make sure Omniture stayed here in Utah, and if at all possible, convince Adobe to grow here, and even move some of their own business here."

The group had natural allies in Adobe co-founder and chairman of the board John Warnock, a faithful alumnus of the University of Utah, and Omniture co-founder Josh James, a BYU alum. Meanwhile, Adobe has reached the limits of its main campus in San Jose, Calif.

"Given the success and growth of Omniture, both prior and subsequent to Adobe's acquisition of the business, exploring expansion in Utah was a natural step," says Mike Herring, vice president of operations at Adobe, by e-mail.

An important meeting occurred in late spring of this year, when Adobe and state officials sat down to formal negotiations. Miller says a big part of that conversation was the state's "natural incentives" such as its low tax rate, young and qualified work force and critical mass in the IT/software arena, which has seen double-digit growth in the state even as overall growth continues at a healthy five-percent pace. (Part of that other growth, in fact, is another tissue plant, Procter & Gamble's first new U.S. facility in 30 years.)

Miller says the Adobe project is a bellwether for the state: "Instead of starting, nurturing and growing great companies only to see them purchased and moved to one coast or the other, instead the purchasing company is going to move more of their functions to the state."

He also sees it as a victory for GOED's recently hatched West Coast marketing initiative. But the comparisons do a lot of talking on their own: Worker's comp in Utah is about a third of the cost in California, he says. Power and construction or leasing costs are about half. And the cost of living, which is tied directly to labor costs, is about a third less.

The Governor's Office of Economic Development Board voted in a special session to approve a post-performance economic development tax incentive for the project. New state tax revenue is expected to exceed $134 million over a 20-year period as a result of the Adobe projected expansion, job creation and capital investment. The maximum value of the post-performance refundable tax credit incentive is $40,239,126, or 30 percent of new state revenue for 20 years.

Miller says he can't disclose exact job creation numbers and schedules for the 20-year incentive period, but "I can tell you it's a fairly steep curve at the beginning, and a more tapered curve at the end. We don't incent natural growth. If we do, it's not an incentive, it's a subsidy. We're always very careful to have this conversation with the companies. We are very careful not to cross that line. Once we see that curve start to taper off, that's where our incentives need to end."

At the same time, the door is always open for companies to come back to the state for more. Miller cites recent projects from eBay and Goldman Sachs.

"Both came with initial projections of a few hundred jobs. After they'd been here for two to three years, word started to spread. Their operations centers are the most successful in the country. That brings a lot of attention. Then you have other program managers running legal or accounting departments wanting to find out what's going on in Utah. They both came back to us within the last year and said, 'We told you we were going to hire 200 or 300, but actually we're going to hire 400 or 600.' We often revise incentives for those jobs."

Could a revision of an Adobe document be in the offing?

"I expect, and will welcome, a subsequent discussion with Adobe on adding even more numbers than we projected," says Miller. "In a year or two, we'll be having a discussion with them. I'm as certain as I can be this will not be the end." 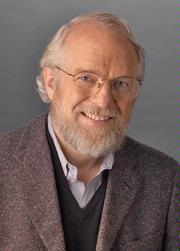 John Warnock, chairman of the board at Adobe Systems, is an alumnus of the University of Utah. 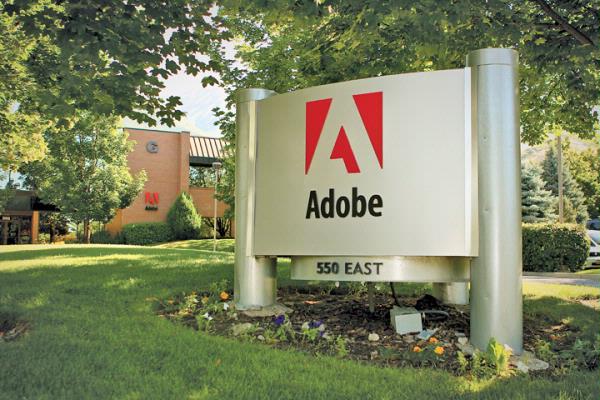