The Upper Midwest, a center of strong energy R&D,
is building a renewable energy foundation. 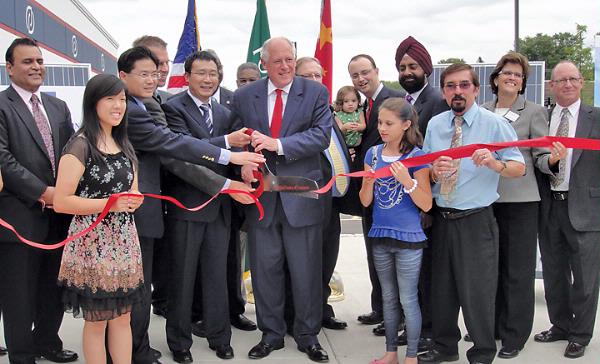 he Upper Midwest is not the first region of the U.S. that comes to mind when looking at the burgeoning solar-energy sector, but significant projects are happening across the region. The Rockford Solar Project, being touted by developers as the largest photovoltaic solar development in the U.S. at the time it becomes operational, will break ground early this fall near the Rockford International Airport in Illinois. And Collegeville, Minn., is now home to the largest experimental solar farm in the region.

The Rockford Solar Park is a development of Rockford Solar Partners, LLC, a joint venture between Wanxiang America, the U.S. subsidiary of one of the largest non-state owned companies in China, and Chicago-based renewable energy developer New Generation Power. The solar field, which will be spread across 300 to 400 acres (121 to 162 hectares), will produce up to 62 MW of power. Wanxiang America has just completed a new solar panel plant adjacent to the project.

"We plan on being online at the end of 2011," says Yeye Zhang, a spokesperson for New Generation Power.

On August 17, Illinois Gov. Pat Quinn announced funding for the first phase of the Rockford Solar Project at the ribbon cutting to open Wanxiang America Corporation's new solar-panel manufacturing plant in Rockford. The state is providing Wanxiang more than US$4 million in federal American Recovery and Reinvestment Act (ARRA) funds to help create jobs and increase solar-energy production in the state. In March 2009, Quinn announced a $2-million investment package to support Wanxiang's plans to establish the new 200-acre (81-hectare) solar panel manufacturing facility, which is located at the Rockford International Airport. Together, these investments will create more than 155 new jobs.

"Solar energy is becoming more and more popular in America, and in the world as well. We believe the market is poised for rapid growth," said Pin Ni, president of Wanxiang America. "We appreciate the state and city governments' [support of] the solar business. Our goal is to expand the plant threefold to meet the demand of Illinois' new solar energy mandate."

Earlier in the day on Aug. 17, Quinn was in Chicago to sign House Bill 6202 into law, which establishes interim solar targets to help Illinois scale up to reach the state's solar renewable portfolio standard of 6 percent by 2015.

Cascade Engineering was enticed by several states to move its fledgling Cascade Renewable Energy Division from Michigan. The interest came while Cascade was looking at expanding its existing operations in other states. However, the pull for Cascade to keep its renewable energy operation in its home state was strong.

"With that happening, we approached Michigan," says Joe Maier, Cascade Engineering's treasurer and controller. "We were really torn, because we are based in Michigan. We wanted to see what kind of incentives Michigan could put together for us in comparison to states that were trying to get us to put our headquarters someplace else."

Cascade considered expanding at its facilities in North Carolina and Ohio and also looked at a new site in Texas.

The company received a $1.8-million tax incentive from the Michigan Economic Growth Authority. Michigan's initiatives in the renewable energy sector were another lure. Cascade also plans to invest $2.8 million in equipment for the expansion.

"Michigan has been very active in trying to grow this area," Maier says. "The current administration in Michigan has been making a lot of effort to try to develop the renewable energy sector to help replace manufacturing jobs lost in the downturn. Michigan has a lot of excess capacity; there's a lot of engineering talent here."

Cascade's first renewable energy product to market is the SWIFT Wind Turbine, a structure- or pole-mountable wind turbine that provides a quiet, cost-effective renewable energy source for residential, community and commercial use. Cascade Renewable Energy is the manufacturer of all SWIFT Wind Turbine rotors installed worldwide and performs assembly for all turbines sold in the United States and Canada.

A recent Brookings Institution policy brief on the energy potential of the Great Lakes region cites Upper Midwest states Minnesota, Wisconsin, Iowa, Illinois and Michigan as among states having the needed research assets to drive energy innovation. The Great Lakes region accounts for 33 percent of all academic and 30 percent of all industry R&D performed in the region.

Among the research institutions Brookings cites: the University of Illinois, a key research partner in the BP-funded, $500-million Energy Biosciences Institute, which aims to prototype new plants as alternative fuel sources; Dow Corning's Michigan facilities, which produce leading silicon- and silicone-based technology innovations; and the Solar Energy Laboratory at the University of Wisconsin-Madison, the oldest of its kind in the world, which specializes in developing practical uses for solar energy.

Following is a look at recent energy-related developments across the Upper Midwest. 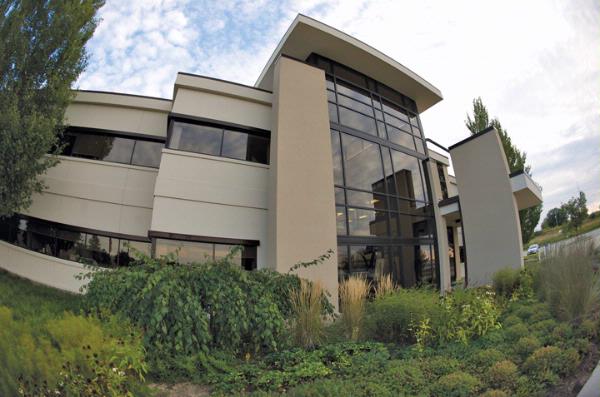 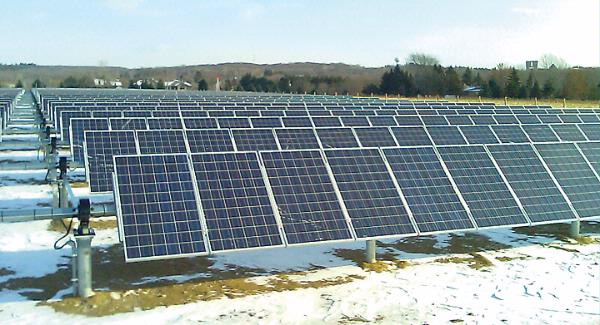