Oil and mining equipment boom in the North, while the South has the beef. 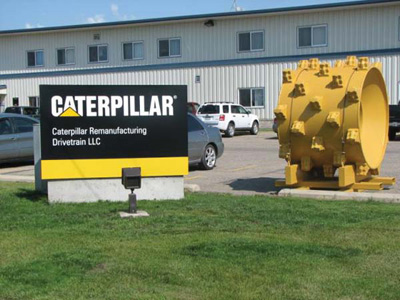 Caterpillar is expanding its remanufacturing facility in West Fargo, N.D., to serve the global mining industry.
Photos courtesy of Caterpillar

orth Dakota's economy is pulsating, thanks in large part to the Bakken shale oil boom, which has made the state the fourth largest oil-producing state. The boom in the western part of the state is so great that state agencies have created a special traffic awareness program to promote safety in the oil-rich region. A study released in early 2011 by North Dakota State University researchers estimated the direct impact of oil and natural gas development in North Dakota increased from $1.29 billion in 2005 to $4.9 billion in 2009.

But not all the good news is coming from the western side of the state. On the opposite end of North Dakota, the global mining boom is resulting in a major manufacturing expansion.

Remanufacturing is a thriving business for multinational firm Caterpillar. Cat Reman, as the division is called, has three major manufacturing sites in West Fargo, N.D.; Singapore and Shrewsbury, U.K. The current worldwide boom in mining has Caterpillar in expansion mode with plans for a $50-million, 225,000-sq.-ft. (20,900-sq.-m.) addition to its West Fargo site, which was acquired from Gremada Industries in 2008. Construction is due to begin in September. Between the two companies, remanufacturing of final drives, transmissions, torque converters and steering clutches has been handled at the site for 40 years.

The expansion will house increased production capacity for high-tech machining and metal additive processes, as well as a state-of-the-art metallurgical lab. The expansion will also increase the facility's production of new and remanufactured piece parts and advanced wear coatings.

"The West Fargo community is really a very good place to do business," says Dan Walerius, facility manager for Caterpillar's West Fargo operations. "There is a well-educated, highly trained work force and the quality of life is good. The metro area is growing and we have an excellent education system."

North Dakota's unemployment rate is one of the lowest in the nation, at 3.8 percent in June. The Fargo metro area's jobless rate was a little higher at 4.2 percent, but relatively low. Walerius says it's sometimes a challenge finding enough workers to fill positions, but describes it as "doable." Caterpillar currently employs 300 in West Fargo. The expansion, due to open in June 2012, will add 250 jobs over three years. The facility added 100 jobs in the past year.

"We are really seeing growth in all of our areas — engineers, machinists, welders and technicians," Walerius says.

The West Fargo facility primarily supports Caterpillar's mining equipment and serves a global market. That may change somewhat when the newly opened Singapore facility gets up to speed, Walerius says. Singapore will then handle Asia while West Fargo will serve the Americas, Europe and Africa.

"Of course the mining industry is very strong, almost to unprecedented levels, and that is what is spurring a lot of our growth," Walerius says. "We are seeing growth in the oil sands in Alberta and mining operations in Australia and Indonesia. Mining is extremely hot."

Walerius describes remanufacturing as a sophisticated form of recycling. Raw materials, in the form of used components, arrive from all over to the world at West Fargo, primarily by truck.

"We take an end-of-life component and turn it back into a like-new product. The benefit is that we can do this at a fraction of the cost of building a new component. We are giving a product multiple lifetimes by taking a used piece of iron. By the time we are done with it — it may be welding or machining — the end result is that the product will be warranted like a new one. The positive thing for our customers is that by getting a remanufactured product, it helps them keep costs down."

A massive beef processing plant is taking shape in Aberdeen, S.D., a town of about 26,000 about 125 miles (201 km.) northeast of Pierre. A study conducted by Agrifood Solutions International, a Texas-based consultancy, and paid for by the South Dakota Governor's Office of Economic Development, predicts the Northern Beef Packers plant will have a $10.1-billion impact on the region within its first five years of operation.

As of early August, the plant, which will eventually encompass 440,000 sq. ft. (41,247 sq. m.) on three levels, was about 70 percent complete, says Northern Beef Packers spokesman Steve Kaiser. He says the plant will be among the world's most advanced beef processing facilities.

"We are looking to begin operations in the fourth quarter, and it will take at least 12 months before we are fully operational," Kaiser says. "We have the advantage of starting from scratch with the best and greatest technology. Computerized processing will be taken to a higher degree than any previous plant."

The $100-million plant, built with investments from Korean and Chinese investors through the EB-5 Immigration Investor program, will have an initial work force of 560 and will eventually process 1,500 cattle per day. Employment is projected to reach 660 by 2015. A lot of beef will come from southeastern North Dakota and western Minnesota within a 150-mile (241-km.) radius of Aberdeen. Kaiser says two-thirds of the cattle the plant will process are already under contract.

The idea for a major beef-packing plant in South Dakota has been knocked around for several years and has evolved considerably, Kaiser says, but the objective has been to process South Dakota Certified Beef, a quality control designation. Much of the state's beef is currently shipped to processing facilities in Nebraska, so the Aberdeen facility will reduce logistics costs. 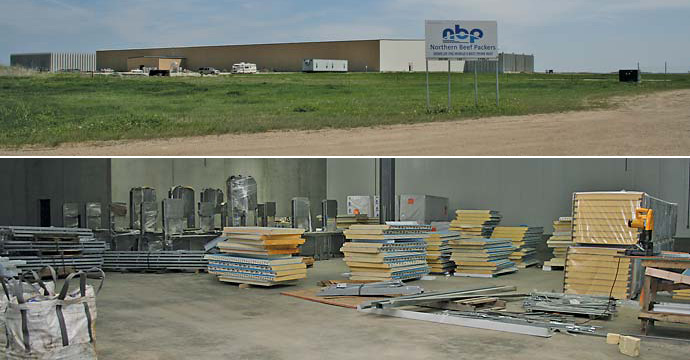 Northern Beef Packers hopes to open its massive processing plant in Aberdeen, S.D., by the end of the year.

ATLANTIC CANADA: Capital Spending Down, But Not for Long (Aug 3, 2017)