Motorcycles and missiles accelerate in Alabama. 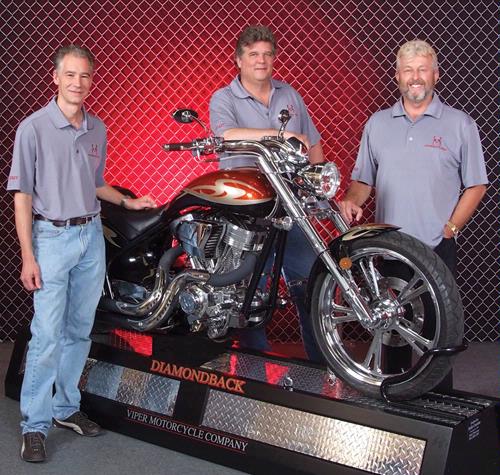 he tale of Viper Motorcycles' move from Minnesota's Twin Cities region to Auburn, Ala., involves weather, state governors and a search for the perfect place to assemble a US$37,000 bike.

The high-end motorcycle builder is moving into a 63,000-sq.-ft. (5,853-sq.-m.) building in Auburn Technology Park West. Minnesota's frigid weather, which is not conducive to year-round motorcycle riding, was the prime motivator in Viper's southerly migration, says CEO John Silseth, who is also founder of the firm's parent company, Viper Powersports. So the company was understandably revved up about the warmer climes of the Deep South.

"We needed to relocate because of the weather," Silseth says.

Viper management narrowed its search to Alabama, Texas and Florida. Then it became a contest between Alabama and Texas. Along the way Silseth met with Texas Gov. Rick Perry's staff and with Gov. Bob Riley of Alabama.

"I made a joke to Gov. Riley that just like in football [last year's national championship game won by Alabama over Texas] you have a chance to beat Governor Perry. I told them the first one to help us the quickest, we are going to move there."

As the search moved in Alabama's direction, Silseth first looked at the Birmingham area, but soon found he needed to go a little farther east.

"We originally came down to Barber Motor Sports Museum [a vintage motorcycle museum] in Birmingham for a meeting to see if there was a possibility of building a facility there," he says. When he couldn't find the required infrastructure in the area, someone suggested the company take a look at Auburn.

So he headed southeast with his van and motorcycles. Mike Hubbard, an Alabama state representative in the Auburn area, was impressed with the bikes, and helped put Silseth in touch with Gov. Riley.

"The next thing I knew I was taking the motorcycles to Montgomery and I was talking to Bob Riley," Silseth recalls. "He said, 'Let's make this happen.' Ten days later we were negotiating with Auburn's economic development director Phillip Dunlap."

"The university is a major resource in attracting employees, and the people there are very receptive. Alabama seems to be all about manufacturing jobs. The business community around Auburn is very pro-manufacturing. Alabama being a right-to-work state is very big."

Silseth says the facility at Auburn Technology Park West put the deal "over the top." It was built for a German automotive supplier that decided not to locate in Auburn. The building, which is expandable to 260,000 sq. ft. (2,415 sq. m.) is being refitted for Viper's requirements. Viper has a 12-year lease on the building. Silseth says he will be discussing buying the facility during that period. He says he is targeting an April opening and plans to have a base crew of about 20 on hand. Plans call for the work force to grow to about 100 over the next 12 to 18 months.

Silseth describes Viper motorcycles as having "twice the power of a Harley" with a unique, cooler-running engine. He says the bike's retail price is about the same as a high-end Harley Screaming Eagle, but he says the difference between the two is huge.

Viper's Auburn operation will handle assembly and painting of the motorcycles. Since the project's announcement last August, Silseth has been busy assembling a network of suppliers in the region. Up until now Viper has been primarily an R&D operation and has manufactured just 50 bikes. Silseth says the company has spent $34 million in R&D over the past eight years.

"We just released those bikes to the press this fall," Silseth says. "We took orders for bikes for next year and we currently have a back log of 180 units. We could probably backlog more than that. Once we got the back orders, we realized we needed a facility to roll this out. One of the reasons we are able to do this is our partner, Ilmor Engineering of Detroit. They make our engines and co-market with us. They are a Roger Penske company. Having the engine business out of Detroit makes it a lot easier for us to be scaleable. If it wasn't for our joint venture relationship, we would not be able to do what we are doing."

Silseth is bringing in "Alabama people" as directors, including Tim Wellborn, owner of a muscle car museum in Alexander, and Grant Lynch, chairman of the Talladega Superspeedway. Silseth says access to the testing facilities at Talladega is another benefit of locating in Auburn.

Viper has a 5-year plan to produce 2,000 motorcycles annually. It will also be selling engines to owners of various motorcycles around the globe as engine upgrades. Silseth projects Viper to be a global brand, and says he already has inquiries from companies in nine countries about distribution rights.

"We project to be a $20-million company at that time," Silseth says of the five-year outlook. "It's a very realistic, slow growth plan. Now we are crawling. Next year [2011] we will walk. It will be a couple of years before we can run. Our timing is just perfect as the economy is rebounding."

Raytheon is growing its presence in Huntsville with a new $70-million missile production facility at the U.S. Army's Redstone Arsenal site, home to the U.S. Army Aviation & Missile Command and the Marshall Space Center. Raytheon will use the facility for final assembly and testing of Standard Missile-3 and Standard Missile-6.

SM-3 production is expected to increase substantially in the next 10 years.

The SM-3 is being developed as part of the Missile Defense Agency's sea-based Aegis Ballistic Missile Defense system. The SM-6 is an extended range anti-air warfare missile.

Raytheon already has a sizeable presence in Huntsville with about 700 employees at a facility in Cummings Research Park. The Waltham, Mass.-based company employs about 75,000 worldwide.

Plans call for construction to begin early this year and for the project's first phase to be operational during the first quarter of 2012. Frank Wyatt, vice president of Raytheon Missile Systems, says the project is on an accelerated construction schedule.

"We spent the better part of two years searching the entire nation — and it felt like the whole globe — for where we should establish this new factory," Wyatt says.

Raytheon's search covered about 80 potential sites. Those were narrowed to three sites where the company already had operations: Huntsville; Tucson, Ariz.; and Camden, Ark.

"The State of Alabama and the way it put together an incentive package put it head and shoulders above what everyone else was able to do," Wyatt says.

The missile plant will employ 150. Wyatt says the number could eventually grow to 300. These positions will include manufacturing and testing engineers and missile assemblers.

"These are high-skill jobs," Wyatt says. "It truly is rocket science."

"It's a huge incentive for us," Brooks says.

Raytheon looked at existing facilities as well as greenfield sites.

"You have to have the right environment and the right security environment to do this work effectively," says Wyatt. "We have designed the facility in a manner that makes it expandable based on the needs of the country for these two weapons. It will be a real asset to the country." 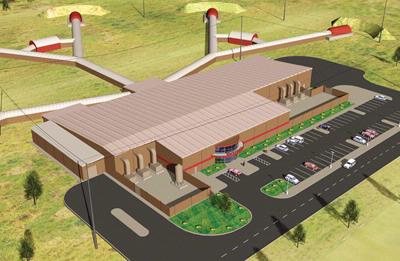 Raytheon Missile Systems will produce two types of missiles at its new Huntsville manufacturing facility, where the company is investing $70 million.
Image courtesy of Raytheon 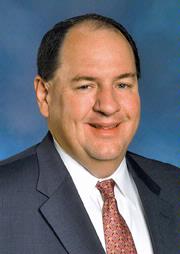