Solar, biomass and other projects are transforming a region. 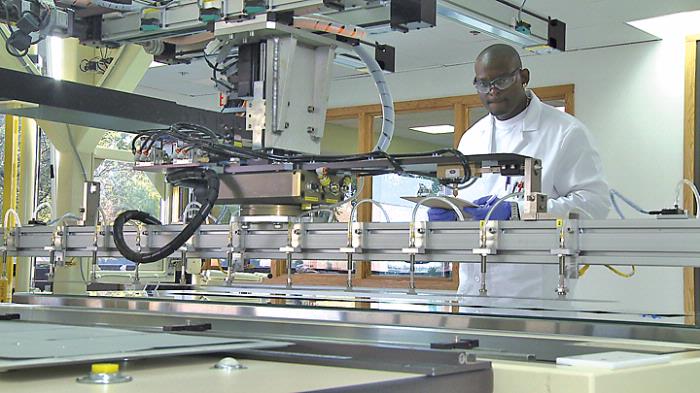 Solartech Renewables is producing solar panels at its facility at TechCity in Kingston.
Solartech photos courtesy of Solartech
by JOHN W. McCURRY
T

he Hudson Valley region of downstate New York is quietly becoming home to a significant cluster of renewable-energy manufacturing operations. Federal grants and loans are helping propel much of the development.

Solartech Renewables, a startup solar panel manufacturer, began operations in 2010 at TechCity in Kingston. The company will produce 55,000 solar panels annually, with plans for capacity expansion. Solartech Renewables picked TechCity, which is the name for the redeveloped IBM manufacturing and office campus, after a search which also included sites in New Jersey and Oregon.

"We found out about the work they are doing to create a cluster in the Hudson Valley, and some of the support we could get through the state," says Todd Roberts, the company's chairman and CEO. "The available facilities, the work force and the recruiting picture got us interested in the Hudson Valley. Once we got that far, we started looking at the TechCity site. TechCity was compelling and well-priced for us. It is close to the Thruway and is well-located within New York State. We received a lot of help and cooperation from management at TechCity in terms of our build-out and logistics and introducing us to the community."

As of mid-December, Solartech Renewables employed 25 people. Roberts says that number will grow to about 90 during the first half of 2011. He says that will eventually rise to about 200 depending on how fast the company's market develops.

Real estate developer Alan Ginsberg bought the IBM property in 1998 and renamed it TechCity. IBM, which once employed more than 7,000 at the site, closed its doors in 1995. In 2007, the property was modernized with the installation of efficient energy systems and it was repositioned as an energy hub. The central, oil-fired heating plant was replaced with individual low-emission units on occupied buildings.

"In trying to re-establish the property and make it friendly and low-cost to attracted new companies, we were able to reduce long-term and short-term developer expenses and were able to reduce the carbon produced by tons and tons, so we became green," Ginsberg says. "The Hudson Valley wants to be green. It's one of the prettiest places in America and one of the least known. Instead of generating new business to move here as a solution for cheap back-office space, I wanted to go after the greening of this property.

"We're creating a hub for renewable energy companies, mostly manufacturers, including solar," Ginsberg says. "We've listened to what they need and are providing solutions so they can become successful."

"We're talking to companies involved with new battery systems for electric cars. We are a lot more than solar, but solar is very important."

About 3,000 people currently work at companies located in TechCity. Ginsberg says that figure could increase to 4,500 or 5,000 within two years.

"We are No.1 in renewable energy — certainly between Albany and New York City we are the hub," Ginsberg says. "We have enormous infrastructure here. Technology companies have synergy here."

Spectrawatt, a company formed from assets spun out of Intel Corp. in 2008, officially inaugurated its new solar cell manufacturing facility in May 2010 in Hudson Valley Research Park in Hopewell Junction. Investors in the company include German solar specialist Solon. The company was founded in Oregon, but picked the New York site for its first manufacturing facility. Spectrawatt cited the region's available work force, plus help from state agencies such as the New York State Energy Research and Development Authority as factors in its decision to move east.

The first phase of the factory, which began running earlier this year, will be capable of producing 16 million solar cells per year under round-the-clock operations. The facility, when fully outfitted with equipment, has the capability of producing more than 50 million solar cells annually, enough to power 35,000 homes. The company currently employs about 110.

Groundbreaking ceremonies were held in December for the Taylor Biomass Energy facility in Montgomery, just west of Newburgh, where I-84 and I-87 intersect. The facility will use organic construction and demolition debris as feedstock to produce biomass fuel.

"Our project addresses the growing issue of solid waste management and over-capacity landfills across America, and it creates renewable energy at the same time," said Jim Taylor, president and CEO of Taylor Biomass Energy. "We think it's really a model for other urban areas to follow. With this technology, we actually have a viable alternative that will help us reduce our dependence on fossil fuels, and so make our carbon footprint smaller. Not many projects today can deliver like that."

The $134-million project is expected to create more than 80 permanent jobs and more than 300 construction jobs. The company says the project will generate enough electricity to power the plant and about 20,000 homes.

The company, through its Taylor Recycling Facility, is already one of the leading U.S. recyclers of construction debris. 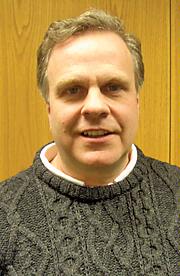 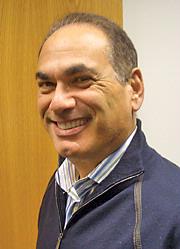