Find Your ‘First-Mover Advantage’ in 2011 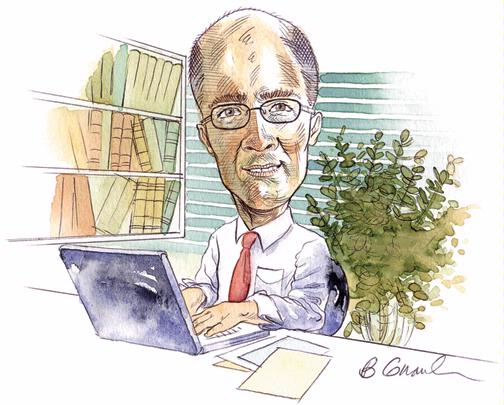 he post-election, lame duck 111th Congress got lots of things done as this issue came together in December, one of which was actually good for the U.S. as a location for business and industry. Defeat of the US$1-trillion-plus omnibus spending bill full of federal-trough slops for members' home districts was welcome news — it reportedly contained more than 6,000 pork projects. But I'm referring more specifically to passage in both chambers of the America COMPETES Reauthorization Act. The Act funds strategic investments in research and education that will directly benefit U.S. enterprises competing on the basis of innovation, particularly in the science and technology arenas. If those companies are more competitive, then they will grow, meaning they will hire.

"Innovation leads to job growth in three fundamental ways," according to the 2010 State New Economy Index from The Information Technology & Innovation Foundation (ITIF) and The Kauffman Foundation. (Look for state rankings from this Index in the State of the States report in this issue.) "First, innovation gives a nation's firms a first-mover advantage in new products and services, expanding exports and creating expansionary employment effects in the short term. Second, innovation's expansionary effects lead to a virtuous cycle of expanding employment. Finally," write authors Robert D. Atkinson, ITIF president, and Scott Andes, an ITIF research analyst, "when innovation leads to higher productivity, it also leads to increased wages and lower prices, both of which expand domestic economic activity and create jobs."

The key is to create the right kind of jobs, the Index stresses — those characteristic of high-paying, capital-intense, productive industries, such as biotechnology, clean energy, information technology, nanotechnology and advanced manufacturing.

"COMPETES represents an important step forward in enhancing U.S. innovative competitiveness," noted Atkinson on Dec. 21, the day the House passed the reauthorization measure. "But our work is not done. Other countries around the world are eager to wrest innovation leadership from the United States. The 112th Congress must be prepared to continue to strengthen America's ability to compete by enacting smart and innovative policies on a range of issues from taxes and education to intellectual property, energy and science and technology."

If these issues factor in to your facility location strategy for 2011, then you will find the Index synopses on our state data pages a welcome addition and a useful tool. Hint: Massachusetts, Washington, Maryland, New Jersey and Connecticut scored best in the overall 2010 State New Economy Index. Another addition to this year's State of the States analysis (the full-page treatments) is inclusion of state incentives updates from Hickey and Associates' State Incentives Database. We greatly appreciate firm president Jason Hickey's offer to incorporate this proprietary and timely material into our analysis.

Finally, be sure to read the site selectors' take on the 2010 elections in this issue, keep the Super Sites guide handy if you've "super-sized" your project, and be assured of my best wishes for a healthy and successful New Year.