ike a voice crying in the wilderness, Donna Watts is appealing for help to anyone who will listen.

The CEO of the South Baldwin Chamber on the Alabama coast wants the rest of America to know that, despite the calamitous effects of the BP oil spill in the Gulf of Mexico, her community is resilient and poised to rebound.

It’s just that, at this time, the people of Baldwin County need a helping hand.

“The impact to our business has been dramatic,” says Watts. “When the Deepwater Horizon oil rig exploded and sank and those 11 people lost their lives, immediately the news media began to say that the oil was heading our way and would be on our Gulf Shores beaches in only a matter of days. At that point, everyone started to call and cancel their vacation reservations along the Gulf Coast. We did the best job we could of getting the word out that our beaches and water were clean, but we were no match for the national news media, which tended to paint the entire Gulf Coast with the same stroke — that we were all slathered in oil.”

The resulting economic impact — losses now estimated to be in the billions of dollars for Gulf Coast communities in five states — is leaving its mark far and wide. But Watts wants people living outside the coastal region to know that her community can and will rebuild its economy, once the needed assistance arrives.

Watts is not alone. Throughout the Gulf Coast, from Florida to Texas and everywhere in between, business and government leaders are appealing for help from both the nation’s capital and BP, and the message of their combined voices is simple and direct:

A region that has proved its resilience in the past through multiple recoveries — following catastrophic hurricanes and floods in recent years — is poised to rebuild yet again; but needed assistance in the form of expedited restitution payments from BP, small business loans from banks, government bonds for development, and regulatory relief from Washington would greatly bolster those recovery efforts.

Chamber and economic development leaders are also appealing to corporate site selectors to give the coastal communities a chance to prove how accommodating they can be to the needs of business and industry. In fact, chamber officials and economic developers throughout the region point to a myriad of success stories that show expanding companies thriving along the coast.

A survey of the Conway New Plant Database shows a healthy mix of advanced manufacturing plant expansions, logistics facility development, aerospace projects and other high-tech firms growing in the region in the latter half of 2010.

What’s harder to track are the job losses in oil and gas exploration, commercial fishing, tourism, seafood restaurants and the seafood supply chain, sport fishing and other coastal recreation, and government jobs cut due to falling tax revenues.

Estimates are only now starting to come in to quantify the economic impact of the BP oil spill on the Gulf Coast region. Watts wants people to know that these job losses are real, and they affect real families.

“We have people in Baldwin County going out of business who have run their family business here for decades and decades,” she tells Site Selection. “We are seeing our free and reduced-price lunch rolls go up in our schools. Our children who are classified as homeless are increasing. That speaks volumes of our economic crisis here. People are not dying from starvation, but there is human suffering going on here.”

The one man who could help the people of Baldwin County recover quicker — federal BP claims administrator Ken Feinberg — is not helping, says Watts. “From Foley south, virtually every business here is dependent on tourism traffic. The federal government stepped in and required BP to put $20 billion into a fund for restitution payments and then appointed Feinberg to administer that fund. The Gulf Coast Claims Facility has been worse than anything I have ever dealt with in my entire life. Our businesses are failing and closing. We are struggling every day to help our businesses survive, but the money is still not coming to Alabama. We are far, far, far from being made whole.”

Watts is not the only coastal community leader making that claim. Site Selection interviewed dozens of state, local and regional leaders from Florida to Texas, and not one of them is happy with the performance of claims czar Feinberg. On the contrary, they are unanimous in saying that the federal administration of the claims process is broken and must be fixed.

“Our biggest challenge in the region right now is people getting their money back through the claims process,” says Chris Laborde, an official with the New Orleans Regional Transportation Management Center and a leader of the multi-state Gulf Coast Alliance. “A cash infusion is needed for businesses that are closing daily along the Gulf Coast now.”

Specifically, says Laborde, money is needed to keep struggling companies afloat, pay for marketing to turn around misperceptions about seafood and tourist destinations, and help economic developers spread the word that coastal communities are still open for business.

“We have to get more positive news out there about the Gulf Coast,” he says. “Cash contributions can help companies affected by the BP Gulf oil spill, and the U.S. Chamber of Commerce can help communities identify their biggest needs. But the biggest thing we face right now is the lingering perception that our beaches and seafood are tainted. What people need to know is that experts recently tested 30,000 water samples from around the Gulf, and not a single trace of oil was found in any of them. If we can show people what’s really happening on the Gulf Coast, that would go a long way toward overcoming that perception.”

Watts agrees. “There is a perception that our beaches are contaminated in some way, and that is not the case,” she says. “We are constantly doing air quality tests, seafood quality tests and water quality tests. And all of the experts can find nothing wrong.”

Feinberg’s office did not respond to repeated attempts by Site Selection to contact him.

Economists who specialize in studying the Gulf Coast region agree that the real economic impacts are being caused not so much by the oil spill, but by the reaction to it.

Those reactions range from tourists canceling their coastal vacations because of misleading news stories to bureaucrats in Washington deciding not to approve any more permits for deepwater oil drilling in the Gulf.

Both reactions are misguided, argue the economists, but their impacts are both real and long-lasting.

“The moratorium on deepwater drilling for oil and gas in the Gulf of Mexico has been legally lifted but not effectively lifted,” says Dr. Loren C. Scott, one of the leading economists in Louisiana. “It was legally lifted by the federal government on October 12, but you still cannot get a new permit to drill in the Gulf. They used to issue 13 permits a week. Since May, there have been only seven new permits issued. Through delays in the permitting process, the federal government has effectively and dramatically slowed down exploration in the Gulf.”

On top of that, says Scott, new regulations on drilling have increased insurance costs 10 to 35 percent for firms doing business in the Gulf. “This is driving all of the independents out of the Gulf of Mexico. It will be left up to the big buys of ExxonMobil, Shell and BP,” he says. “Plus, the Department of the Interior is forcing the industry to abandon 36 wells and 650 oil rig structures. This is a very bad time for the industry.”

Scott forecasts that Houma, La., will lose about 2,000 jobs related to the oil and gas industry over the next two years while Lafayette, La., loses about 3,800.

“Those are two areas of the state that rely heavily on offshore oil and gas exploration,” he notes. “Overall, we see exploration activity in the Gulf of Mexico declining, and this will take its toll on the Louisiana economy.”

Dr. Peter Ricchiuti, assistant dean at the Freeman School of Business at Tulane University in New Orleans, says that “the federal government has been dragging its feet on shallow water permits as well as deepwater permits since the accident. And there are more restrictions on drilling now. But the spill showed everybody just how much oil is underneath the Gulf in the deepwater. There is not a lot of new oil to be found in the U.S. besides what is in the Gulf.”

Hit even harder were the commercial fishing industry and tourism along the Gulf Coast, says Ricchiuti. “Commercial fishing was basically shut down for more than three months, and tourism along the coast was really affected negatively,” he says. “A lot of people affected by these shutdowns couldn’t make their payments and lost their properties. They suffered the biggest long-term harm.”

Adam Sacks, managing director of tourism economics for Oxford Economics in Philadelphia, says tracking information from the TripAdvisor Web site shows that “interest in beach areas along the Gulf Coast plummeted throughout the summer and is still down. This is a real good indicator of tourist behavior, and interest in booking Gulf Coast vacations was down by double digits in October.”

Sacks notes that interest in booking trips to Gulf Shores, Ala., was down 20 percent in May, 50 percent in June, 60 percent in July, 50 percent in August, and 40 percent in September and October. “I have seen similar trends in Pensacola, Fort Myers, and many other coastal communities,” he says. “The one exception to this trend is New Orleans, where interest is actually up.”

Companies that do manufacturing work and high-tech business in the region, however, remain committed to expanding their facilities and their operations. Jeff Raley, general manager of Goodrich Aerostructures in Foley, says, “Our business has been very robust even through the economic downturn and the aerospace downturn. We have recently expanded our painting shop, and we continue to grow.”

When asked why Goodrich chose Foley for expansion, Raley noted that “the people of this area have a very good work ethic. We are located midway between Mobile and Pensacola, and the people here just want a good job and they want to work hard. Also, the governor and state and local officials here in Alabama are very accommodating. Both of our recent expansions had good incentives with tax abatements on everything but the schools tax. The incentives are linked to employment and capital expenditure numbers, and they have really helped us grow.”

Raley adds that “the resilience of this community has been very impressive. They established a recovery center to help businesses here, and Bob Higgins of the Baldwin Economic Development Alliance has been heading that up. They are helping people process claims and providing counseling for people who have lost their jobs. They are very responsive to the needs of the community.”

Watts says those efforts will continue. “We will not give up. Quitting is not an option,” she says. “We will not stop until everyone has been made whole.” 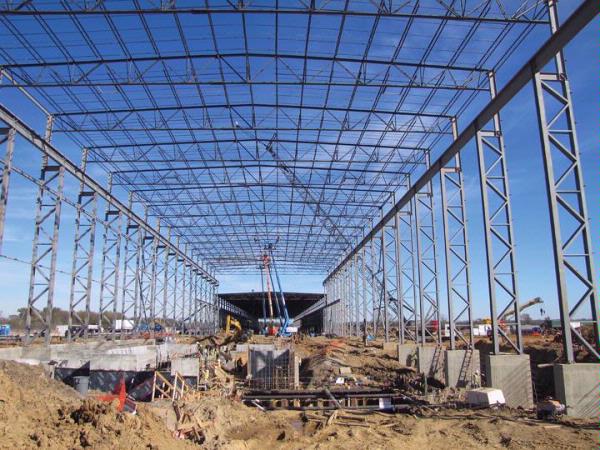 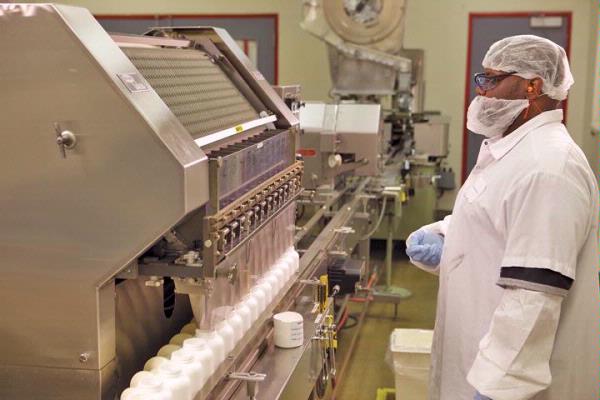