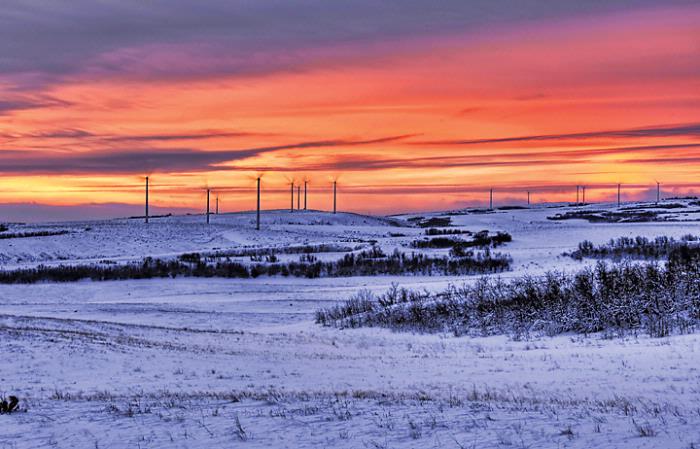 The first phase of the Ridgeline Energy wind farm near Idaho Falls is expected to cost about $200 million.
"W

e are a people business," says Alicia Laszewski, spokesperson for C3, a Florida-based company that's investing in a whole bunch of people in Twin Falls, Idaho.

A rapidly growing firm that provides call center services for businesses such as health insurance companies, C3 cut the ribbon on its new 48,000-sq.-ft. (4,459-sq.-m.) customer contact center in Idaho in October and has already hired 900 workers.

"The main reason we chose to locate a call center in Twin Falls is the quality of the area work force," says Laszewski. "They have been phenomenal. Being based here provides C3 with access to high-quality people, and that is essential because we are in the people business."

With an investment of US$43 million into the local economy in the first year of operation in Idaho, C3 is delivering a shot in the arm to the entire Twin Falls area.

"This facility was previously occupied by Dell, and that made it very easy for us to move in and begin operations quickly," Laszewski. "We began hiring in July, and we had over 2,000 applications for our first 550 job openings."

All call center workers at C3 are required to be trained and licensed insurance agents so that they can sell insurance to callers.

The company is part of a growing wave of firms investing into high-tech facilities and high-touch operations in Idaho.

Over the past year, Idaho has reaped large facility investments from C3, Esterline in Coeur d'Alene, Idaho Power in Lake Fork, International Isotopes in Idaho Falls, and Formation Metals in Salmon.

Twin Falls and Idaho Falls have both seen their fair share of capital projects and job creation, as have Pocatello and Parma. The Idaho National Laboratory continues to attract expanding companies to Idaho Falls, as innovative entrepreneurs seek a safe haven for their investments and the knowledge capital needed to conduct high-tech R&D.

"The Center for Advanced Energy Studies built a wonderful building and is experimenting with a computer-assisted virtual environment," says Linda Martin, CEO of Grow Idaho Falls. "With the new technology of CAVE, they can simulate being in an electric utility or a nuclear power plant. They can build a virtual transmission line. They use mapping technologies, and they are attracting an international presence. The center is able to attract the people who are the best in the world at what they do."

That includes the high-stakes nuclear project of AREVA. "We have been through several hearings with the Nuclear Regulatory Commission, and they issued the security assessment report in October," Martin says. "They will probably issue the final environmental impact statement in either January or February of this year. Hopefully, AREVA will be able to start up and get all of their needed licensing and permitting by January of 2012. It has been a long process, but we have all worked together and the community has been very supportive."

The community has also supported the planned construction of what could become Idaho's largest wind farm. Ridgeline Energy is building windmills in the foothills surrounding Idaho Falls. The first phase of the project is expected to cost about $200 million. Upon completion, the wind farm could supply power to many of the homes of the 55,000 residents of Idaho Falls.

"It will be a low-impact project for services, and it will help the county's tax base and bottom line," notes Martin.

Other notable Idaho projects in recent months include Allstate's $21.9-million customer service center in Pocatallo, Nunhems' $30-million plant expansion in Parma, and ON Semiconductor announcing its second expansion in one year in Pocatello.

Allstate Insurance Company is bringing more than 500 new jobs to the Pocatello-Chubbuck area as part of its project. "The Pocatello-Chubbuck area is a terrific community that offers an enthusiastic and energetic population from which Allstate can select the best and brightest to help deliver on our commitment to a superior customer experience," said Mark Pitchford, vice president of Allstate.

Nunhems is investing $30 million into its crop-science operation in Parma. "The climate and work force here made it so inviting," said CEO Douwe Zijp. "It is very well possible we will expand further. Our business is flourishing."