Site selectors discuss the ramifications of the 2010 elections on
incentive programs and other aspects of economic development.

he November elections weren't the only topic of conversation at the Mid-America Economic Development Council (MAEDC) 2010 Competitiveness Conference in Chicago last month, but they continued to reverberate through many of the subjects discussed by a panel of site selection consultants.

With so many changes in Congress, governors' mansions and statehouses, public policy impacting economic development throughout the United States is certain to change. The only question is how much.

The following is an edited transcript of that discussion.


STARNER: A lot has changed in the past year. A year ago, the mood was not one of optimism, as banks were failing and the home foreclosure crisis was mounting. Since then, we have seen a return to optimism. We are seeing an increase in the volume of deals being reported, and we are seeing evidence of pent-up demand being released. In some markets, industrial space is close to full occupancy. And we are seeing emerging industries accelerating in key markets around the country and around the world. Today, we will learn more about these trends and how they impact corporate site selection strategies, and we will learn this from our very accomplished panel of site selection consultants. The first question for our panel concerns incentives. With recent examples of some companies turning down incentives, when does an incentive become a shackle?

MONGER: As you look at the various incentives programs, some requirements are very burdensome. Harley Davidson actually rejected one state's incentive package because it was not very flexible. There must always be a balance.

LINDQUIST: In some cases, there are questions about how long a company will be tied into these programs. And sometimes there is so much public disclosure that companies are not comfortable with that.

NEBELSICK: I have had two projects recently in Minnesota where companies have turned down JOBZ benefits because they are not willing to pay the prevailing wage rates.

DAVIS: If you are offering a huge incentive package, the company realizes they must make a long-term commitment. We are seeing a lot of state incentives that do not necessarily meet the needs of the company.


STARNER: With Republicans winning control of so many statehouses, how will the shift toward more conservative policies impact tax incentives at the state level around the country?

DAVIS: Republican houses and governors will favor tax incentives because they traditionally favor big business. A lot will rest with the governors more than the legislatures.

LINDQUIST: I have been in three states in recent months that have stopped funding certain incentive programs. They are taking away simple tools and it sends a pretty clear message to my clients.

NEBELSICK: Missouri had a commission on taxes and they have recommended eliminating 28 tax credits and limiting 30 others. Kansas had a cutback on the amount of the business and job credit. This was going on before the elections, and we will see more of this.

FOOTE: I hope there are some smart choices made as administrations change over. As new staffs are created, I hope the new governors take a professional approach. Many times that does not happen. There is an opportunity now for some positive changes to take place, including some new incentives.

ADY: The money is moving away from write-in incentives to discretionary incentives being evaluated on a case-by-case basis. It will be harder to figure out when incentives are available. That can create the same amount of uncertainty as cutting back.


STARNER: With so many areas chasing renewable energy projects, what advice would you give to communities?

BOSMAN: We have known for some time that there would be a shakeout of winners and losers, and new technologies will leapfrog older technologies. You have to educate your community and pick your industries very carefully, but still know that they may not pan out. However, it is still a risk worth taking.

SCHJELDAHL: The number of companies is starting to shrink as the real players emerge. The competition to land these projects is getting more intense. Republicans are pulling back on carbon legislation, and that will create uncertainty in the market. This will prolong the confusion and push more decisions down to the state level. My advice is to pay more attention to what happens in your state government. You need to do your due diligence on renewable energy technologies. Plenty of communities have made some really unwise investments. You will take some risks, but there is a payoff.


STARNER: What do you see happening in the electric automotive vehicle sector?

BOSMAN: THINK Motors and GM are moving forward with major initiatives in this area. Even if these ventures don't pan out, you will have the technical capability in your work force and you will end up further ahead. Chrysler is investing in this technology as well. If they are willing to invest in it, there must be a future in it.


STARNER: What are your top two or three state business climates?

POLLINA: The first one that comes to mind is North Carolina. Right after them is Virginia. That is the best region of the country for having the right balance of work force and incentives and support for business. They are right next to each other and they are hyper-competitive with each other. That has allowed those states to really become more competitive than other states. They are constantly looking at their tax codes.

ADY: Louisiana has been a dark horse for a long time, but they have really come on strong in the last couple of years. They have turned around their business climate tremendously. They work together as a team at the state level and they partner with the business community. They all work on the same page.

POLLINA: Louisiana was the most improved state in our report this year. The attitude and coordination of the state have really improved.


STARNER: What advice would you give the Midwestern states to help them close the gap with North Carolina and Virginia?

POLLINA: One of the most important things is right-to-work. If the political will is not there, it is very hard to push it through. You also need to look at your overall tax environment. If you have very high tax rates but have a lot of loopholes, that is just very confusing. You need a clearer tax code.

ADY: It has to do with the bonded indebtedness of the states. Companies are looking more closely at the long-term budget deficits of the states. Illinois now has a $14-billion deficit. Who is going to be paying for this five to 10 years down the road?

FOOTE: A company told us they wanted to locate a headquarters project in the Southeast. They said they would consider Georgia and the Carolinas and Florida. They said they would not consider other Southern states because of their perception of education in those states. They also expressed a concern about crime rates. For this company, these were two of the most important issues. When I look at the Midwest, you have to promote your great educational systems.


STARNER: With all of the media attention on unemployment, what's often set aside is the reality of worker shortages in some key industries. What do we need to do to address these shortages?

ADY: We have a lot of college graduates flipping burgers. There is a good supply of graduates for entry-level positions, but there is a shortage of technical training. Corporate clients can satisfy entry-level jobs, but they need more technical workers who come from community colleges and vocational schools.

SCHJELDAHL: If your work-force population is getting older, that has a very significant impact on companies that are looking for a smaller community setting but want to have a fresh perspective in their work force. Some companies tell me they just can't find the workers they need. You have to be able to challenge your young people to stay, and train them to meet the needs of industry in the future.

FOOTE: We have done some major labor analysis for key markets like Dayton and Rockford. There is a shortage of machinists and other C&C skills. We need to transfer some of the older automotive skills into newer trades. That translation is absolutely critical. We need to get younger people excited about these high-tech, highly skilled positions. Those are great occupations if you can just get that sold. The tougher job is to convince the parents of these kids that those are the jobs to pursue.


STARNER: Can you give an example of a small or rural community that has had some success in promoting innovation and entrepreneurship?

ADY: I had a project in Muncie, Indiana, and I was surprised by the regeneration of the community. They are growing entrepreneurship and bringing manufacturing back. They have a small business program in Indiana with about eight regional offices. That seems to have worked rather well. The medium-sized colleges are driving start-ups very successfully, more than the large universities where there is too much bureaucracy. In Muncie, they have a very unique database. They have inventoried their major manufacturers and have determined what kinds of opportunities there are for entrepreneurs to work with their companies in the community. Muncie also filled up a formerly vacant Westinghouse transformer plant of 300,000 square feet [27,870 sq. m.]. (Caterpillar subsidiary Progress Rail Services will move into the facility to manufacture transit locomotives. —Ed.)


STARNER: What are some emerging international destinations for business?

SCHJELDAHL: I would say Brazil. It had a very unstable currency for a long time, but in the last 15 to 20 years they were able to stabilize their currency, and the country has exploded in growth. Embraer is one of the great aircraft companies in the world. It will be a dominant player.

ADY: The United Arab Emirates has a tremendous amount of money. They can buy whatever to bring companies into that country. Many of our most prestigious universities have facilities in the Emirates. Most of the people who live there and in Qatar are from other parts of the world. They assimilate very easily into the global economy. 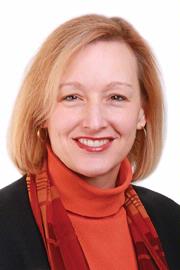 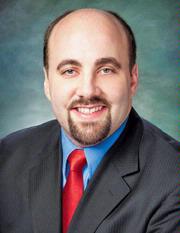 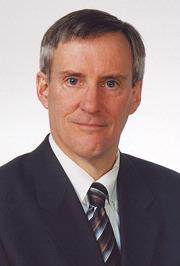