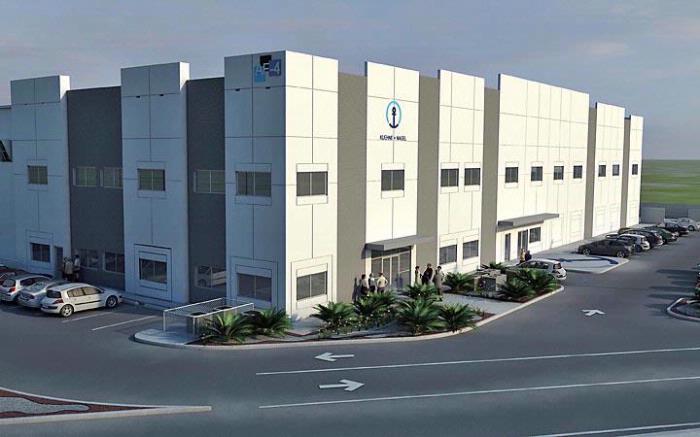 Investors in Mexico’s industrial
market no longer brush aside
concerns of escalating violence.
Nor are they dissuaded from new
investment, given the bigger picture.

ozens of major industrial projects were announced in Mexico in 2010, underscoring that market’s importance as a location for manufacturing and logistics operations, among others. But are reports of escalating violence — along the U.S. border and elsewhere in the country — undermining the desirability of the market? Probably not yet, in most investors’ view, but this factor cannot be ignored.

"Violence in Mexico is an escalation of the fight of drug cartels to gain control of certain markets to distribute drugs to the U.S., and most of the incidents are among those members," explains Luis Gutierrez, senior vice president and managing director, Mexico, at AMB Property, a San Francisco-based REIT and industrial developer. Gutierrez is based in Mexico City. "It is concentrated mostly in some states: in the north, the states of Chihuahua, Tamaulipas and Sinaloa; and in the south, Guerrero and Michoacan.

"To date," he notes, "we have seen no plant closings in Mexico derived from this problem, and new investments are searching for other states in which security is not an issue. And, importantly, there are steps being taken by the Mexican government in conjunction with the U.S. government to solve the security issue."

"From an investor’s point-of-view, the influx in violence in Mexico is definitely a concern, but the fundamental reasons for doing business in Mexico remain," adds Kent Newsom, vice president at Ridge Property Trust, a Chicago-based REIT formed by Ridge Investors LLC and Prudential Real Estate Investment. "Much of the downturn in business expansion in Mexico early on was the result of the weak global economy. However, the effect of escalating violence on the Mexican economy cannot be ignored," says Newsom, who works in the REIT’s Irving, Texas, office.

In November, Illinois-based IMS Buhrke-Olsen, a tooling and metal stamping company, announced plans to expand its facility at Ridge Property Trust’s La Silla Apodaca Industrial Park in Apodaca, Nuevo Leon, by 97,600 sq. ft. (9,000 sq. m.). The expansion will bring the facility size to 142,500 sq. ft. (13,240 sq. m.), of which IMS Buhrke-Olsen will occupy 71,000 sq. ft. (6,600 sq. m.), saving the rest of the space for future growth. The company operates another Mexican facility, in Coahuila, in addition to one in Downers Grove, Ill.

"We have not seen a large number of companies or investors fleeing Mexico," says Newsom. "Many companies that have had operations in Mexico for a long time are not easily swayed by escalating violence. From our experience, new companies without operations currently in Mexico are not making new investments or pursuing new development in Mexico, but we’re seeing companies with operations currently in Mexico beginning to be comfortable with expansion. Although none of our facilities or companies’ operations have been significantly affected by violence, we certainly hope the trend subsides, because no one should have to suffer and live in the midst of violence."

Meanwhile, says AMB’s Gutierrez, the business case for investing in Mexico is as strong as ever.

"Mexico’s location next to the biggest consumer market in the world makes it a major player in the productivity race," he points out. "Over time we have developed an efficient manufacturing base and many industrial companies are producing exports." Of particular note are the auto industry, electronics and white goods (appliances). "Mexico recently surpassed Canada as the second-largest exporter to the U.S., and FDI has had healthy growth compared to previous years. Solid macroeconomic management of the economy has been responsible for 5-percent GDP growth, 5-percent inflation and more than US$100 billion of reserves, providing excellent financial stability. Additionally, Mexico has a low fiscal deficit and virtually no problems with the banking sector," Gutierrez relates. "And a youthful population with an average age of 31 will keep the labor pool well stocked for the foreseeable future."

Speaking of the future, says Newsom, Mexico’s industrial market in 2011 will see an uptick in activity from companies wanting to expand but which have been reluctant to do so in the current economic climate, particularly along the U.S. border.

"2011 will be a year of growth, but the industry will likely see expansions of built-to-suit facilities rather than large speculative developments," he ventures. "Companies have been waiting for the economy to solidify before making any expansion moves. We are also seeing companies take this opportunity to address such basic issues as how to restructure operations, how to reroute distribution channels and how to rethink the supply chain to create operational efficiencies across the board. These types of questions lead companies to look for new facilities, or consolidate several smaller facilities, into one larger, centralized facility to increase productivity and lower costs."

"Farther south from the border, we have seen continued expansion in Monterrey," says Newsom. "Recently, a company decided to consolidate several of its smaller facilities outside of Monterrey in favor of expanding one of its more centralized distribution facilities by nearly 100,000 square feet [9,300 sq. m.]. This way, workers are able to operate under one roof and can maximize productivity." 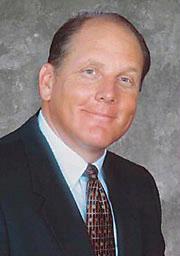 “From an investor’s point-of-view, the influx in violence in Mexico is definitely a concern, but the fundamental reasons for doing business in Mexico remain.”
— Kent Newsom, vice president, Ridge Property Trust 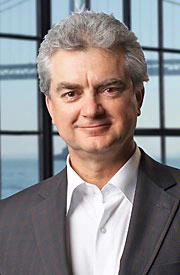