Lighting Up the Landscape 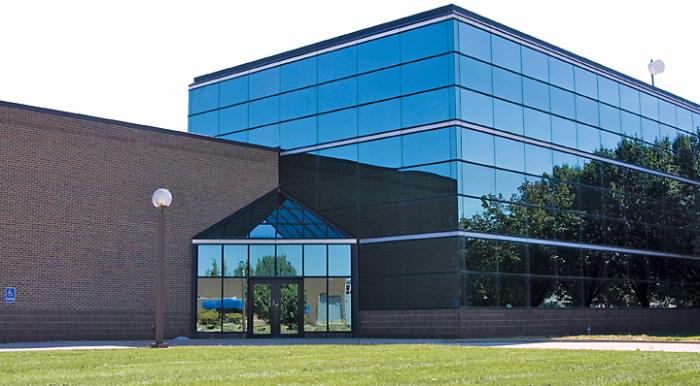 Altair Engineering subsidiary ilumisys plans to begin making its LED lighting products by late spring at this facility in Troy, having brought back the manufacturing from China. Dave Simon, president of ilumisys, says there is good value to be had in the Detroit-area real estate market, as well as in its skilled work force.

by JOHN W. McCURRY
A

burgeoning industrial cluster has the potential to brighten Michigan's economy. Design and manufacturing of LED lamps, also known as solid state lighting, is growing in the state as the industry becomes more automated. The industry is also drawing on the state's skilled automotive work force.

Altair Engineering, a software and technology company, announced in September that it had purchased a 136,000-sq.-ft. (12,634-sq.-m.) building in Troy to locate its ilumisys subsidiary, which produces LED lamps for direct replacement of fluorescent lights. The company is investing US$7.4 million in the project and will also receive a $4-million tax credit from the Michigan Economic Growth Authority. The facility will house the company's headquarters, R&D and manufacturing operations. Ilumisys, which has been working with a manufacturing partner in China, plans to bring its manufacturing to Troy by mid-2011.

Altair, founded in 1985 as an engineering consulting firm, is a global, privately held company with 1,400 employees. Today it specializes in software development and consulting. In 2007, the company spun out Ilumisys to take advantage of some R&D work the company did in the LED area in the late 1990s.

"We developed the technology around solid state lighting in the 1990s and at that time the value of the LED industry was still very non-apparent," says Dave Simon, president of Ilumisys. "The cost was high and the light output was extremely low. LED lights were putting out five to 10 lumens per watt, which was not as efficient as an incandescent light bulb. When we developed the patents, it was an interesting notion. Later it became apparent LEDs were going to move along some fast improvement curves. Today, commercially available LEDs are over 100 lumens per watt and on a clear path toward 200."

Ilumisys has been housed within Altair's headquarters in Troy. Simon says the company expects to employ 35 to 50 as it ramps up manufacturing in 2011.

"Costs keep coming down and the forecasts for market growth are very large," Simon says. "In terms of overall energy consumption savings, there is a forecast that says about 20 percent of electrical power targeted toward domestic consumption of lighting can be [saved] by switching to LED."

Simon credits the package of local, state and federal grants and tax credits the company received as the key factor in its decision to keep ilumisys in Troy. The ilumisys building was previously used in the automotive sector and by the U.S. Postal Service.

"The real estate market in Detroit has been suffering from high vacancy rates the past few years, so the good news is there is value to be had," Simon says.

Simon says ilumisys has been working with a good manufacturing partner in China for two years, but he notes that there are issues with having manufacturing 12,000 miles (19,308 km.) away from its research program and the company's major markets.

"One of the ways to be competitive with Asian manufacturers is to be highly automated," Simon says. "That requires a substantial capital investment, and that's where federal tax credits and the MEDC came in.

"In terms of taking advantage of Michigan's work force," he continues, "if you look at the skill sets that are here from the automotive industry, there are people who are extremely experienced with auto equipment and tooling and the higher tech sides of manufacturing. There is also good experience here in supply chain management."

Simon also heads the Michigan Solid State Lighting Association (MSSLA), which he says is the only trade organization of its kind in the U.S. He says the industry is primarily clustered in the Detroit area, but is represented across the state with companies in Grand Rapids and Traverse City.

"We keep finding new companies springing up," he says.

"When you start to make things in very high volumes, your geographic location doesn't depend so much on your labor rates," Simon says. "As the volumes continue to go up in the industry, more companies will set up highly automated manufacturing in the States and, hopefully, in Michigan. The focus of chip making is in Asia, but where the actual manufacturing of lighting products will be is still to be sorted out."

"Michigan has a great shot to emerge as one of the industry's leaders. The industry is still in its early stages and is very fragmented. Applications for LEDs globally for TVs, signage, cell phones and billboards are already huge, but the growth of LEDs applied to illumination has great potential."

A Mount Clemens-based company, Clean Light Green Light (CLGL), develops, manufactures and sells LED lighting designed to retrofit into existing infrastructure as well as new construction. The company recently became a wholly owned U.S. subsidiary of U.K.-based Global Dynamix Solutions. CLGL, which has a license to use some of ilumisys' technology, focuses on the commercial, industrial and municipal lighting markets.

CLGL CEO David McKinney says technological developments are turning the lighting industry on its ear, and manufacturing cost decreases are turning it toward Michigan. "I have watched this industry come alive in Michigan," he says.

CLGL currently does most of its manufacturing in China through its wholly owned foreign enterprise company in Shenzhen. It also contracts out some manufacturing in Michigan, but McKinney says the company has plans to bring that in house during 2011. McKinney agrees with Simon that Michigan's manufacturing history bodes well for the LED sector's future development.

"Being a master electrician, I understand the way that people work. There is something about coming from the automotive sector and having manufacturing bred into every generation. People know manufacturing here. We want to grow a market and bring this manufacturing to Michigan. All of this hard work is starting to come to fruition. We are really growing the company enormously and developing new fixtures that are cheaper to create." 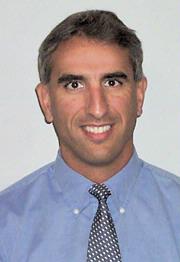 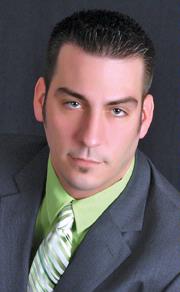