Poland is quickly moving from emerging economy to EU bedrock.

nly five years after accession to the European Union, was the only EU nation to show GDP growth in 2009, as the rest of the EU and most of the world faltered.

Then a tragic plane crash in in April 2010 took the lives of many of the nation's leaders, 96 in all, including its president. Did turmoil ensue? Quite the opposite: Despite the overwhelming grief and shock, political and economic stability prevailed.

Indeed, analysis by the Polish National Statistical Office estimates that GDP during the first three quarters of 2010 increased by 4.2 percent. Sold production of industry increased by 10.7 percent among entities with more than nine employees, with the biggest increase (12 percent) observed in manufacturing. Moreover, the value of exports during the period was up by more than 20 percent vs. the equivalent period in 2009.

In the Investment Attractiveness ranking conducted by A.T. Kearney, PriceWaterhouseCoopers and Ernst & Young, the country consistently scores in the top five most attractive investment destinations.

The World Bank calls for 4.1 percent GDP growth in in 2011. Another favorable economic factor is that between 2007 and 2013, will be the largest beneficiary of European Union Structural Funds, which aim to speed up its development and are available, among others, to any company incorporated in the country.

Newly elected President Bronislaw Komorowski met with U.S. President Barack Obama in early December in . He met among others with the U.S.-Poland Business Council, a new organization which counts such major corporate investors in as Boeing, Exxon, International Paper, Raytheon, United Technologies, Chevron and Marathon Oil among its members.

Zbigniew Kubacki, head of the Trade & Investment Section at the Polish Embassy in , says the council comprises a few dominant sectors, with one developing rapidly in recent times.

"Energy seems like a particularly interesting area for cooperation between and the ," he says. " could be a major partner for companies. Our countries share the same problems and challenges with regard to climate change requirements and finding a way to produce clean energy out of coal."

Like the , has struggled for years to balance its energy needs and sources. Now opportunities are also arising in parallel with the , such as newly discovered shale gas resources.

Renewables are another opportunity. On December 7, 2010, pledged to attain 15.5 percent of the nation's total energy needs in transport, electricity, heating and cooling with renewable sources by 2020.

The government has decided to turn to nuclear energy as well: Currently, does not have nuclear power plants, but unlike its German neighbors, it wants them.

"We know that to meet EU energy requirements, needs to change its energy mix, and nuclear will play a large part," says Adam Normark, responsible for the energy sector at the Trade & Investment Section. " will build two new nuclear plants in the coming years, and American companies are interested in this area."

In the Talent Zone

American companies are interested, period, as are companies from other nations. IBM employs 3,000 in , and Samsung operates its largest European R&D center there. In October, Fiat's CEO sang 's praises in noting that the company's 6,100-worker plant in equals the productivity of five plants and 22,000 workers in its home country of , according to a Wall Street Journal report.

Also in October, welcomed a new 50-job center of excellence from software firm Symantec, as well as an 80-job international IT services center in Pozna´n from Ciber, the company's first in central and eastern Europe. Ciber leaders stressed the area's IT and foreign languages expertise, as well as it investor-friendliness, and said the company eventually plans to hire 200 people.

That same month, United Technologies company Hamilton Sundstrand launched construction of a new aircraft engine production, assembly and testing complex in Rzeszów, located on a 3.7-acre (1.5-hectare) parcel in the Mielec Special Economic Zone. The US$33-million investment will mean 300 jobs, 70 of them filled by engineers.

Mielec is one of 14 special economic zones in , and a particularly successful one. was among the pioneers in establishing such SEZs, led by Minister of the Economy Eugeniusz Kwiatkowski's founding of the original Central Industrial District of Poland in the 1930s.

Today the zones encompass nearly 50,000 acres (20,000 hectares) and have developed clusters of expertise: automotive in Katowice and Walbrzych; aviation in Mielec; wood products in Suwalki; high-tech and software in Krakow; white goods in Lodz; and ICT and high-end electronics in the Pomeranian SEZ and in Legnica.

According to , was one of the leading destinations in Central and for projects from the transport equipment and electronics sectors from 2003 through 2009.

An early December conference hosted by Poland Foreign Investment Agency addressed the barriers that still exist to the inflow of FDI, among them a sometimes-unwieldy sequence of administrative procedures, and infrastructure that's still in development. But the pluses cited by survey respondents were led by the talent base residing in 's 38 million people — people who also happen to represent an emerging consumer base.

"We find the talent pool to be extraordinary, and the individuals we've hired are exceptionally motivated, intelligent, loyal, and committed," said one un-named financial services executive whose company has operated in since 2007. "The team here outstrips any other in our worldwide offices with respect to value created relative to total employee-related expense."

Kubacki says is attractive because of its fast-growing market, geographic connections east and west, and increasingly open administration. But its core of young, energetic talent may be the ultimate calling card for the nation.

"It's a place where people are well educated, ready to work, and very well prepared to take highly demanding jobs."

This investment profile was prepared under the auspices of the Embassy of Poland Trade & Investment Section. For more information, visit www.washington.trade.gov.pl. 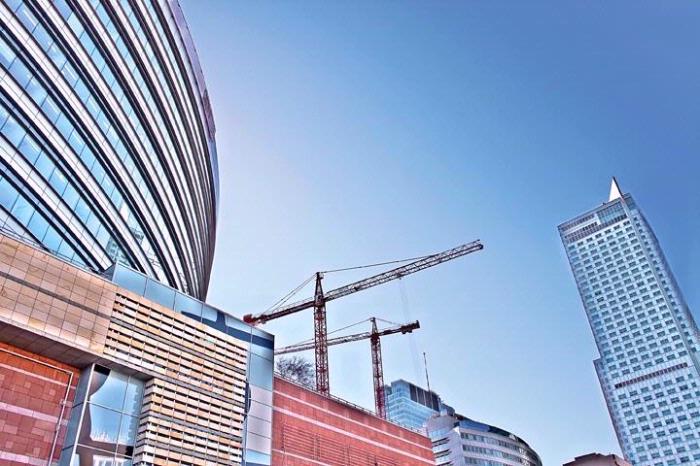 Warsaw, which will host a major European soccer tournament in 2012, is abuzz with building and infrastructure projects. “Poland is a construction place,” says Zbigniew Kubacki, head of the Trade & Investment Section of the Polish Embassy in Washington, D.C. He cites the multitude of highway, bridge, airport and transit projects in the country, many of them helped by EU funds. “There is unbelievable growth now.”