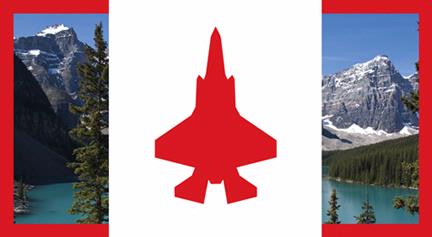 ook past the Canadian Rockies and their travel and tourism draw, and even past Alberta's booming bituminous sands region, and you'll find Western Canada's next signature industry — aerospace.

Much of the sector's activity has to do with Canada's involvement since 1997 in the Joint Strike Fighter (JSF) initiative, a fighter aircraft program supported by nine countries, including Canada and the U.S. The primary contractor of the F-35 is Lockheed Martin, but numerous aerospace companies, including several in Western Canada, have supporting roles. Canada's participation in the JSF partnership (worth about C$168 million thus far) guarantees these and other aerospace concerns around Canada access to competitive opportunities worth an estimated $12 billion.

Avcorp Industries Inc., Delta, B.C., for example, won a $500-million contract to produce 340 sets of wing tips for the F-35 Carrier Variant Outboard Wing that will lead to about 70 new jobs, according to Avcorp President Paul Kalil. Avcorp, which also operates a facility in Burlington, Ont., also builds airframe structures for Boeing, Bombardier, Cessna and other aircraft manufacturers.

Fellow B.C. company NGRAIN of Vancouver is developing 3D software technologies to support the design, assembly and maintenance of the F-35. The company produces the Virtual Damage Assessment and Repair Tracking software used by aircraft maintainers to record damage and repair information in 3D.

In Winnipeg, Man., the Bristol Aerospace Ltd. division of Magellan Aerospace Corp. is making complex aeroengine and composite assemblies for the F-35 Lightning II version of the Joint Strike Fighter.

All told, Western Canada is home to 450 aerospace companies with revenues of more than $4 billion and an employment base of more than 15,000 people, according to the Canada West Aerospace & Defence Industries Association. Following is a provincial breakdown of aerospace resources of interest to site seekers with a western Canadian location on their checklist: