A sneak peek at the next generation of technology parks. 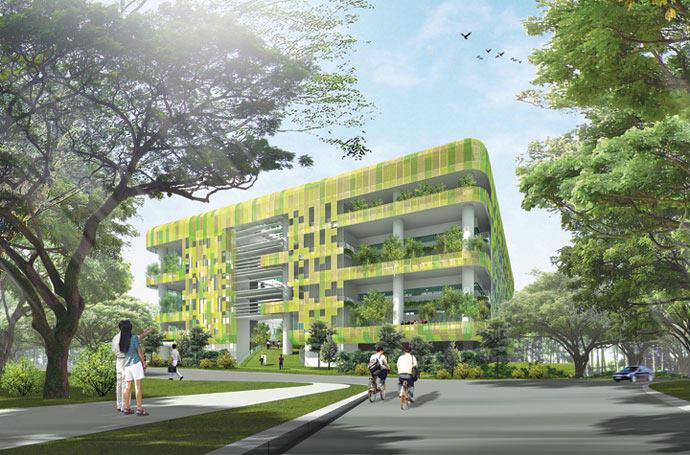 CleanTech One, due to open by the end of 2011, will be the first building in Singapore’s CleanTech Park.
S

pectacular new technology and research parks are under way or in the planning stages around the globe. These parks are increasingly focusing on specific technologies such as clean technology or aerospace.

Singapore is no stranger to world-renowned research parks. JTC Corp., which developed the Biopolis life sciences research complex, is under way with parks focusing on clean technology and digital media.

The 50-hectare (123.5-acre) CleanTech Park is slated to be developed over the next two decades with a completion date of 2030. Developers say its first building, known as CleanTech One, will be completed by the end of 2011. The six-story, two-tower building will have 37,500 sq. m. (403,875 sq. ft.) of floor space. It will provide lab and office space for cleantech companies and will also serve as the gateway into the park.

The CleanTech One building will live up to its name. It will derive up to 38 percent of its estimated energy load through a hydrogen-powered fuel cell. The building will use a solar power system. Rainwater collected from rooftops, along with grey water collected from wash basins and condensate from air-conditioning systems, will be stored and treated for impurities before being used for non-potable usage like irrigation and flushing of toilets, saving 38 percent of the building's estimated non-potable water consumption.

Mediapolis will be a 19-hectare (47-acre) collaboration between several government agencies and will be developed as an R&D hub. The first building in Mediapolis, Infinite Studios, is a 10-story development with a gross floor area of 24,078 sq. m. (259,320 sq. ft.). It hosts Singapore's first two fully operational sound stages and supporting facilities to support high quality media productions, especially films with high digital content and strong visual effects.

Construction began in February 2011 and is expected to complete in the third quarter of 2012. Once completed, media and entertainment company Infinite Frameworks will be a main tenant. Another major tenant is media service provider Globecast Asia, which will be building a satellite teleport capable of receiving and sending content around the world. Mediacorp, Singapore's national broadcasting company, has also announced that it will be shifting to Mediapolis. The move will be carried out in phases from 2014 and is expected to complete by mid-2015.

"South Carolina is emerging as an aerospace state, and for many years has been successful in attracting aerospace investment," Papadea says. "Everyone knows about Boeing, but there are others that aren't quite as publicized. Our location is good. We are about dead center on the Eastern Seaboard."

Those involved with the project say it has the potential to create up to 5,000 jobs as companies move in over the next several years.

Connecticut State Senate President Donald Williams is among state officials backing a proposed technology park at the University of Connecticut at Storrs.

"It's an idea that was first proposed in the 1980s," Williams says. "Some folks had looked at Research Triangle Park in North Carolina and thought about leveraging public, academic and corporate assets into a public-private partnership. For a variety of reasons, that did not go forward. I wanted to revive that idea in a different way. It's so critical in Connecticut that we capitalize on our public assets for job creation and economic development. We also recognize that we are in the middle of an R&D corridor that includes Boston and Cambridge, the University of Connecticut, significant bioscience research in Farmington, the assets we have at Yale and all the assets in New York and New Jersey."

Williams says the park will have a multi-sector approach and will build on the state's success in advanced and precision manufacturing, plastics, electronics, lasers and aerospace. He says it will also build on the presence of companies in the state such as Sikorsky and Pratt & Whitney.

"In this year's budget we are including start-up funds to pull together loose ends of infrastructure, and then we intend to go forward with the development of the footprint of the park," Williams says. "In the next four years we will commence building the first structures in the park, which will include incubators and lab space. The intention is to leverage those resources to gain private investment."

The proposal includes $18 million in state bond funding for the design, site development, and infrastructure improvements necessary to create the park. The complex will eventually include multiple buildings — many of which could be privately funded — and will house large, flexible-use laboratories containing specialized equipment for collaborative research.

"Connecticut is a state whose economic progress, indeed whose economic survival, depends on knowledge and innovation and very advanced technology," said University of Connecticut President Phillip Austin when the project was announced in May. "When the state succeeds in those realms it yields benefits almost beyond measure and keeps us at or near the top of the nation in terms of economic well-being."

Perhaps the narrowest of the niche parks is a proposal to explore the development of a prototype International Lunar Research Park at the University of Hawaii on Hilo. It would use the state's unique terrain, which is similar to that of the moon and Mars, to enable development and testing of advanced automated and tele-robotic vehicles. Researchers would benefit from Hawaii's natural geography, advanced communications, power generation and other technologies required for space exploration. NASA and the State of Hawaii agreed in May to collaborate on a wide range of activities to promote America's human and robotic exploration of space.

"Hawaii has been part of America's space activities from the beginning of the space program when Apollo astronauts trained in the islands for their historic missions to the moon," said Gov. Neil Abercrombie. "This partnership with NASA will broaden educational and employment opportunities for our local families and bring dollars into our economy."

The agreement establishes a partnership between NASA's Ames Research Center at Moffett Field, Calif., and Hawaii to explore and test new technologies, capabilities and strategies supporting America's space exploration and development goals. The state will provide the prototype test environment and infrastructure for the proposed analog test facilities. NASA will evaluate new concepts and models for conducting space exploration. The state will explore the potential to develop and mature innovative space-related technologies for educational, industry and government use. 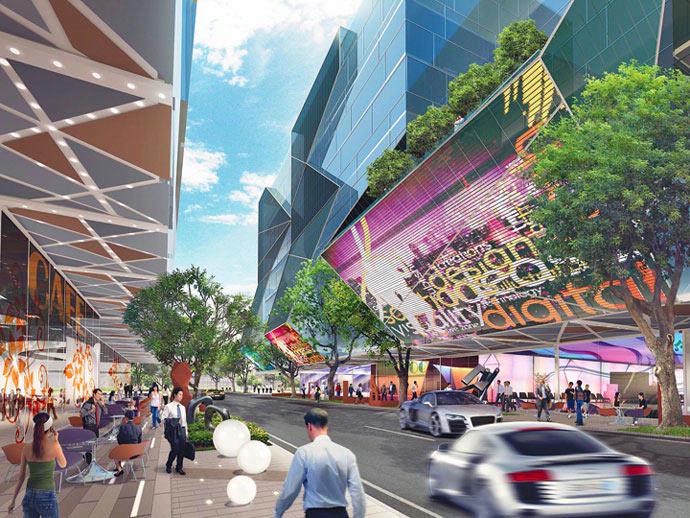 Mediapolis is designed to be Singapore’s center of digital media development.
Images courtesy of JTC Corp. 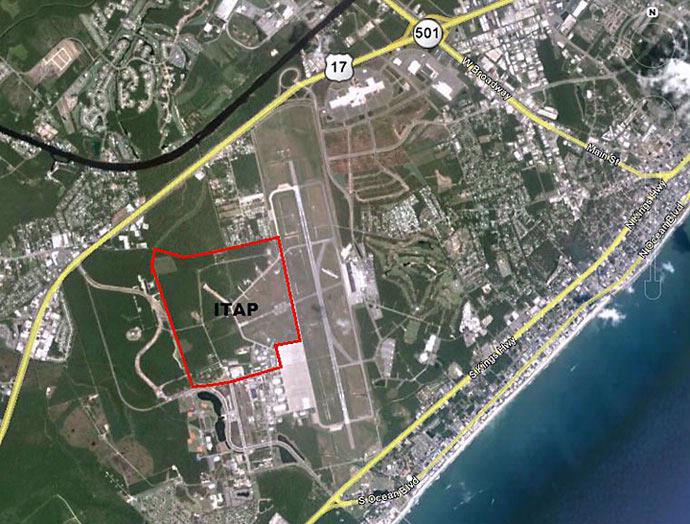 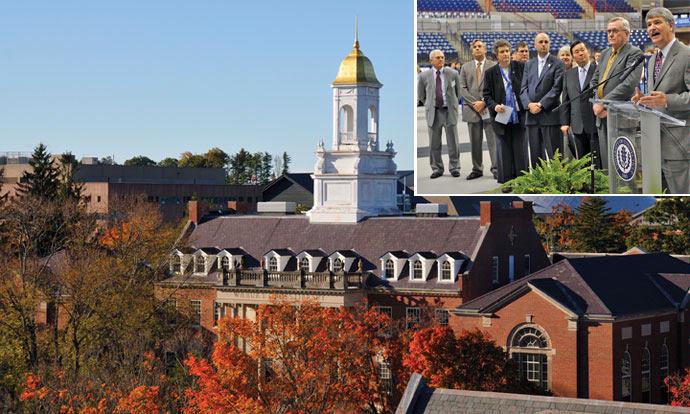 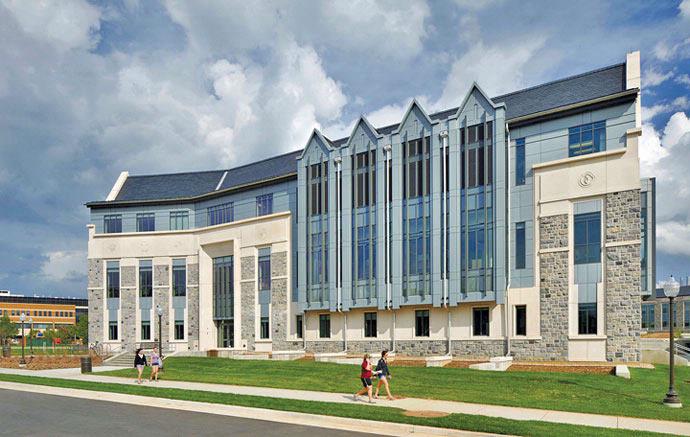