A Winning Bid For Innovation

Nebraska’s efforts to grow and attract high-tech talent
are paying off in the form of expanding entrepreneurial firms. 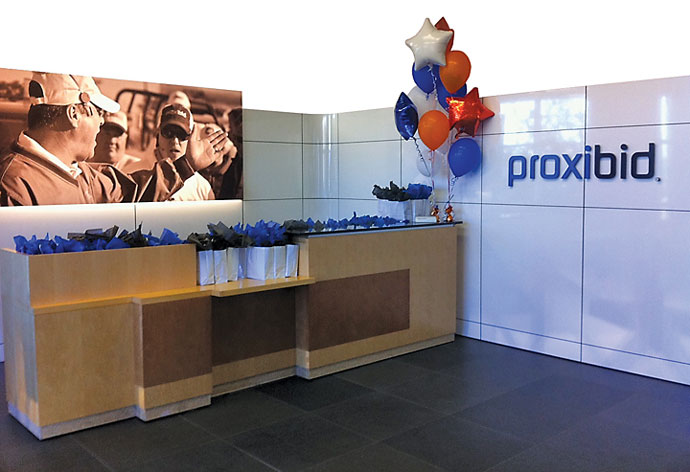 Proxibid Inc. recently moved into a new 25,000-sq.-ft. facility in Omaha. In less than a decade, the online live auction firm has grown to 100 employees.
Photo courtesy of Proxibid Inc.
by RON STARNER
E 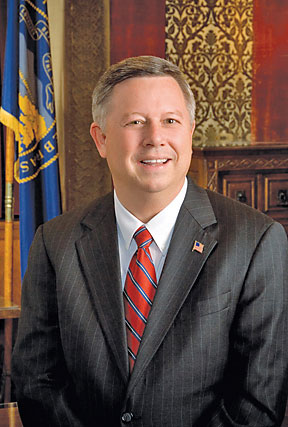 ven as Nebraska Gov. Dave Heineman pushes legislation to advance business innovation and work-force recruitment, his state is showing signs of harvesting the kind of talented entrepreneurs he envisions.

Two examples are Proxibid Inc. in Omaha and Xpanxion Inc. in Kearney.

The world's leading provider of live webcast auctions, Proxibid is growing its own technical work force faster than an auctioneer can talk.

"We probably added 40 people in the past year," says Ryan Downs, president of Proxibid. "We are expanding aggressively. We have about 100 people right now."

The concept behind the firm is unique. "We allow bidders from anywhere in the world to come in through the Internet and join a live, in-person auction and bid as though they are at the auction," Downs says.

In less than 10 years, the company has grown to become the world's largest provider in this sector — a growth curve that is prompting the firm to seek larger quarters.

"We are moving to a new space in Omaha that will fit our culture and growth much better," Downs says. "We are moving into a 25,000-square-foot facility that has a very high ceiling and loads of natural light. It has a lot of open space for collaboration."

While he could not divulge the amount of capital investment in the relocation, Downs adds that "we are spending a good deal of money to make this happen. We invested in a great deal of technology and tenant improvements to the space, including buying all new furniture. Our investment in Nebraska has been substantial."

Proxibid applied for state incentives through the Nebraska Advantage Act, which rewards companies for making large capital investments and hiring workers. "This expansion will go a long way toward making us eligible for that plan," Downs says.

Downs notes that the company is expanding in Nebraska by choice. "We have opportunities to invest in other places as we grow, but we have decided to stay here and continue to invest here because Nebraska is a tremendous home for us," he says. "We have been able to attract world-class people. We have been able to get the support and technology resources we need here. It is a tremendous culture and a very high-quality work force. Our work is mainly technical. So for us, the quality of the technical work force is where it begins and ends."

Omaha provides Proxibid with access to capital. "Our company is entirely funded with local capital," he says. "The Scott Technology Center, affiliated with the University of Nebraska at Omaha, served as an incubator for us during our first two years. Now we are pursuing the growth of our head count in Omaha. We are also going to expand aggressively into Europe and Asia, but the heart of our company will always remain here in Nebraska."

From India to Kearney

Another venture with its heart firmly planted in Nebraska is Xpanxion Inc. A leading provider of outsourced software and BPO services, Atlanta-based Xpanxion has established a Center of Excellence at its Nebraska Active Quality Center in Kearney.

"I spend half my time in Atlanta, but we realized that a lot of the work we were outsourcing to India could be done in Nebraska," says Paul Eurek, chairman and CEO of Xpanxion. "Nebraska became my pathway back home. It allowed me to come back to Nebraska and start creating some of the jobs here that I had been creating in India."

Eurek says he selected Kearney because of its access to the university system. "We knew we needed a constant flow of technologically educated individuals," he says. "We needed to get them as early in the cycle as we could. Kearney is one of those university towns putting out the engineering degrees we needed in order to grow."

Since launching the new center in Kearney in 2007, Xpanxion has hired 70 full-time employees and 12 interns in Nebraska. "We are now positioned to add three or four people every month," Eurek adds.

The Kearney facility services such Atlanta-based clients as Cox Communications and Crawford Insurance. "What we found here is that we are able to find employees with an incredible level of work ethic," notes Eurek. "These kids are the sons and daughters of farmers. They work every day until the job gets done."

Eurek likes the fact that "the cost of living is lower here, and we have a tremendous amount of work-force loyalty. In India, we had 10- to 15-percent attrition annually. It is virtually non-existent in Nebraska. It is one percent or less."

Eurek adds that the "consistency of the level of employees is much higher here than what we could recruit in Atlanta. In Kearney, I can cherry-pick from the best and brightest."

He also likes the central U.S. location. "Nebraska is right in the center of the country. That allows us to work with clients nationally without having that three-hour time difference between New York and Los Angeles."

The infrastructure helps too. "We have some of the best and biggest fiber pipes going through our state, following right along Interstate 80 through Kearney," adds Eurek. "There are three or four major fiber optic lines here, so the connectivity is as good as or better than what you would find in Atlanta."

Xpanxion has 325 employees globally and plans to employ up to 120 workers in Kearney. "We just moved into our new facilities this year," Eurek says. "We have about 15,000 square feet here now, and over the past three years we have invested about $600,000 in capital expenditures locally."

The firm recently opened a second Nebraska office in Loup City and plans to open a third office in Lincoln. "We already have five people telecommuting there," says Eurek.

Xpanxion takes advantage of the $3,000 per worker that Nebraska offers to train new employees. "The level of commitment from the leadership of Nebraska is unparalleled in any other state I have lived in," Eurek notes. "In a rural area, that creates a level playing field."

Leading the effort to level that playing field is Nebraska Gov. Dave Heineman, whose most recent legislative proposals targeted the enhancement of talent and innovation.

"The keys for us are both education and jobs," the governor tells Site Selection. "We are focused on developing a more highly educated work force and increased education accountability in K-12 schools and higher education. The Nebraska Internship Bill redirects $1.5 million into a fund where a private employer matches it dollar for dollar to create another 500 to 750 internships statewide."

The state is also putting $25 million into the Innovation Campus at the University of Nebraska-Lincoln. "The goal of this program is to increase private-sector research," the governor says. "We are also focused on exports. I have already been on seven or eight trade missions, and we will be doing another trade mission this fall."

Heineman says the Nebraska Advantage Act, enacted six years ago, has succeeded. "At the end of the day, 256 businesses decided to invest $5.7 billion in our economy and add over 19,000 jobs in many sectors. It is a growing success. It continues to be one of the most successful incentive programs in the country." 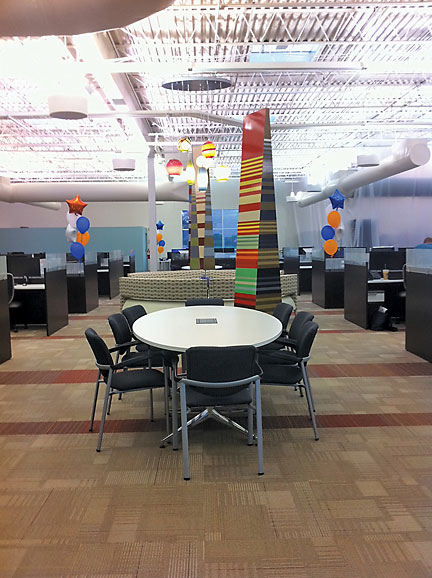 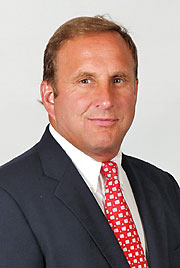