No Time To Wallow in the Mire 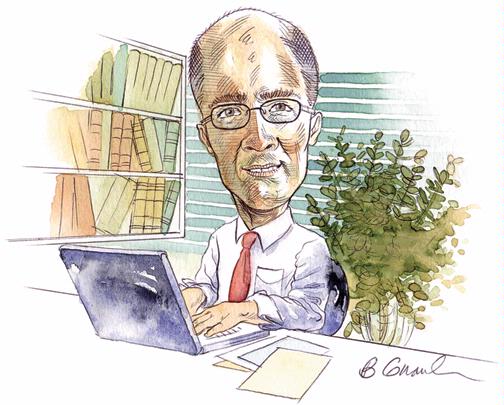 ith apologies to The Doors, welcome to what might be called the "Governors Issue" of Site Selection. Obviously, our annual Governor's Cup commands the spotlight, recognizing Texas Governor Rick Perry and his economic development team and the local and regional development professionals who made the case to more than 420 capital investors that a Texas location would best meet their long-term location requirements.

But our conversations with and reporting on several other governors also are featured in this issue — Rick Scott of Florida, Mitch Daniels of Indiana, Matt Mead of Wyoming and Susana Martinez of New Mexico. Virginia Gov. Bob McDonnell is quoted at an event covered in the Wind Energy Report, too. And Mary Fallin of Oklahoma and Chris Christie of New Jersey are cited in the cover story. These governors, and others found in our pages throughout the year, are very eager to reach you, the corporate real estate executives and other senior managers charged with investing millions of dollars of corporate money in facilities that could easily be sited elsewhere. You want a business climate in which your enterprises can flourish; the governors want the jobs and economic prosperity your investment will enable.

This mix of new and incumbent governors is charged by the taxpayers with a daunting challenge — to balance state budgets, in an anemic-at-best economy, and impose fiscal responsibility on the state level even if the current federal government is incapable of it. Many states have balanced-budget laws they are bound to uphold, and the voters last November elected people they entrusted with upholding that law, among others.

Gov. Scott Walker of Wisconsin is doing just that, even as the teachers entrusted to that state's children swarm the capitol in Madison to keep their union dues flowing to political campaigns (follow the money). Apparently, the teachers like feeling part of a "bigger cause" enough to deny their students the classroom time for which they are paid. To say nothing of the state legislators who fled the state rather than vote on bills, the job for which they are paid.

Not to get too far into the weeds of the merits — or demerits — of unions, but it's safe to say there is at least a correlation between the ubiquity of auto plants and their suppliers in the Southeast and those states' right-to-work status. It may or may not be a deal breaker. As one wise site selector once told me, if the plant's management is effective, unionization is not an issue. But that's on the private side. On the public side, well, watch the news tonight, as more governors take steps to rein in public-employee union demands that are bankrupting state budgets. Increasingly, we now have effective management on the public side, and, well, that's change businesses can believe in!

All of this matters here because, like moths to a light bulb on a summer night, businesses invest where there is sound state fiscal policy and regulatory predictability with a minimum of bureaucracies to navigate. Otherwise, they will soon be tapped for additional taxation to help states balance their budgets, and their operational plans will wallow in the mire. They want an environment in which their business owners can invest capital with some predictability. The governors quoted in our Governor's Cup issue make it abundantly clear that they know that and are taking the steps necessary to be competitive as states and as part of the whole that is the U.S. business climate.

We salute Gov. Perry, the high-ranking states in his pick-up basketball game illustrated so expertly on our cover by our production coordinator and graphic designer Bob Gravlee, and the communities ranking in our annual Top Metros and Micropolitans for corporate facility announcements in 2010. This issue is one we hope you will refer to often this year for insights into the states and communities lighting corporate site seekers' fire.