How entrepreneurs are turning one of Minnesota’s abundant natural
resources — solar energy — into a promising new industry sector. 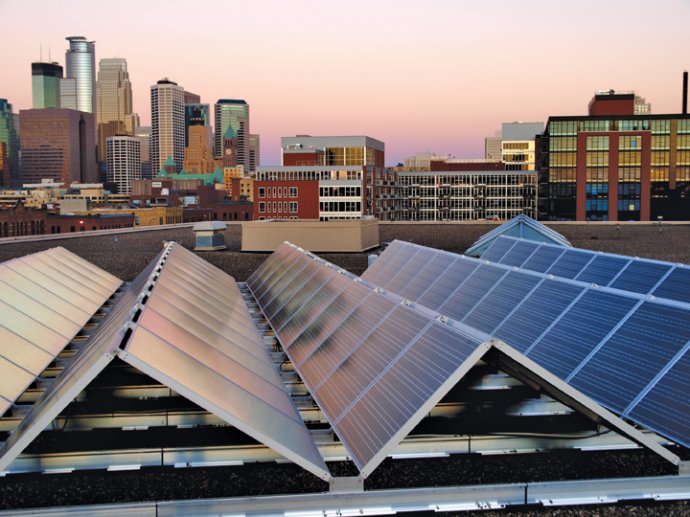 Above: tenKsolar produces rooftop PV systems like this one on the roof of the Minnesota Super Computer Building in Minneapolis.
Photo courtesy of tenKsolar
by JOHN W. McCURRY
M 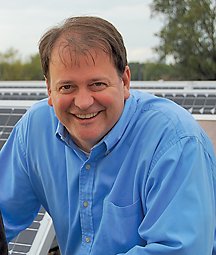 innesota might not be the first state to come to mind when thinking of solar energy, but a combination of educational infrastructure, a strong supply chain and incentives has the state well on its way to a significant solar cluster.

"We have a very robust solar manufacturing supply chain in Minnesota, enough to attract OEMs to the state, and other component manufacturers," says Lynn Hinkle, policy director for the Minnesota Solar Industries Association.

While much of Minnesota's solar sector is homegrown, it recently attracted investment by a Washington-based PV module manufacturer. Silicon Energy plans to produce solar panels by late spring or early summer at its new manufacturing facility in Mountain Iron. It will be the second plant for the company, which also produces solar panels in Marysville, Wash.

"Our product is unique, a glass-on-glass PV module designed for what I call 'northern climates' which will resist snow, hail and high winds," says John Carroll, head of finance and legislative affairs for Silicon Energy. "We had been looking for different states to expand our presence and we had long identified Minnesota because it has a decent solar insolation factor, which is better than some Southern states."

Insolation is a way of measuring the available solar energy resource for a given area. Maps from the U.S. Dept. of Energy's National Renewable Energy Laboratory depict the Iron Range's value between three and four kilowatt-hours per square meter per day for PV power.

"We couldn't figure why solar hadn't taken off," Carroll says, "so we began kicking the can in the legislature to see why solar rebates had been intermittent."

Carroll says Silicon worked with Mesabi Range legislators to help get the Minnesota Made Solar PV Rebate Program passed in 2010. The program gives purchasers of solar modules made in Minnesota a rebate of $5 per watt if combined with the Xcel Energy Solar Rewards Program. Coupled with the 30-percent federal tax rebate, homeowners can cover 80 to 90 percent of installation costs.

"As a result, we committed to building a new PV plant on the Mesabi Iron Range," Carroll says. "We were attracted to the Iron Range for several reasons. There is a pretty good technical work force that is relatively untapped and hungry for new business. The first time we went up there, we fell in love with it. We felt wanted up there. That part of the world has had its ups and downs related to the mining industry."

"For the past three or four years, we have been working on renewable and sustainable energy initiatives, and we thought it would be good to develop a park for those kinds of green industries," says Craig Winio, city administrator for Mountain Iron, a city of about 3,000 in the Mesabi Range, some 60 miles (97 km.) north of Duluth. "Through that effort, we got some state money and other grants to develop a 40-acre [16-hectare] park."

Winio says the regional economic development agency, Iron Range Resources, is talking to a variety of other renewable energy companies about locating in the park.

Silicon Energy is one of two companies whose products currently qualify for the Minnesota Made Rebate. The other is tenKsolar, whose CEO Joel Cannon has been involved in running high-tech companies in Minnesota for more than 20 years. You might say he was making smart grid products before smart grid became cool.

After selling the company he and his brother founded, Cannon Technologies, in 2006, he turned his attention toward solar R&D. The first few years of his new company were spent developing intellectual property and fleshing out the company's business model.

Cannon, who serves as CEO of the Minneapolis-based company, says tenKsolar is busy making the "world's most efficient" rooftop PV system. He says the state has a number of advantages to help young companies grow, including friendly policies toward energy efficiency.

"In Minnesota, we were able to find the seed capital we needed quite easily," Cannon says. "The state now has an angel investor tax credit, which is important to attract early-stage investment. We have access to the labs at the University of Minnesota, one of the leading research universities in the country, and access to their wind tunnel, which helped to validate the design of our system for rooftops."

The company has gone from zero employees two years ago to 52, with more plans for growth.

"We expect to break 100 this year and possibly get as high as 150, but we want to be careful to not grow too fast," Cannon says.

Cannon believes the primary attractiveness of Minnesota is the work force and supply chain, which includes some synergistic technologies.

"There are interesting connections between solar and other technologies," Cannon says. "Minnesota for years has been home to some of the biggest players in data storage and disk drives. Our founder [Dallas Meyer] ran engineering for Seagate Technologies. There is a lot of crossover between data storage and solar. Minnesota also has a fairly large established base in wafer fabs and material sputtering. We're in one of the more stable and deep high-tech corridors in the country. Secondarily, with some incentives around, it's a good place to have a high-tech business."

Another homegrown solar firm is Solar Skies, an Alexandria company that produces solar thermal collectors. Randy Hagen, CEO, was previously involved in designing cooling systems for aircraft using solar energy. That explains the name of his current company, which has been manufacturing for about five years.

"Minnesota has a 25-percent renewable energy portfolio standard by 2025, and that's largely being met by the wind industry. On the solar side, the state has recently enacted incentives, and the federal incentives are helping all solar companies. Now solar electricity can help fulfill the 2025 mandate."

Markets for solar thermal collectors usually have two things in common: high-energy costs and plenty of sunshine. That helped make Hawaii the top market in 2010, followed by Puerto Rico, California, Florida and Arizona. State incentives are also a driver.

"North Carolina is very good because of their incentives, and the Northeast is good because they are of the mindset to incentivize," Hagen says.

The market should also grow in Minnesota in coming years due to incentives and the fact that, despite its reputation as a cold-weather state, Minnesota actually gets a lot of solar radiation.

"Minnesota is on par with the panhandle of Florida and Houston as far as solar radiation," Hagen says. "I think we will grow into the industry in this state. Our plans are to stay in Minnesota, but to continue developing our distribution and dealerships across the U.S. and Canada."

Solar Skies' manufacturing process is not labor-intensive; the company currently employs just 12. The company is growing rapidly and moved into a 40,000-sq.-ft. (3,716-sq.-m.) building last summer.

Baxter-based Silent Power began in 2002 with R&D for fuel cells. Out of that work came some patents for inverters, a key component of solar energy.

"We saw a huge opportunity to integrate solar and wind power to the grid," says Todd Headlee, CEO. "We built a device that allows homeowners and utilities to store power for use when demand typically occurs."

Silent Power employs 18 people. Headlee projects that number will grow to 40 by early 2012 and will eventually level out between 50 and 60. He says California is his company's primary market due to the state's incentives.

"2011 will be a break-out year for us," Headlee says. "We have a number of pilot projects all over the country. We are doing a project with the City of Sacramento. In 2012, we will break out in commercialization. Energy storage is pretty new, and it's being driven by the automotive industry. The cost of technology is coming way down." 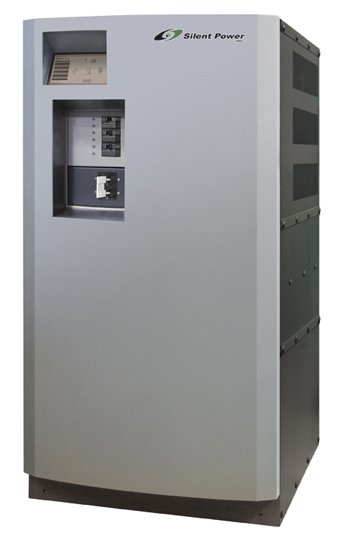