The Search for Savings

As the cost of corporate and regional headquarters operations
comes under heightened scrutiny, new locations emerge as
contenders for the home office. 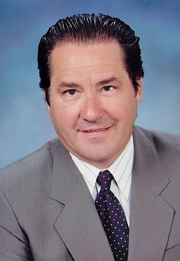 anufacturing and distribution plants aren't the only operations being placed under the microscope of cost containment these days.

The pressure to compete globally is forcing more companies to analyze cost differentials between administrative office locations and shop for the optimum headquarters site.

Whether it's the global corporate headquarters or a regional office, the administrative hub of a company "is as vulnerable for relocation and restructuring as any other company facility in today's cost-driven economy," says John Boyd, president of The Boyd Company Inc., an international location consulting firm based in Princeton, N.J.

Boyd's firm recently completed its annual BizCosts study comparing the cost of operating a typical corporate headquarters office in 55 cities in the U.S. In each case, the assumption was a 75,000-sq.-ft. (6,968-sq.-m.) corporate head office employing 300 people.

The analysis showed that New York was the most expensive city in the U.S. for operating a corporate headquarters, with total costs of US$28.4 million a year. San Francisco and San Jose, Calif., were the next most expensive locations, followed by Stamford, Conn., and Los Angeles.

On the other end of the scale, Orlando checked in as the least expensive headquarters city, with total operating costs of $19.9 million a year. The next least expensive locations were, in order, Oklahoma City, Jacksonville, Birmingham and San Antonio.

"In today's soft economy and global cost pressures, comparative economics are ruling the corporate site selection process," says Boyd. "For many companies, improving the bottom line on the cost side of the ledger is far easier than on the revenue side. As a result, location decisions at every level of the corporate organizational structure, from off-shored call centers and remote warehouses right up to the corporate head office suite, are all being made with cost minimization as an overriding objective."

Boyd predicts that the corporate headquarters arena will be "the next major frontier of corporate cost-cutting and strategic site selection planning" over the next several years.

Boyd tells Site Selection that "companies are competing globally and they are rebranding themselves as being fiscally prudent. Historically, head offices were off the table in terms of companies re-engineering themselves. Those are now under the microscope in terms of cost efficiencies. We are seeing trends away from Chicago and Minneapolis to smaller, alternative markets, and this applies to regional offices too."

Boyd says he is seeing "a decentralization of administrative functions away from their traditional corporate headquarters site to remote facilities in less costly but labor-rich markets. This might translate to a company based in Minneapolis looking at smaller market locations in the Upper Midwest for a back-office accounting function or a financial unit or a customer service operations."

For companies based in New York, Boyd notes, alternative locations for administrative offices are now being seriously considered. These include sites such as Princeton in Central New Jersey and a few locations in the Lehigh Valley of Pennsylvania — Allentown, Bethlehem and Easton. "Scranton-Wilkes Barre is also a good location for these firms," he adds.

Companies based in Los Angeles are now looking to decentralize and base operations in places like Glendale, Ariz.; Henderson, Nev.; and St. George, Utah, Boyd says. "These are smaller, more cost-efficient locations. And companies in the Bay Area of California are looking at Fresno, California; or Sparks, Nevada, for decentralizing operations."

Boyd's updated BizCosts study may come into play in Panasonic's search for a new North American headquarters. The Japanese electronics giant revealed in late January that it was considering moving its continental headquarters from Secaucus, N.J., to another site.

Atlanta; Chicago; Newark, N.J.; Brooklyn, N.Y.; and Southern California are all reportedly on the list of possible locations for the coveted project. About 800 people are employed at Panasonic's Secaucus headquarters.

Jay Biggins, executive managing director of Biggins Lacy Shapiro & Co. in Princeton, N.J., is representing Panasonic on this project. "I can say that a final location decision hasn't been made," Biggins told Site Selection in early February. "They are currently focused on a build-to-suit option in Newark, in part because a new construction scenario requires more lead time."

Jim Reilly, head of public affairs for Panasonic's North American operations, confirmed that "a number of options are being considered" for the headquarters location, but "at this point, no decision has been made."

Remaining in the firm's current location is one of the options, says Reilly. "When a decision is made on the subject, we will share that decision first to our employees and then to the public," he adds.

Boyd says that retaining Panasonic in the state is a critical early test for New Jersey Gov. Chris Christie. "This is Gov. Christie's baptism of fire," says Boyd. "This is a highly coveted project and it is very much in play. It is a world-class company. Japanese companies tend to cluster. That is one reason that Orange County, Calif., is in the mix."

Design is a crucial component of Panasonic's business, notes Boyd, adding that Southern California's abundance of highly skilled design talent makes the region an attractive destination for the firm.

Don't count out New York City either, the consultant advises. "I am sure that Mayor Michael Bloomberg is involved in this project," Boyd says. "It is a perfect battleground for the new governors — Andrew Cuomo of New York and Christie of New Jersey. This is a classic WWF tag-team match because they would both like to win this project."

One factor that may give New Jersey an edge is the state's plan to use an innovative incentives program that uses urban transit funding. "This is part of the state's strategy to redevelop Newark," says Boyd. "But they still have to come to grips with the ongoing costs of labor, electrical power and real estate rental rates."

Boyd notes that, in competitive site selection projects like Panasonic's, the cost structure of potential headquarters cities is of critical importance. "One of the things we found in our latest BizCosts study is that Florida communities have done very well," he says. "Jacksonville, Orlando, Palm Beach County and Tampa-St.Petersburg are all very competitive on operating costs. That is a direct result of the real estate bust, but it has created some very attractive deals for companies seeking headquarters space."

Boyd is also high on the Fort Lauderdale market as a headquarters city. "I know Broward County very well. You can fly out of three international airports there," he says. "It all gets back to timing, and right now property taxes are low in Florida."

One Broward-based executive who concurs with Boyd is Joshua Frank, general counsel and secretary for DHL Americas, which maintains its 110,000-sq.-ft. regional headquarters in Plantation in suburban Fort Lauderdale.

Broward ranks 20th in annual operating costs out of the 55 cities studied by Boyd, with yearly headquarters costs of $21.6 million.

"We have about 350 people here in Plantation, and we have done some expanding here over the years," says Frank. "We are very close to Interstate 595, and we will continue to have some organic growth. We have been here since 2003 and we like Broward County because it offers the best of both worlds. It is proximate to Miami and has all the advantages of a major city, but it is also more cost effective for us to be located in Broward. It has easier access for our employees and their commute. It has the small-town feel and all the big-city advantages."

Frank says that costs aren't the only reason that DHL chose to expand its headquarters presence in Broward by adding 150 workers in 2006. "We really like the area's work force," he says. "It is very diverse and very well educated. The desirability of living here is paramount. Broward affords us access to people who could choose to live anywhere, and it is very helpful to have people who speak Spanish and Portuguese."

For a global company like DHL, having access to other global firms is a must, adds Frank. "Most major businesses have a Latin American headquarters in the Greater Fort Lauderdale area. We can access those businesses. They are our customers and our potential customers. We find that our employees here in Broward have that regional Latin American experience and international business experience in general."

Commenting on submarkets within the county, Boyd says that "Miramar and Davie are good locations in Southeast Florida. They are attracting a good number of back-office jobs. Spirit Airlines in based in Miramar. Elizabeth Arden and Royal Caribbean are based in this market as well."

Other attractive regional headquarters destinations in the Southeast, notes Boyd, are a couple of emerging markets in North Carolina: Wilmington on the East Coast and Greensboro-Winston-Salem in the Piedmont Triad. 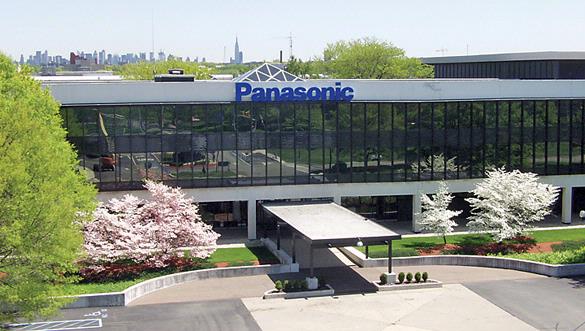 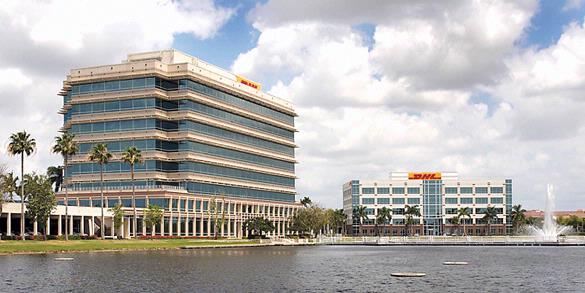 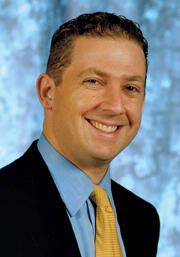