‘A Place Where
You Can Connect’

A new governor builds on the success of big
projects to lure more firms to Wyoming.

The National Center for Atmospheric Research is building its $70-million Wyoming Supercomputing Center in the North Range Business Park west of Cheyenne.
Photo courtesy of NCAR
by RON STARNER
W 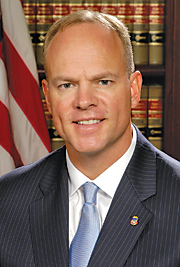 yoming Gov. Matt Mead has been in office only a few short weeks, and already his economic development program is on quite a roll.

In mid-February, he announced that Columbus, Ohio-based Worthington Energy Group had teamed up with Gestamp Renewables of Spain to establish a US$40-million, 160,000-sq.-ft. (14,864-sq.-m.) wind tower manufacturing plant in Cheyenne.

Gestamp, a subsidiary of Gonvarri Steel Industries, is creating a joint venture with Worthington to build its second U.S. assembly facility, joining an existing one in Alabama. The plant will be constructed on 30 acres (12 hectares) at the Cheyenne Logistics Hub at Swan Ranch.

The Holy Grail of economic development in Wyoming, however, is NCAR — the National Center for Atmospheric Research — which is establishing its $70-million, 153,000-sq.-ft. (14,214-sq.-m.) Wyoming Supercomputing Center on 24 acres (9.7 hectares) in the NorthRange BusinessPark, located west of Cheyenne.

"Opening in 2012, the NCAR-WSC will house one of the world's fastest supercomputers for scientific research, as well as a premier data archival facility that will preserve valuable scientific data including unique historical climate records," says the NCAR vision document.

For Mead, projects like the 150-job Gestamp Worthington Wind Steel plant and NCAR represent a lot more than jobs and capital investment. They represent the new building blocks of industrial recruitment for a state of 550,000 people.

"We are trying to diversify our economy," Gov. Mead tells Site Selection. "I have talked to very large manufacturing firms interested in relocating to Wyoming. We will meet with companies personally in the recruiting process. Wyoming is a state where our elected leaders are accessible, starting with our governor and our congressional delegation."

Mead makes it clear that he's not interested in business as usual. "Recruitment of new types of industries is critical to Wyoming. We are looking for innovation and entrepreneurial spirit," he says. "One challenge we face is that a lot of people just aren't familiar with how business-friendly Wyoming is. We can be very competitive."

Energy companies and NCAR form the foundation of the governor's economic strategy. "We have done some good work in attracting wind energy and other alternative energy companies to Wyoming," he says. "We are working on coal gasification. We have a coal-to-gasoline project going on right now."

The coal-to-gas project is a planned DKRW facility between Laramie and Rawlins. The engineering work on that plant began in December. Upon completion, the operation is expected to employ between 300 and 500 workers full-time. Total estimated capital investment of the project is between $2.5 billion and $3 billion.

NCAR Had Plenty of Options

Construction on NCAR began in 2010 and is slated for completion some time this year. The estimated research start date is early 2012. About 20 people will work full-time at the center.

Wyoming beat out competing locations at the University of Coloradoin Boulder and at ColoradoState University in Fort Collins to land the huge NCAR deal.

"We found out that NCAR was doing a site search. They normally would not have talked to us," says Randy Bruns, CEO of Cheyenne LEADS, the local economic development organization. "They had contacted area universities. Once we found out about it, we looked at our resources here in Cheyenne. It made sense to compete for that project, and we ultimately brought in the Wyoming Business Council, the University of Wyoming, the governor and the state legislature to help the university land the project."

The availability of shovel-ready sites at three different business parks helped seal the deal, notes Bruns. "We had property that was ready to go. Cheyenne also is well connected with data and fiber optics, and we have an abundance of electrical power."

Mead calls connectivity one of the keys to ensuring Wyoming's future prosperity. "Connectivity is very important. This is a place where you can connect," he says. "This is important for a rural state. Connectivity is a great equalizer. The possibilities are huge. You can send large amounts of data in a quick time frame, thanks to the large backbone of broadband connectivity that we have running through our state."

Interstate 80 running east and west, and Interstate 25 running north and south, form the industrial-strength backbone of the state's telecommunications infrastructure.

"Verizon is going to build mega-data centers, including two in the United States," says Ben Avery, business and industry division director for the Wyoming Business Council in Cheyenne. "They have an option in Upstate New York and one in Laramie, Wyoming. There are three other mega-data centers worldwide. They came to Wyoming and looked at a number of locations all across Interstate 80. They wanted to be near I-80 in the West and far enough north to reduce their cost of cooling. They wanted to be near I-80 to have access to the fiber there."

Also helping Wyoming attract large investors is the strong financial position of the state. "The state has no debt," says Avery. "We have put $12 billion into the mineral trust fund. We won't have to raise taxes to pay the state's debt. We have a very stable fiscal policy. Secondly, when we look at incentives such as our data centers incentives program, we are able to do things like abating our sales tax for a period of time. We are in a very solid financial position. This is a good, safe environment where businesses can expand without fear of being hit with a larger tax burden."

Mead plans to keep it that way. "We have a low tax rate with no state income tax," the governor says. "We have a very business-friendly environment. Unlike many other states, we have quite a bit of money in rainy-day accounts. The challenge for me is to make sure that people know about us."

The governor promises that he won't be shy. Among the first to hear his message, he says, will be businesses in California. "We will look at all those states that are struggling and those places where companies face a high tax burden," Mead says. "We will be on a plane recruiting from all 50 states and from other countries as well. We just landed a company from Spain in the wind energy sector, and we are working with several companies [from] Australia on coal gasification."

Avery echoes that aggressiveness. "As we speak, two of our regional directors are in Anaheim at a manufacturers' trade show," he says. "We have a number of appointments set up with Southern California companies to talk to them about relocating their businesses to Wyoming."

Mead says it's high time that people outside his state learn more about the benefits of Wyoming as a destination for business. "Our number one asset is our people," he says. "We have a great work force with a tremendous work ethic. But we also have a tremendous quality of life. We have connectivity. We have low taxes. We have business-friendliness. We think we present the entire package.

"All I ask company executives to do is this — as you make your decision, we ask you to compare Wyoming to any other state. Compare our taxes and regulatory structure and quality of life," the governor says. "We are welcoming in every way to companies that are interested in coming to Wyoming. Our small population is an advantage. We can get things done here. All we ask is that you just look at the whole package." 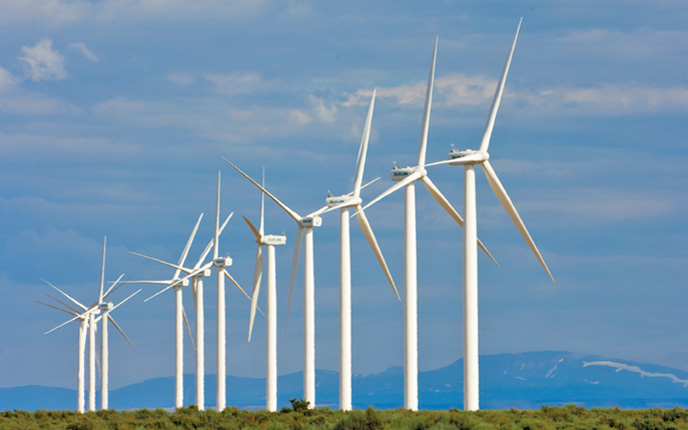