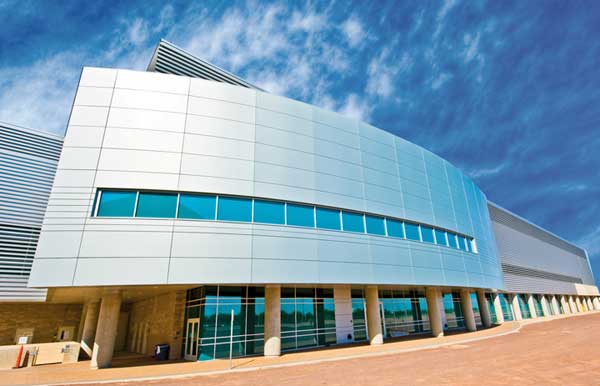 Intel is investing $5 billion in its Fab 42 microprocessor-manufacturing plant in Chandler, which will add thousands of construction and permanent jobs to the Greater Phoenix economy in the coming years.
Photo courtesy of Intel
by MARK AREND
S 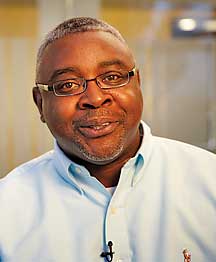 ix hundred new jobs in Mesa. Potentially 2,000 new jobs in Chandler. More than 150 new jobs in Phoenix. That’s nearly 3,000 new jobs announced so far this year in the Phoenix metro area alone — from just three projects on Arizona’s 2011 capital investment list. And that’s not counting those associated with Intel Corp.’s US$5-billion chip-manufacturing facility — Fab 42 — slated for Chandler that was announced in February. Intel predicts "thousands of construction and permanent manufacturing jobs" at the site it bills as "the most advanced, high-volume semiconductor manufacturing facility in the world." Even in the spring, it’s hot in Arizona.

First Solar, Inc. announced plans in March to build a $300-million manufacturing center in Mesa — a half-hour drive from corporate headquarters in Tempe — with a capacity to produce more than 250 MW of advanced thin-film photovoltaic (PV) modules per year. The plant will employ 600 and, in combination with First Solar’s recently expanded facility in Perrysburg, Ohio, will increase First Solar’s U.S. production capacity to more than 500 MW per year. (First Solar also broke ground in March on a four-line photovoltaic module manufacturing plant in the Dong Nam Industrial Park near Ho Chi Minh City, Vietnam, that will commence production in the second half of 2012 and employ around 600.)

The Mesa facility is located on a 135-acre (55-hectare) site that was previously home to a General Motors vehicle testing facility and is designed to accommodate future expansion. The facility will include a 3-MW rooftop solar installation as well as a ground-mounted PV testing facility. Construction will begin in the second quarter of 2011 and is expected to last a year, creating an average of 400 to 500 construction jobs.

"The international market for solar is diversifying, and the U.S. will be First Solar’s fastest-growing market in 2011," says Alan Bernheimer, First Solar’s director of communications. In addition to Ohio and Vietnam, the company also operates facilities in Oder, Germany, and Kulim, Malaysia. "Traditionally, Germany has been First Solar’s largest market, but growth there is slowing down, and the U.S. is really picking up." The company is currently under contract to provide 2.4 gigawatts — 2,400 MW — to U.S. utilities. "That’s a sizable demand, and one that we couldn’t satisfy in the Perrysburg plant alone."

Since announcing plans to build a new U.S. facility in fall 2010, says Bernheimer, First Solar evaluated sites in several states. "It happens that in the U.S., the solar market is largely in California and the sunny Southwest where the solar resource is so strong — literally twice the amount of sunshine that we get annually in Germany. Our headquarters is in Tempe, but other factors we look at include the cost of manufacturing, the market opportunity, access to qualified workers, our supply chain and the logistics involved in terms of where our materials are coming from, and we look at state and local incentives that may be available and at taxes.

"Outside the U.S.," he continues, "we also look at political stability and intellectual property protection. Looking at a number of states over a number of months, we determined that Arizona was our best option in terms of proximity to market and those other factors."

Bernheimer says First Solar will receive tax and other incentives linked to the number and quality of jobs the company creates over the long term. "Various state and local agencies worked together to make sure the infrastructure we would need in terms of logistics would support a manufacturing facility this size. They were very competitive."

In Chandler, online payment giant PayPal opened a customer service and operations center in February that will ultimately employ 2,000. Even that may not be enough, if the company’s current growth rate stays on track — it added 1 million new customers per month on average in 2010. Besides customer service representatives and operations specialists, the facility also will house management, training and technical personnel.

"We looked at a number of other sites within Arizona and in other states," says Tony Perkins, PayPal’s senior manager, credit operations. "We have a strong track record of hiring great talent in Arizona and believe that this was the best location to expand our operations business."

"We have a strong track record of hiring great talent in Arizona and believe that this was the best location to expand our operations business."

The Chandler decision is a result of the 188,000-sq.-ft. (17,470-sq.-m.) building’s availability, its location from an employee-commuting perspective, its proximity to company operations in Scottsdale and "the leasing options we were looking for," says Perkins.

Without divulging specifics, Perkins says state and local officials were central to PayPal’s Arizona expansion. "We have had a presence in Scottsdale since 2006. Arizona state officials, as well as the dedicated team in Chandler, have been very supportive of PayPal and our expansion. Many, such as Governor Brewer and [Chandler] Mayor Tibshraeny, attended our grand opening on February 23."

In March, Gov. Jan Brewer also attended an expansion announcement event at Goodrich Corp., in Phoenix, which plans to add at least 150 employees to its payroll.

Fluidic Energy had considered locating its manufacturing technology center in one of several Southwestern states, but chose to remain in the Greater Phoenix area, where is can take advantage of Arizona’s Renewable Energy Tax Incentive Program.

"Fluidic Energy represents the type of innovation in renewable energy that will ensure Arizona is a global industry leader," said Governor Jan Brewer at the October 28 announcement. "Since becoming governor, I have been consistently focused on ensuring we support the industries necessary for the 21st Century, those that are vital to the Arizona comeback. Fluidic Energy provides a real world example of how our state embraces business and supports the necessary research and development for commercialization of technologies that will strengthen and sustain Arizona’s economy." 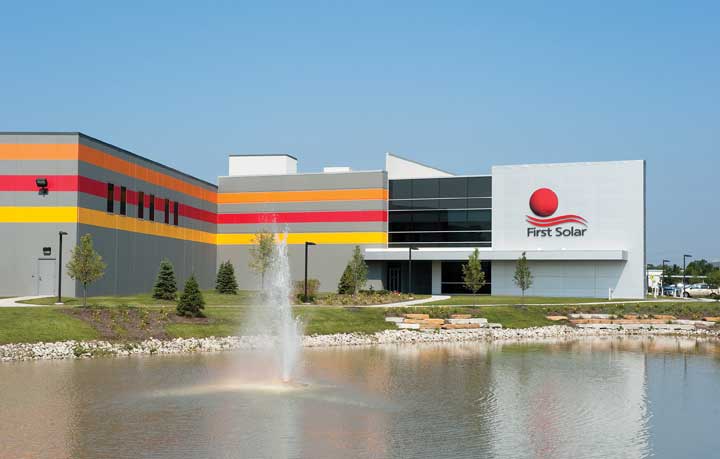