The Future’s Up in the Air

From airplanes that run on renewable power to sharkskin-like material that blocks airborne bacteria, new technology is giving Colorado a lift. 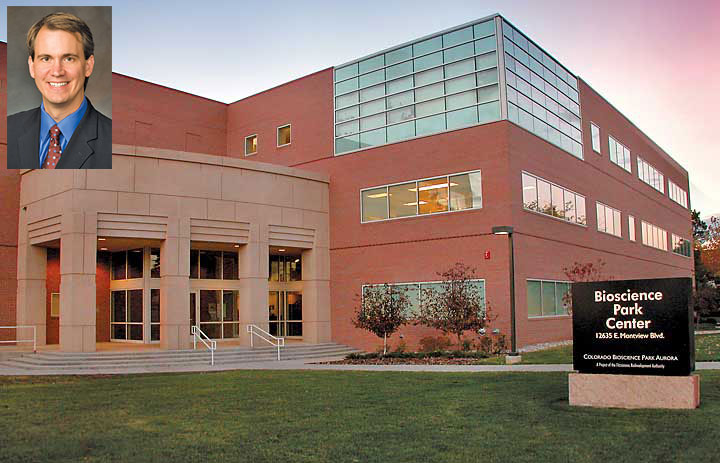 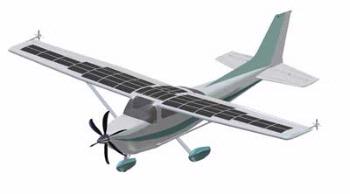 hat do an alternative energy aircraft company, biomimetic technology firm, detention security systems manufacturer and a windmill maker all have in common?

They are changing the future of high-tech business in Colorado.

From Bye Energy’s renewable energy-powered airplanes to Sharklet’s innovative surface technology, these firms are bringing space-age technology to more common applications in everyday life — and they are choosing to do it from a home base in Colorado.

For Sharklet Technologies Inc., a company whose surface technology controls bacteria growth by the shape of the surface, the considerable resources of the Fitzsimons Life Science District in Aurora, Colo., made the firm’s relocation from Alachua, Fla., an easy decision.

"We relocated the company to the Denver area in June," says Mark Spiecker, CEO of Sharklet. "The Bioscience Park Center here at Fitzsimons gives us access to $500,000 in lab equipment. That is capital we did not have to buy."

Sharklet develops surface technologies that are designed to inhibit or enhance micro-organism growth to improve human health. The product literally was inspired by the microbial-resistant properties of sharkskin.

"The technology was invented in early 2000 at the University of Florida," says Spiecker. "Dr. Anthony Brennan, our founder, was experimenting with engineered roughness to get bacteria to stick to it. He wanted to figure out a way to keep organisms from sticking. The U.S. Navy funded his research to find an antifouling solution for the bottom of their boats."

Brennan "got inspiration from the shark," notes Spiecker. The resulting technology forms the basis of Sharklet and could be used to protect people from exposure to infectious diseases worldwide.

"About 100,000 people die each year from infections acquired in U.S. hospitals," says Spiecker. "We spend $30 billion a year fighting this."

Moving the company from Florida to Colorado made sense for several reasons, explains Spiecker. "First and foremost were the resources at Fitzsimons. Our location in the Bioscience Park Center puts us directly across the street from the main hospitals, medical school and primary research centers," he says. "Strategic scientific decisions can be made here. Also, the proximity to the Denver airport is great. We are only 20 minutes away. Partners can fly into Denver in the morning, meet with us and then fly home that evening. That is very good for us."

Connecting to other scientific resources in the region is a plus too, Spiecker adds. "The Colorado Biosciences Association has more than 800 members. They connect entrepreneurs with key resources. They are also active in the political arena, and they help with funding."

Eventually, Sharklet — which occupies about 2,400 sq. ft. (223 sq. m.) of incubator space now — will establish a manufacturing operation in Colorado, Spiecker says. "We are partnering with other companies right now to make our products, but we are looking to grow the company in manufacturing and sales."

Spiecker is not alone. At the Centennial Airport in nearby Englewood, Colo., Bye Energy Inc. is advancing the aviation industry by taking advantage of renewable-powered flight.

An integrator of alternative energy technologies for business and general aviation aircraft, Bye recently extended its presence to Rocky Mountain Metro Airport in Jefferson County and expanded its headquarters facility at Centennial Airport.

Bye is conducting ground tests for its Green Flight Program at the Beyond The Edge hangar at Rocky Mountain Metro. Green Flight is intended to enhance the development of electric and electric-hybrid propulsion systems for commercial application. The first flight of an electric-powered Cessna 172 is expected to take place at Centennial Airport this spring.

Bye recently doubled its headquarters footprint at the TacAir Hangar 8 building at Centennial. The additional space was needed for engineering and development work on the Green Flight Program and other projects.

"After several challenging years, I believe we have reason to be cautiously optimistic," said George Bye, CEO of Bye Energy. "Innovation is the key to recovery, and alternative energy is our future."

In Brighton, Colo., airtight security is the name of the game. Russell Pilcher, CEO of Sierra Detention Systems, says his firm conducted a detailed site search within a 100-mile (161-km.) radius of its previous home in Jefferson County before selecting Brighton.

"Adams County and Brighton stood out as the friendliest of all the communities we looked at in Colorado," says Pilcher. "One of the prime considerations was the cost of building the facility in Brighton was much lower than in surrounding communities. Taxes were much lower too. We also liked the stable work force with a very strong work ethic. We found all of that in Brighton. There is a tremendous sense of community here."

Pilcher expects about 60 people will move into Sierra’s new 38,000-sq.-ft. (3,530-sq.-m.) headquarters at 1177 South Fourth Street in Brighton. The capital investment of just over $5 million sits on a 6-acre (2.4-hectare) site. "We are only taking up two acres, so we have plenty of room for future expansion," Pilcher says.

"We qualified for new jobs credits and a reduced property tax for a given amount of time," he adds. "There may be additional job credits from the federal government through a new federal jobs program. In addition, the city and the county endorsed our industrial revenue bond, which qualified us for a lower financing rate. It is one thing to be attracted to a community because it has what you need to do business. But it is another thing to be happy there because they delivered what they promised, and that is another reason we are so excited to be here."

Ray Gonzalez, president of the Brighton Economic Development Council, says his community is also welcoming $300 million in capital investments from Vestas Wind Systems. The company’s two manufacturing plants on 200 acres (81 hectares) will bring up to 2,000 jobs to the city, he notes.

"Our transportation assets were ideal for them to do business here," Gonzalez says of the wind turbine manufacturer from Denmark. "Our rails and highways are ideal for logistics purposes. Also, the cost of land is much cheaper here. So is the cost of housing and the cost of living. And we are only 15 minutes from the airport and only 20 minutes from downtown Denver." 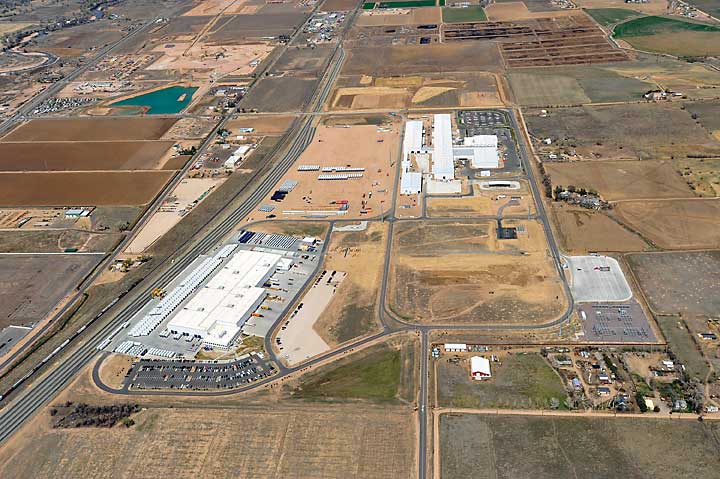