Powerhouse
In the Making 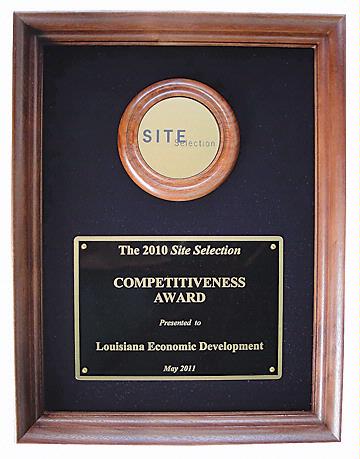 hen everyone on the team is focused like a laser on the only possible outcome, the team will deliver. Gov. Bobby Jindal made economic development his top campaign issue when running for Louisiana's chief executive officer position a few years ago, and that focus is paying off. Implementing that vision is Stephen Moret, secretary, Louisiana Economic Development, who brings a wealth of business management skills from his years at blue-chip consultancy McKinsey & Co. to his role as chief economic development officer for the Bayou State. Gov. Jindal, too, worked at the firm.

Moret and his team at LED delivered enough new projects and expansions in 2010, and improved Louisiana's business climate enough since assuming leadership in 2008, to claim, handily, Site Selection's 2010 Competitiveness Award with a 29-point margin over last year's winner, Virginia, which placed second. Texas, North Carolina and South Carolina round out the top five states. LED's effectiveness by Site Selection's standards (see the methodology below) are not an anomaly. Louisiana placed third in Site Selection's Governor's Cup (see the March 2011 issue) with 347 qualified capital investment projects — its best performance to date in that tally of projects meeting one or more of these criteria: capital investment of US$1 million or more, 50 or more new jobs and/or at least 20,000 sq. ft. (1,860 sq. m.) of new facility construction.

Companies are not likely to build that space or hire those people or invest that capital in an economy that is shrinking or, more specifically, where the work force has moved away. But that was the case in 2008, and that's just part of the story. 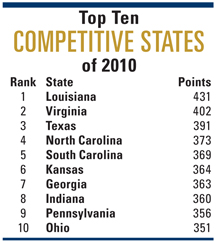 "Louisiana, over the last few decades, has tended to underperform the South and the U.S. as a whole," says Secretary Moret. "That underperformance has been so long and so consistent that the state actually experienced 25 consecutive years of more people moving out of Louisiana than moving in. That's particularly significant, because we're a state where, more than in almost any other, people who grow up here like to stay here. But in that 25-year period, it's not that people wanted to leave, but they felt they had to leave to find better job opportunities elsewhere. That statistic more than any other is the one we were most focused on turning around."

Moret says that in each of the three years since Gov. Jindal and his team have been in office, that trend has reversed. "We've had more people moving into Louisiana than moving out." In fact, he adds, "our population growth in each of the last three years is 40 percent more on average than the national average."

More than "economic development" in general, says Moret — every governor's economic development team wants that — "Our top priority really was the state's economic competitiveness. Businesses are very smart. They think about what types of locations are best going to help them grow and be profitable. It turns out Louisiana had done a number of things in pretty unconventional ways. So we went about changing those things."

The key to making Louisiana competitive, says Moret, was a combination of policy reforms — three to be exact — and five new programs designed to deliver a competitive edge.

Shortly after taking office in 2008, Gov. Jindal called a special legislative session to address governmental ethics reform, during which were adopted "the strongest governmental ethics laws in the country," according to Moret. Recent surveys of business executives had identified that as the chief barrier to their willingness to invest capital in Louisiana.

Business tax reform was the second front in the campaign to change the state's business climate. This meant shedding business taxes other states had already jettisoned.

"For example, we had a tax on investment. We used to charge a sales tax on manufacturing machinery and equipment," Moret illustrates. "In 2008, we adopted laws to eliminate several unconventional business taxes — the one on manufacturing machinery and equipment, the franchise tax on corporate debt and the sales tax on business utilities. We have also eliminated the capital gains tax on the sale of privately held businesses. Those four changes together have put Louisiana in the position of having a very competitive tax environment for business."

The third major policy reform was a comprehensive work-force development reform package, which included reforming what had been the Louisiana Department of Labor. It's now the Louisiana Workforce Commission, with a greater focus on meeting the needs of business and industry, says Moret, and "better aligning our community and technical college programs to meet the needs of business and industry, investing hundreds of millions of dollars in new community college and technical college facilities, and creating a new work-force training rapid response fund of $10 million per year — not for business incentives, but for providing the ability to respond rapidly to new work-force needs that could not be anticipated at the beginning of the fiscal year."

Louisiana's performance in business-climate rankings, including Site Selection's ninth-place finish for 2010, its first-ever top-10 performance (see the November 2010 issue), is proof positive. Among other accolades, Pollina Corporate Real Estate named Louisiana the most-improved state for business in its Top 10 Pro-Business States ranking over the past two years, jumping to 20th in 2010 from 27th in 2009, and 40th in 2008.

These reforms laid the groundwork for future capital investment, as Louisiana is now a contender on several fronts — they have clearly paid dividends already. But it can't stop there, Moret and his team realize. Put differently, the Bayou State can now attract big fish, but new lures will help close future deals.

"The single most important was the creation of Louisiana FastStart, which is our comprehensive, turnkey work force program," says Moret. "That program has literally done for work-force development in Louisiana what the New Orleans Saints have done for professional football. It's turned work-force development from a top concern of businesses that consider Louisiana into, typically, our number one selling point."

LED hired seven top managers from Georgia's Quick Start work-force development program to head up its effort, including Jeff Lynn, who had served as Quick Start's director of regional project operations. FastStart's team now numbers 25 with assistance from about 70 specialized contractors. Program services include customized employee-recruitment screening, training development and training delivery for new and expanding companies. Moret credits FastStart with closing some significant deals in Louisiana, including Gardner Denver's 2009 decision to consolidate its Thomas Products Division in Monroe, rather than at the operation's larger Sheboygan, Wis., location.

"Their CEO, Barry Pennypacker, was so pleased with the results that when he did his third-quarter earnings call with Wall Street analysts, he literally kicked off the call talking about their improvement in profitability being in no small part attributable to the support they got from the FastStart program in their move from Wisconsin to Louisiana," Moret relates.

The second program was the creation of LED's business expansion and retention group, formed in 2008. "This is the first time in the history of LED that the department has had a dedicated group of people whose sole focus is taking care of existing business and industry," says Moret. The team works with issues companies bring to the group, and they meet with "hundreds of existing economic-driver businesses every year," he explains.

The J.M. Smucker Co. subsidiary of Folgers expanded significantly in Louisiana as it downsized operations in other states, and high-tech satellite telecom Globalstar's relocation to Covington from Silicon Valley resulting in 1,300 new, direct and indirect jobs. These are two examples of companies expanding Louisiana operations based on support from LED's business retention group, says Moret.

The third key program was the creation of LED's state economic competitiveness group, which Moret describes as "a full-time team of four exceptional professionals functioning like a think tank with government that benchmarks every aspect of our state economic competitiveness against other states." The team has studied all major rankings of state business climates and economic performance and has determined why Louisiana ranks where it does. It then develops and prioritizes plans for improving the state's position in those measures, including Site Selection's.

Powerhouse of the South?

"We have the strongest digital media and software development tax credit in the U.S.," says Moret. "It was created several years ago, but it was dramatically improved in 2010 to include a much broader range of software development operations, and it became permanent. That program was one of the key incentives used by Globalstar, which helped us secure that relocation from Silicon Valley."

The retention and modernization tax credit is one of only a few of its kind in the U.S., according to Moret. It addresses the downward trend in manufacturing employment by making incentives available to companies that may not be planning on employment growth per se but can maintain operations and continue to be profitable with the right capital investments.

"It provides a 5-percent refundable tax credit to encourage mature manufacturing operations to modernize their facility in Louisiana rather than have it be on the wrong end of a consolidation," Moret explains.

"Our overriding goal is to reposition Louisiana as the economic powerhouse of the South, specifically to enable the state to grow jobs at a faster rate than the South and the U.S. on a sustained basis," says Moret. "We have accomplished that now for three years in a row, and our goal is to continue that growth in the future."

Index Methodology
F
ollowing are the criteria used to arrive at final scores determining the competitiveness ranking of the states. The first six criteria are based on project data resident in Conway Data's New Plant Database. Total points awarded are higher this year than in past years due to a necessary modification of the indexing process. 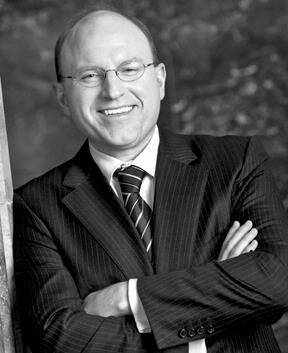 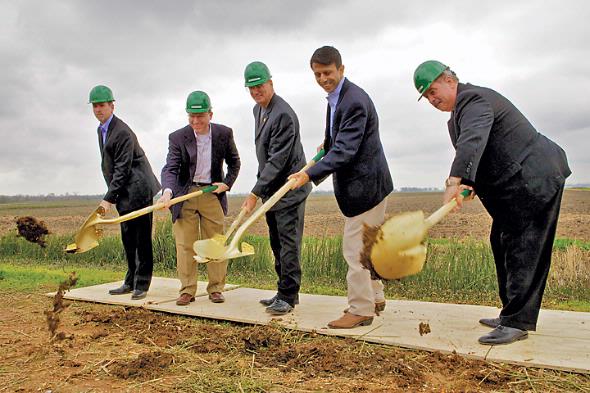