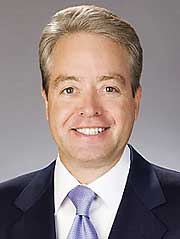 am often asked why, in spite of highly negative press reports concerning ongoing narco-violence, do multi-national corporations continue to offshore their manufacturing work to Mexico? Ironically, the answer has more to do with risk mitigation than you may think.

Industry-leading multinationals, best-of-brand corporations I’ll call Top Performers, are continually reviewing their total costs of goods for both global competitiveness and the reduction of risk to their supply chain. Top Performers recognize we live in a volatile world. Ask anyone who’s responsible for the movement of goods from source to destination: The risks have never been higher. Rising fuel prices, natural disasters, sovereign debt, political instability and competition for commodities all represent weekly threats to a company’s planned supply chain. A failure to plan in dynamic redundancies into the flow of goods can have damaging effects to both companies and careers. To counter these risks, Top Performers are now building in multiple layers of contingencies, by signing contracts with multiple service providers, enabling them to shift the flow of goods to customers across multiple routes and their manufacturing across multiple locations.

The highly publicized wage increases in China have given Top Performers more reason to re-think their outsourcing options. Costs of doing business in China have risen steadily over the past five years, most notably in the urban areas. Add to these increases the rising cost of oil and the congestion at West Coast ports and it’s easy to see why Mexico represents a suitable alternative to Asian imports. Foxconn’s turnover in Guangdong Province soared to 14 percent during 2010. In response, Foxconn raised worker salaries and invested heavily in improving conditions, passing many of these costs through to their OEM clients. As a hedge against such instability, Foxconn opened a massive manufacturing operation in northern Mexico, just across its border with New Mexico. Wage inflation and oil prices will clearly continue to threaten China’s competitive position as a low-cost manufacturing destination. To be clear, wage and transport price increases are not causing panic and a mass exodus from China, but they are significant enough to give many Top Performers reason to open up alternative near-sourcing in Mexico.

Occurring coincidentally with China’s wage inflation, Mexico’s maquiladora manufacturing base has been hobbled by the global recession. Top Performers, already running lean manufacturing operations, cut way back on inventories and reduced their manpower, without also reducing their plant space or production capacities. Wages have remained stagnant in Mexico and their currency has actually weakened against the U.S. dollar during this period. The result has been transformative as production costs between China and Mexico become more closely comparative. Clients are no longer asking me to help them choose between China and Mexico. Top Performers are now deciding to stake a position in both locations and create a flexible sourcing base that can provide "dynamic redundancies."

Here’s the irony: despite a high risk perception, fueled by the onslaught of violent press imagery, Mexico offers Top Performers less risk to their supply chains at a globally competitive cost.

As an advocate and observer of manufacturing in Mexico for the past 20 years, I can say with confidence that the conditions have never been better for our southern neighbor. Yet, much like rounding a high-speed curve along a Baja highway, a crossing herd of goats give reason for rapid deceleration.

Mexico must resolve its narco-crime contagion or the negative media reports will continue and Top Performers will look further south to Costa Rica and other less turbulent countries. Plant executives will tell you that the security concerns are overblown, but it’s not truthful to downplay the significant fear factor visitors and residents must contend with on a daily basis. Many in Mexico have called for international assistance in reducing crime, and they are correct. I often think the Borderzone would be better off being a run as an economic protectorate, a sovereign state jointly managed by both the U.S. and Mexico, on a similar model to the early days of the Panama Canal zone.

Mexico could take its own steps in this direction by establishing a national identity card system, using biometric features to help isolate its criminal elements. Mexico could also establish a more robust inspection and anti-smuggling infrastructure on its side of the border, a measure that would be both symbolic and effective. The country also desperately needs a more transparent judicial system that can address economic crimes by embracing modern technology and trial by a jury of peers. Finally, Mexico should embrace a system of security zones, similar to the methods used by major cities that host the Olympic Games. Safe corridors are established and access is limited only to those vehicles and persons who have completed a rigorous security inspection and been cleared.

Mexico’s proximate distance to the U.S. consumer market will continue to be the country’s greatest selling point. There’s simply no comparison between Mexico and China for Top Performers that consider ease of access and shortened supply chains for the production. As global corporations assess the risks of a volatile world, more will choose to near-shore their manufacturing base in a cost-competitive Mexico, despite the narco-violence. If Mexico could diminish this violence and embrace modern techniques for the secure movement of people and goods, the world would respond with unprecedented levels of direct foreign investment.

Mike White founded TeamNafta.com, a site selection consultancy specializing in manufacturing in Mexico. He is a 20-year veteran of the commercial real estate industry and a leading authority on doing business in Mexico. He can be reached at: mike.white@teamnafta.com.

here are many ideas that continue as ideas, and never quite take form. That was not the case with Amistad Industrial Developers, when its founder, Jesus Maria Ramon, made his successful idea operational in 1978 in Cd. Acuna, Coahuila. Presently, with more than 30 years of experience, this idea has now grown to be one of the top development companies in Mexico.

Amistad Industrial Developers focuses on the individual needs of companies requiring strategically located real estate, construction or start-up needs in Mexico. When our clients require sites for warehouse distribution, corporate locations, manufacturing or production sites, Amistad has the depth, expertise and knowledge to quickly respond to our client’s specifications ensuring that their project is completed successfully. As one of Mexico’s top developers, Amistad works with each client to ensure its manufacturing success in Mexico.

With over 18 million square feet of industrial space built today, this number continues to grow since Amistad owns strategic locations throughout the country. Our standards for environmental responsibility are greatly considered, owning industrial parks and sites in the states of Coahuila, Nuevo Leon, Chihuahua, Sonora, Queretaro and Guanajuato with additional on-going developments elsewhere in the country. Amistad has grown to enjoy a presence throughout much of Mexico, and we are poised for further expansion, nationally and internationally. This allows Amistad to provide for a client family which includes over 100 world class companies. These companies have generated a total of 260,000 jobs which serve both directly and indirectly numerous types of industries. 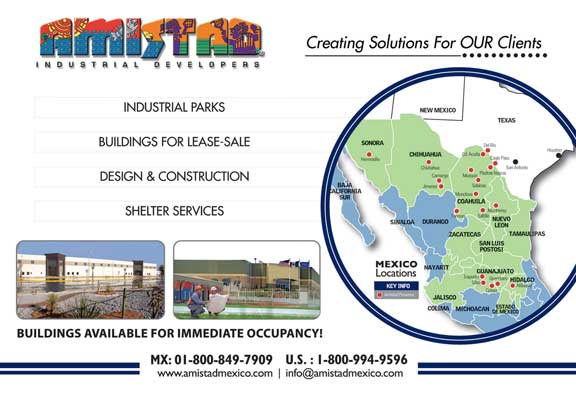 he El Paso International Airport (EPIA) is in pursuit of strong visionaries with the demonstrated financial and management experience to develop a series of industrial and/or commercial sites in an expanding market place. The first completed phase of the development includes the award-winning, Butterfield Trail Golf Club (BTGC) which further adds value to the area.

EPIA is looking for an entity to implement initial master plans, develop and lease to a strong customer base including defense contractors and U.S./Mexico twin plant operations. This exclusive area is ideally situated adjacent to Fort Bliss, the fastest-growing U.S. Army installation, the border’s largest Air Cargo Center, and the Tom Fazio-designed BTGC.

A 13-acre site has been reserved for a full-service business hotel with superb views of the golf course. This unique opportunity is offered to any entity with strong management experience, and the capacity to build and manage a full-service hotel.

The shovel-ready Global Reach Science and Technology Park, a 150-acre site, is now available for development for industrial, commercial, and retail purposes. Fully served with all utilities, and infrastructure, this property is situated on Foreign Trade Zone No. 68 designated land, and adjacent to EPIA’s Air Cargo Complex. 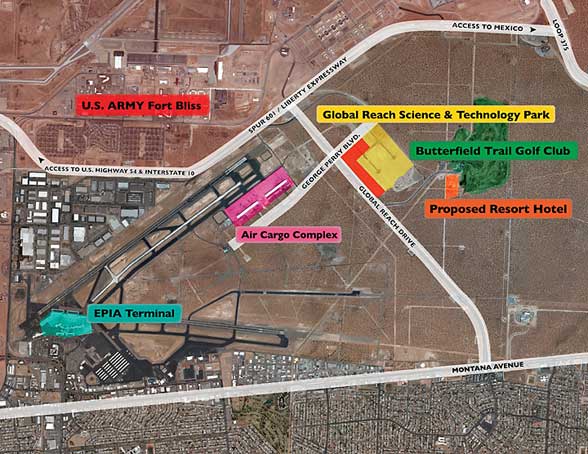