Adverse weather is no match for a diverse economy loaded with talent. 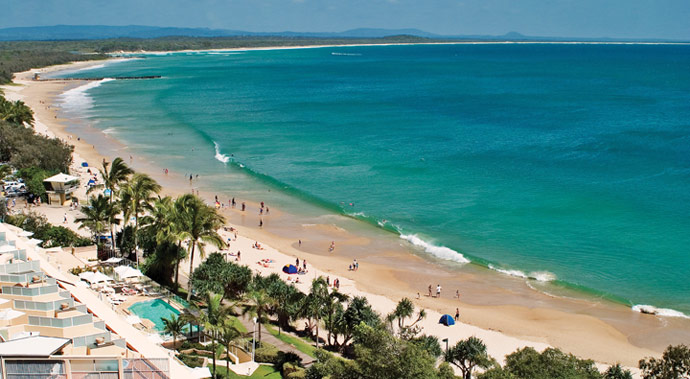 Located adjacent to the Great Barrier Reef, Queensland presents few barriers when it comes to nurturing a rich and diverse business ecosystem.
Photo by Patrick Oberem
by ADAM JONES-KELLEY
W 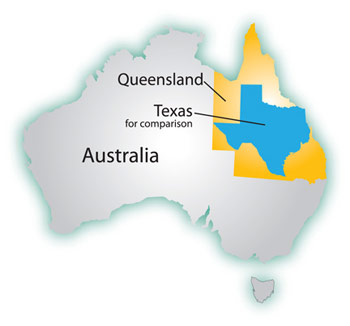 ith a seemingly endless string of disasters plaguing the world in the last year, most notably the massive earthquake and resulting tsunami in Japan, images of the devastating floods that swept across much of Queensland, Australia, have faded from memory for most not directly affected.

Queensland, Australia's second largest state and the one to which most tourists flock to see the Great Barrier Reef, has had a rough go of it lately. In Australia, the population stoically accepts that they live, in the words of nationally celebrated poet Dorothea Mackellar, "in a land of droughts and flooding rains." The full meaning of this is just beginning to take hold in Queensland after the state suffered the worst drought and series of natural disasters in the nation's history.

Queensland saw weeks of flooding across the state's 668,207 square miles (1,730,648 sq. km.) in early 2011. The volume of floodwaters that approached the capital of Brisbane exceeded any seen in over 100 years.

This was followed by a Category 5 cyclone in February. The northern regions of the state continued to be pounded by torrential rains, the heaviest in recorded history, well into March. The damage was greater than that inflicted on New Orleans by Hurricane Katrina, cutting off many roads to key cities. Yet despite the adversity, Queensland is recovering with remarkable speed, and is already back in business.

I toured the region in March, and was stunned at the rapid pace of recovery.

Queensland Treasurer and Minister for State Development and Trade Andrew Fraser said that while communities were hit hard by the floods and Tropical Cyclone Yasi, many key industries and regions were unaffected or had now fully recovered.

"Great stretches of Queensland including key tourism areas of the famous Gold and Sunshine Coasts were not affected and the Port of Brisbane and all our major airports and highways are open.

"The NAB Business survey results released in March showed that despite very tough trading conditions, business confidence rebounded in February in Queensland up 14 points to +24 index points, the highest level on record."

Mr. Fraser told Site Selection that next financial year growth was expected to return to around the long-term average, of above 4 per cent, underpinned by the reconstruction effort and a new multi-billion dollar LNG industry.

Some fast facts about Queensland:

A.T. Kearney's "2010 FDI Confidence Index" ranked Australia 7th in the world, ahead of Canada, the United Kingdom and Hong Kong. In 2010 Dun and Bradstreet ranked Australia as one of the four safest and most secure destinations for foreign investment (alongside Switzerland, Canada and Norway) and The International Institute for Management Development's 2010 World Competitive Yearbook ranked Australia's economy as the most resilient in the world.

Queensland has led the way for two decades, with the highest growth in gross state product, lowest business costs and highest government spending on infrastructure. Queensland is also the largest seaborne exporter of coal in the world, accounting for nearly 20 percent of global trade. With a coastline of 4,332 miles (6,973 km.), Queensland's many ports account for more than half of all shipping in Australia (2,339 of the 4,199 vessels which berthed in Australia in 2010 did so in Queensland.)

The state has also developed large-scale chemical and metal processing facilities — including two aluminum smelters and a nickel refinery — which export globally. Serving these industries is a mining services sector employing more than 115,000 people, which, combined with the energy sector, is worth A$45 billion annually to the Queensland economy.

Resource companies have recently begun work on around A$70 billion in coal-seam gas (CSG) and LNG projects in Queensland. Additionally, new regions of mineral reserves are now being opened, including the Galilee Basin, which is estimated to hold approximately 100 billion metric tons of thermal coal. This is the biggest deposit in the world, larger than the Powder River Basin in the United States.

The opening up of significant CSG reserves is expected to create 18,000 jobs over the next four years. The anticipated total investment in gas extraction, pipeline and processing plants for this sector is estimated to be around A$40 billion over the next decade.

"Brisbane is a great city for business and has become a global hub for mining and energy companies," said Nolan. "Brisbane also offers a lifestyle which has made it easy to attract and keep skilled professionals. The city is well serviced with infrastructure, and the international airport meets all our needs."

Treasurer and Minister for State Development Andrew Fraser believes the attraction of global companies like Talisman is proof that Queensland is the place to be doing business in the Asia-Pacific region.

"This new investment simply reinforces that Queensland is open for business — we're a state that's pro-business, with low business taxes, a highly-skilled work force, investment in infrastructure and of course a lifestyle second to none."

Talisman is not alone in its selection of Queensland as an ideal location for a regional HQ. You might recognize some of the other companies which have made the same choice, including Boeing, Bechtel, Oracle, IBM, Raytheon, Mylan Pharmaceuticals, Enerflex and Anglo American.

This rapid growth is fuelling massive investment in rail, port and processing infrastructure to support minerals and energy exports. Over the next four years alone, more than A$12 billion of new transport infrastructure is proposed in regional Queensland just to support industrial expansion.

Combined, these factors will propel Queensland to new heights, making it a priority Asian destination for talent, and for companies from around the world looking to put such talent to work.

This investment profile was prepared under the auspices of Trade and Investment Queensland. For more information, contact Mark Paddenburg, at +61 7 322 44642 or by e-mail at mark.paddenburg@deedi.qld.gov.au.

The table above gives a snapshot of the value and jobs associated with just the energy- and mining-related projects currently undergoing environmental impact (EIS) assessment and state government approval processes. (NOTE: Two coal extraction projects are as yet un-costed and thus the potential capital expenditure associated with these projects is not reflected in the AU$112B figure above.)