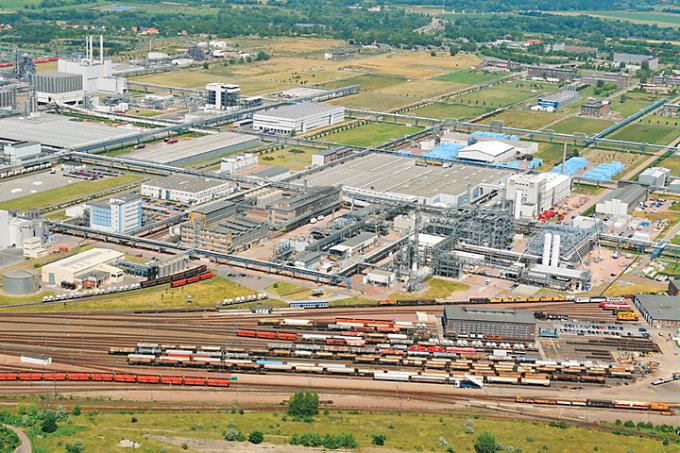 The search for the most productive work force leads many chemical and plastics manufacturers to Saxony-Anhalt, Germany.

o understand how rapidly the chemical and plastics manufacturing sectors are changing in Germany, all you have to do is talk to Ralf Irmert.

Increasing efficiency is the driving site selection factor for companies that make chemicals and plastics, says Irmert, and right now he notes that those firms cannot find a more efficient work force than the one in Saxony-Anhalt.

Styron recently invested about €100 million to expand its manufacturing capacity in Schkopau, adding a fourth production line and 30 jobs to its existing 400-worker plant in Central Germany. Annual production capacity will increase by 50,000 tons to 350,000 tons.

"Schkopau is the home of the world's first major technical production of styrene butadiene rubbers. Over 70 years experience of manufacturing, research and sales of synthetic rubber are combined here," says Irmert. "These rubbers guarantee high-running performance in high-performance tires, improved hold in wet conditions, less rolling resistance and less weight and emissions. This benefits the environment and ultimately pays off at the petrol station."

"People know that the chemical and plastics industry in Germany is excellent," he says. "The German chemical industry is among the most efficient worldwide. Dow is a benchmark leader in efficiency in this sector, and the commitment of the people in this part of Germany to the industry is superb. We have strong support from the government. The government knows that if they support the chemical industry, a lot of other workplaces will be created. This is high-value intellectual work."

That work is growing in Central Germany. From 1998 to 2009, the number of people employed in plastic processing in the region increased from 25,000 to 65,000. Many large chemical companies are based in the region, including Dow, BASF, Domo, Caproleuna, Linde, Wacker, Lanxess, Bayer, Solvay and others.

Twenty years ago, there were about 192 chemical and plastics makers in the region. Today, there are about 300 such firms. Known as the Central German Chemical Triangle, the industry cluster counts Saxony-Anhalt as its base.

Site selectors say several location advantages set Saxony-Anhalt apart from its competition: a highly qualified and flexible work force, an abundance of well-connected industrial sites, the higher efficiency embedded in the state's many chemical parks, and access to raw materials.

"The core competence of the work force here is its ability to design, develop and build high-value-added products," Irmert says. "The exceptional German educational system makes this possible. Our apprenticeship program educates engineers coming from our schools in a three-year program. We hire them, educate them and receive support from the local authorities in the process. The German systems of chemical engineering and mechanical engineering have a long history."

Work-force stability is another compelling location factor, he notes. "Our labor force here is unionized, but we have not had a single strike in the chemical industry in the last 60 years," he says. "The chemical industry in Germany pays well, and the workers are happy, but at the same time we are extremely competitive overall on business costs."

Styron's new investment will enable the company to be even more competitive globally. "We will do the groundbreaking in the next four to six weeks, and our construction will be completed by the fourth quarter of 2012," Irmert says. "We received significant subsidies from the state for doing this expansion project. The government here appreciates that our industry is predictable and reliable."

Supporting the industry is the new Fraunhofer Center for Chemical-Biotechnological Processes (CBP) in Leuna. Dr. Katja Patzsch is the director of the center.

"This new center will close the gap between the lab and industrial implementation," says Patzsch. "By making infrastructure and plant available, the center will make it possible for cooperation partners from research and industry to develop and scale up biotechnological and chemical processes, allowing them to utilize renewable resources on an industrial scale."

The center is being built at the Leuna chemical park site in Saxony-Anhalt, in close cooperation with InfraLeuna GmbH, the owner and operator of the infrastructure facilities at the site.

Ground was broken for the new center on Dec. 8, with completion and commissioning set for mid-2012. One goal of the project is the future spinoff of private companies, along with the expansion of existing companies at the Leuna chemical site.

Patzsch says the small to medium-sized companies will especially benefit from the work done at the center. "These companies frequently do not have the independent resources to realize the transfer of these new technologies from the laboratory to industrially relevant orders of magnitude," she notes. "The center's pilot scale and mini-plant facilities will make it possible for academic and industrial cooperation partners to develop and scale up biotechnological and chemical processes for utilizing renewable resources right up to industrial scale."

Patzsch adds that the "flexible bio-refinery" on site will allow the processing of raw materials such as vegetable oils, cellulose, lignocellulose, starch and sugar, as well as their conversion into chemical products.

"The Fraunhofer CBP constitutes an important step in Leuna's transformation into an integrated biotechnological and petrochemical location that will play a pioneering role in the industrial use of renewable raw materials," she says.

Also changing the landscape of the region's chemical industry is the redevelopment of 100,000 square meters of space at the ChemiePark Bitterfeld-Wolfen.

"When the demolition work finishes in a few weeks, the largest continuous free space for new industry will be up for sale at the ChemiePark Bitterfeld-Wolfen," says Werner Rienacker, managing director of IPG Stadtentwicklungsgesellschaft mbH. "This guarantees optimum conditions for the continued growth of the site. The investors can come."

"The companies appreciate the upstream and downstream chemical products and the close proximity to partners in the industry," says Rienacker. "They also appreciate the common use of infrastructure, the railway lines, the plant's fire brigade and the on-site security services."

The redevelopment of the site is part of the master plan of the 1,200-hectare ChemiePark Bitterfeld-Wolfen. Since 2001, the park has undergone €230 million in modernization.

This editorial profile was published under the auspices of the Investment and Marketing Corporation of Saxony-Anhalt. See the ad below for more information on investment opportunities in Saxony-Anhalt. 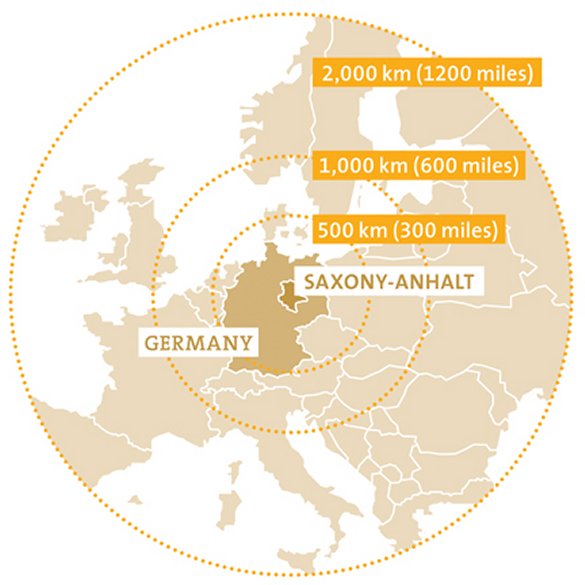