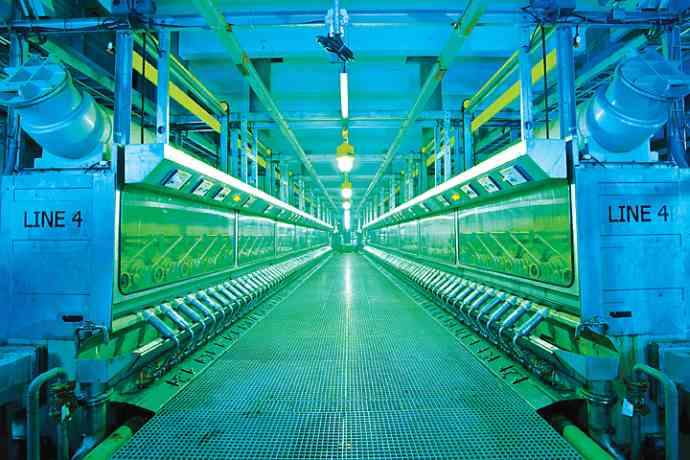 German textile giant Lenzing has added a fourth production line at its Indonesian subsidiary with a $150-million investment.
Photo courtesy of Lenzing
by ADAM BRUNS
A 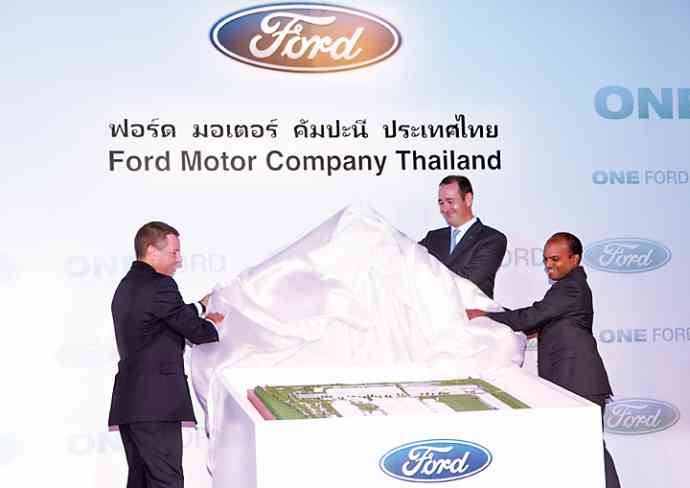 January foreign direct investment update from the United Nations Conference on Trade and Development found that, after a decline in 2009, FDI inflows to Southeast Asia were booming again in 2010, with Singapore outgaining both Hong Kong and China, followed by Indonesia, Malaysia and Vietnam. Signs are that the pace is continuing in 2011, despite reports of upward wage pressure, inflation and low unemployment that have some employers scrambling to import workers from India and elsewhere.

Singapore's leadership in the life sciences continues apace. But the city-state also continues to welcome other high-tech projects, ranging from semiconductor facilities from REC and Applied Materials to a new hard drive R&D center from Western Digital (WD) that will be located at Singapore Science Park and work closely with the A*Star (Agency for Science, Technology and Research) Data Storage Institute (DSI).

"Singapore has built a wealth of engineering talent, now available to WD," said Tim Leyden, WD chief operating officer, at the company's February 2011 announcement. "This is a product of a supportive government, R&D resources from DSI and universities, and a long history of hard drive industry manufacturing and engineering operations in the country. The resulting environment has produced an advanced technology research and human resource culture that makes Singapore an ideal location for WD investments."

The project will see 65 research engineers hired over the next three years. WD will invest approximately US$390 million in Singapore over the next five years.

Singapore also is welcoming its share of heavy industry projects, such as the new steel drum plant from Germany's Mauser Group, which was announced in November and broke ground in April. The new site in Tuas, replacing another Mauser facility in Singapore, will triple Mauser's drum production in the area as it responds to growth across the Asia Pacific, especially from the petrochemical and specialty chemical industries.

Major heavy industry projects are blanketing the entire region, as the location sets up well for serving multiple markets, including China, the rest of Southeast Asia and beyond.

The MM2100 Industrial Town in Bekasi, West Java, Indonesia, is seeing an $88.7-million expansion from PT Astra Honda Motor, Honda's joint venture company in Indonesia responsible for motorcycle production and sales, that will boost the company's payroll in the industrial complex by another 1,000 to 17,000. The company wants to do more in the region, including an expansion in Vietnam, in order to increase its motorbike production capacity in Asia to 18 million units by the end of 2011.

In October 2010, Korean steel giant POSCO held a groundbreaking ceremony in Cilegon, 62 miles (100 km.) west of Jakarta, for its first overseas integrated steel mill, in partnership with Indonesia's national steel company Krakatau Steel. Positioned strategically between Krakatau's own steelmaking operation and a major industrial port, the new $6-billion complex, chosen as a Site Selection Top Deal of 2010, will be constructed over 988 acres (400 hectares), and will produce 3 million tons a year through 2013, after which it is expected to double capacity to 6 million tons. POSCO owns 70 percent of the joint venture.

"Unlike greenfield investment where the investing company builds all infrastructure and manufacturing facilities from the beginning, this integrated steel mill project, a first in Southeast Asia, is brownfield investment," said POSCO in a release, "where existing infrastructure of the partner company such as roads, railroads, ports, power, industrial water supply is maximally utilized, reducing initial investment costs, and quickly bringing the project to regular operation by utilizing the construction and operation experience of the partner company."

The completed mill will also utilize Indonesia's large reserves of iron ores and coal, as it makes products to serve growing demand across Southeast Asia and India. The companies, both with multiple divisions serving a variety of industries, expect to further collaborate in such areas as energy, IT and infrastructure.

Materials projects in Indonesia also include textiles, as German firm Lenzing's South Pacific Viscose subsidiary has invested $150 million in a fourth production line to make viscose fibers for textile applications and for the nonwovens industry. Production is intended for the domestic Indonesian market, as well as for export. The investment is Lenzing Group's largest in recent years, and adds to the $500 million that it has invested in the Indonesian subsidiary up to this time.

Steel will be rolling out of Vietnam soon too, thanks to Formosa Plastics Group's plan to invest $8 billion in a new steel mill and port complex in Ho Tinh province. The project received its investment certificate several years ago. When complete in 2014, the plant will produce 7.5 million tons a year, making it the largest in the Association of Southeast Asian Nations (ASEAN) region, aiming for the target market of Taiwan, China and the rest of Southeast Asia. Like Indonesia, Ho Tinh is home to strong reserves of iron ore.

A separate $5-billion integrated steel project from Tata Steel may soon join the fray, once certain issues are resolved between the provincial authority in Ha Tinh and the company. The project, slated for the Vung Ang Economic Zone, is scheduled to be constructed on a 1,792-acre (725-hectare) site not far from the Formosa complex.

According to the Foreign Investment Agency of Vietnam's Ministry of Planning and Investment, the country saw $1.56 billion in FDI registered in the first two months of 2011. But that was only equal to 68 percent of what was registered during the same two months in 2010.

A new $450-million flexible passenger vehicle plant is being constructed in Rayong, Thailand, by Ford Motor Co. Announced in June 2010, the plant will begin manufacturing the next-generation Ford Focus in 2012 for domestic and export markets, but may produce other models going forward. Ford plans to purchase up to $800 million worth of local components annually through Thailand's local supplier network.

The new 8-million-sq.-ft. (750,000-sq.-m.) facility, fully integrated to support body assembly, paint, trim and final assembly, has the potential to support up to 11,000 new jobs — including up to 2,200 direct jobs with Ford, and 8,800 indirect jobs through its supplier and dealer networks.

Ford President and CEO Alan Mulally said the project "is another important step in our aggressive expansion in the Asia Pacific region to meet demand for our world-class Ford products in this fast-growing region."

While Ford was forced to shut its factory in the Philippines following parts availability issues related to the March earthquake in Japan, Marcey Evans, manufacturing communications manager for Ford, says the earthquake-spawned crisis had not had an impact on construction of the Thailand plant as of mid-April.

"The decision to build our new plant was supported by Thailand's world-class automotive industry, and logistics and export infrastructure," said Joe Hinrichs, president, Ford Asia Pacific and Africa, at the announcement last year. In September, Ford officials said they expected 70 percent of the company's growth over the next 10 years to occur in the Asia Pacific and Africa.