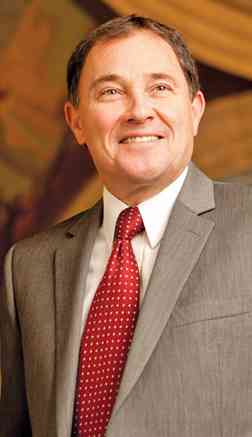 ary Herbert became governor of Utah on Aug. 11, 2009, following the appointment of his predecessor, Jon Huntsman, as ambassador to China. Herbert, who had served as lieutenant governor under Huntsman for five years, previously had a career in the real estate industry. He has made economic development and energy development among his top priorities as governor. Utah has recently attracted a diverse array of investments, including major IT and software development projects as well as major manufacturing projects such as the new Procter & Gamble facility in Box Elder County. Following are highlights from a recent interview with Gov. Herbert.

Site Selection: Economic development incentives are getting closer scrutiny around the country as states deal with budget deficits. Where does Utah stand on this issue?

Gov. Herbert: As governor of Utah, my primary focus is on economic development and growing the economy. Everything we discuss policy-wise, I look at whether it helps or hurts the economy. Everything we do is aimed at building a healthy, expanding economy. When we work with companies who want to locate here or expand, we have incentives, but they are post-performance. For example, Adobe came to Utah, they bought a company, absorbed it, grew it, and our concern was they would go somewhere else. They told us, "We will come here, but we would like an incentive." We told them that we don't give people money to come here, but if you produce and create jobs, we will give you a portion of the money you generate, like a tax cut, and we gave them back $39 million. You have to meet certain benchmarks — that way the taxpayers are never at risk. We don't bribe businesses to come here. Other states do it differently, but our incentives are all post-performance. We've gone through tax reform to make sure government intrusion is at a minimum, and we've reduced corporate and individual rates. We've taken a commonsensical approach to business regulations, going through all departments to make sure what we put in place 20 years ago makes sense today.

SS: Utah has been setting records in exports, and you've asked companies to double this over the next five years. How do you keep this trend going?

Gov. Herbert: We have a lot of companies here that have products and technologies that are exportable. We play to our strengths such as aerospace, biotechnology, medical devices and energy, and continue to make sure that we have a broad-based economic development effort. Part of that involves creating export opportunities. Utah has doubled exports during the last five years, and I expect that we will do that again. Our marketplace is global and it provides jobs for us. We are an inland state, and coastal states have opportunities to have better numbers, but we are about fourth or fifth best.

SS: You recently unveiled a 10-year Strategic Energy Plan for the state. What are Utah's strengths in this area and what do you see in terms of future energy development? Will Utah see its first nuclear power plant?

Gov. Herbert: Energy is a key component to expand the economy, so having lower-cost energy gives us a competitive advantage and improves quality of life. Utah has a unique opportunity. We are an energy-rich state, and we are strategically positioned in the middle of energy-rich states. There's a lot of coal and an abundance of natural gas and oil, so traditional fuels abound, but at the same time we are making significant efforts toward alternative fuels. One is oil shale. We have as much oil shale in the Uinta Basin in the eastern part of the state as Saudi Arabia has oil. We also have geothermal that produces electrical power, and we are exporting a lot of that to California from the central-western part of the state. Also, in part of our western desert, we have a 98-windmill wind farm, and another 60 will be added in its second phase. All of the power will be exported to California. All I have done is take a look at the opportunities we have in Utah and say, "We ought to have a 10-year plan," including the role that Utah may or may not have in nuclear power.

SS: Utah has been successful in the software and IT sector recently with investments by companies such as Adobe. Why are these types of firms interested in Utah?

Gov. Herbert: It's a full-cycle thing. The birthplace of computer technology and software is in Utah. Pixar came out of the University of Utah. What we find is that we have generated some smart people who have been on the cutting edge. It's a great attraction to companies in that field, and it bleeds over into medical devices. I was with some people today at Utah Genius 2011. They are entrepreneurs who have found new ways to invent things. Utah is a hotbed for that. It's a natural fit for IT. We are very high-tech savvy.

SS: Utah's major universities are known for their R&D programs, which produce many startup firms in high-tech sectors. What is the state doing to keep this momentum going?

Gov. Herbert: Success breeds success. We made a determination years ago that our universities can be incubators for economic opportunity, and created the Utah Science and Technology Research (USTAR) program to work with research institutions to commercialize technology. The University of Utah passed MIT in the number of startup companies created last year. We have an unprecedented partnership, and we will work together in unprecedented ways and have unprecedented results. The government has a role mainly as a facilitator.

SS: Your Office of Economic Development has made a special effort to recruit California companies. How successful has this been, and do you anticipate it being an ongoing effort?

Gov. Herbert: We want to let people know we are around. Utah is a smallish state that has been overlooked in past times. If you care about expanding your bottom line, give Utah a look. While we are reducing taxes, states like California have been raising taxes. We still have a AAA bond rating. During the last gubernatorial election in California, both Jerry Brown and Meg Whitman mentioned that "we have to stop losing jobs to Utah." They didn't say "Nevada" or "Oregon."

We have an opportunity for business to succeed here. I am in competition with the other 49 states. We will win some and we will lose some, but it bodes well for us. 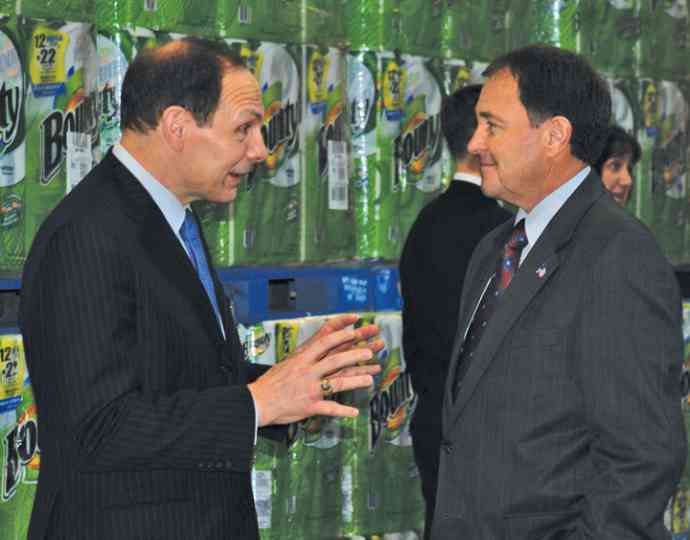