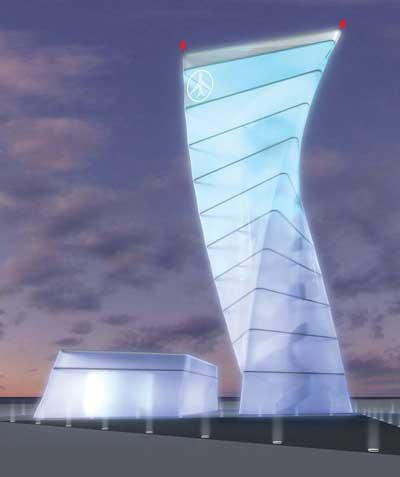 Artist rendering of the BBI Infotower at the Berlin Brandenburg Airport. 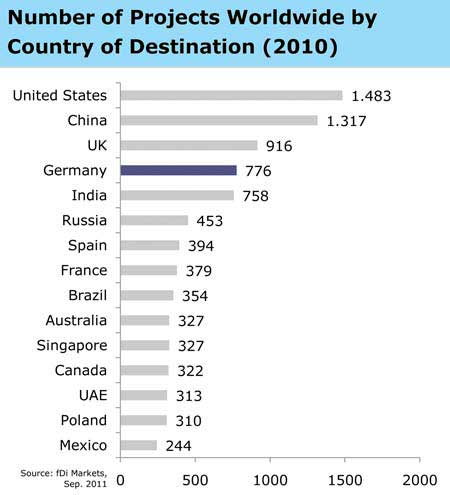 Each day seemingly brings a new round of bleak economic news from the Euro Zone: The Greeks are likely headed for default, the Italians may not be far behind, and the U.K.’s once-derided decision to stick with the pound sterling looks awfully shrewd right now (my colleagues in London certainly think so — they’re positively gloating over it.)

But as hard-liners on the right howl over Germany’s bill for any euro rescue plan, investors, both institutional and corporate, continue to pour into what’s regarded by many as Europe’s safest bet.

The birthplace of Oktoberfest, Mercedes-Benz and lederhosen has always been a magnet for foreign direct investment (FDI), but 2010 was a banner year. The 776 FDI projects Germany attracted in 2010 set a new record, and no other nation on the euro came close. (France was second with 379. See chart.)

America’s long-standing love affair with all things German (except, perhaps, wiener-schnitzel) shows no sign of waning, with U.S. companies setting up more facilities in Germany than those from any other single nation (and ranking just behind the combined investments from all other EU member-states).

Germany Trade & Invest CEO Michael Pfeiffer told Site Selection this is no surprise. Said Pfeiffer, “American decision-makers have ranked Germany the top business location in Europe for several years in a row. The combination of ingenuity and quality sets Germany apart. Business conditions in Germany allow these companies to continue to set the bar and quickly bring their innovations to market.”

That someone tasked with promoting Germany to the world would make such a statement is no surprise, but in Germany’s case it appears to be true. The World Bank’s 2011 Ease of Doing Business rankings put Germany well ahead of powerhouses like China, India and Brazil, and ahead of the United States in areas such as contract enforcement and dealing with construction permits.

So often in our reporting we’ll interview executives with a company that recently located a facility in whatever region we’re covering, who will always have encouraging things to say about why this location was just peachy. But do you really need an exec from Fujitsu, which recently announced plans for a new telesales center near the soon-to-be opened Berlin-Brandenburg Airport, to tell you why he thinks Deutschland is swell?

I’m going to take a different approach with this piece. I’m simply going to share some of the relevant economic data, and assume that if you’re in a job aided by reading Site Selection magazine, you’re smart enough to already have a pretty good idea why Germany makes sense. If you need more information, or would like a few glowing testimonials from the aforementioned corporate execs, reach out to the investment promotion agencies listed at the end of this piece, or contact us, and we’ll be happy to help you gather any location information you need.

As mentioned, Berlin is poised to unveil its new €2.5-billion ($3.47-billion) airport in March, replacing the three airports which have served Germany’s capital city in the past (Tempelhof Airport, which closed in 2008, Tegel Airport and Berlin Schönefeld Airport, parts or all of which will be closed in 2012.)

Some have suggested that taking on such a massive project during a global recession was unwise, but in truth not one single German state recorded growth of less than 3.2 percent in the first half of 2011, a rather startling and remarkable feat. The new mega-airport will undoubtedly have a long-term positive economic impact on the surrounding area, but many smaller, lesser-known states like Saarland in the West and Thuringia and Saxony-Anhalt in the east, are leading the charge, each enjoying growth approaching 5 percent. (See GDP chart.)

Thuringia is a recent example of a German success story, having been recognized in Site Selection’s Global Best to Invest rankings each of the last two years. Thuringia landed 29 new corporate projects in 2010, and seems poised to continue that growth, all while maintaining its title as the “green heart of Germany,” due to the dense forest covering most of the state.

What’s most remarkable about that is that you’ve probably never even heard of Thuringia. Or Saxony-Anhalt. Or Saarland. And that, I hope, will be the greatest value of this article. That Germany is perhaps Europe’s safest investment spot isn’t news. That small states you’ve never heard of are leading the way is. 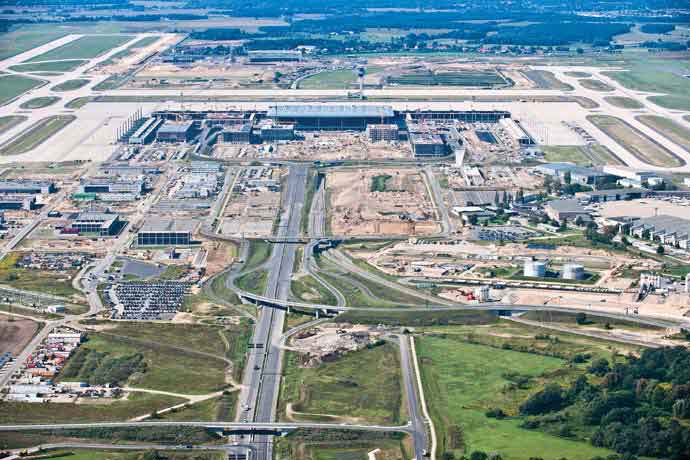 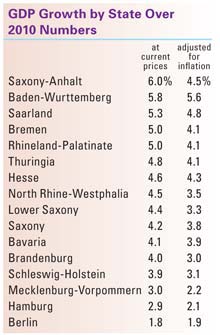 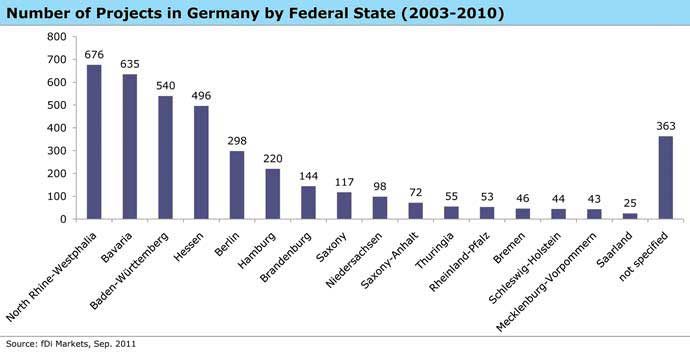