Investment in LNG projects on Australia’s northwest coast is transforming
a remote region into a critical energy hub for Southeast Asia. 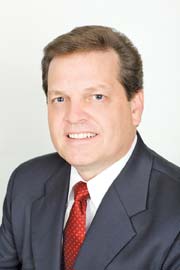 ven if they are not permanent jobs, 6,500 direct and indirect jobs will boost any area's economic prospects. Chevron Australia's Wheatstone Project, a major LNG plant investment on Australia's northwest coast, will have that effect and will result in revenues to the government of about AU$20 billion (US$19 billion) and $17 billion (US$16 billion) to Australian businesses over the next 30 years. The company announced in late September that it will begin construction immediately on the Chevron-operated Wheatstone Project at Ashburton North, 7.5 miles (12 km.) west of Onslow on the Pilbara Coast in Western Australia.

The foundation phase of the Wheatstone Project is estimated to cost $29 billion (US$27 billion) and consists of two LNG processing trains with a combined capacity of 8.9 million tons per annum (MTPA), a domestic gas plant and associated offshore infrastructure including the processing platform, subsea equipment, drilling and an export trunkline. First gas is planned for 2016.

"Wheatstone's go-ahead will provide vital supplies of natural gas to Australia and the region. Combined with the Gorgon LNG project, this further enhances Chevron's position as a leading supplier of natural gas in the Asia-Pacific region," Meyer said. Chevron has a 47-percent interest in the Gorgon Project in northwestern Australia, which includes a three-train, 15-MTPA LNG facility and a domestic gas plant. The Wheatstone Project was granted final government approval for a 25-MTPA LNG development and a domestic gas plant, paving the way for future expansion opportunities.

The Wheatstone onshore foundation project is a joint venture between the Australian subsidiaries of Chevron (operator, 73.6 percent), Apache (13 percent), Kuwait Foreign Petroleum Exploration Company (KUFPEC, 7 percent) and Shell (6.4 percent). The foundation project will be fed with natural gas from the Wheatstone and Iago fields, which are operated by an Australian subsidiary of Chevron in a joint venture with Shell and represent 80 percent of the plant's foundation capacity.

The unique Wheatstone hub concept was developed to provide an infrastructure foundation for the commercialization of Chevron's vast natural gas resources as well as a destination for third-party gas. Under the hub concept, Apache and KUFPEC will provide the remaining 20 percent of the natural gas from their Julimar and Brunello fields. Development of the two third-party fields is not included in the estimated project cost. Chevron Australia is a significant investor in exploration offshore of northwest Australia, leads the development of the Gorgon and Wheatstone natural gas projects and operates Australia's largest onshore oilfield on Barrow Island as well as the Thevenard Island oilfields. The company also manages its equal one-sixth interest in the North West Shelf Venture and is a participant in the Browse liquefied natural gas development in Western Australia.

Buyers of LNG produced in the region include Japanese utilities Tokyo Electric Power Company and Kyushu Electric Power Company. Chinese oil and gas firms are planning and building LNG receiving terminals along the south China coast and will be likely purchasers of Wheatstone and Gorgon Project LNG as demand for clean energy grows.