States value foreign investment, and the higher-paying jobs it creates. 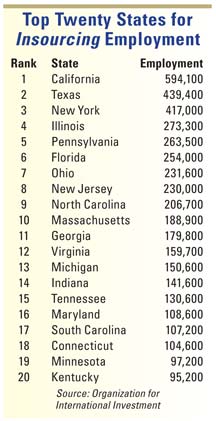 ou load 16 tons and what do you get? A high-tech wind turbine gear box bound for Colorado.

With apologies to Tennessee Ernie Ford, the lyrics fit for the new ZF Wind Power plant in Gainesville, Ga., which will be shipping the massive products, one to a tractor-trailer, to its primary customer, Vestas, in Colorado.

ZF, which has supplied the automotive industry throughout most of its history, is entering the wind power sector with the opening of its new gear box plant in Gainesville, Ga. ZF Wind Power's US$98-million plant will begin producing gear boxes in 2012. It will eventually employ up to 250 people, and will ramp up to produce 1,000 gear boxes annually with possible expansion to 1,500.

The ZF Group, founded in Friedrichshafen, Germany, in 1915 to make gear boxes for zeppelins, is one of the more prolific companies involved in FDI in the U.S. ZF, whose name is derived from the German word zahnradfabrik, which translates to "gear factory," also has new facilities for the automotive sector in the works in South Carolina and Kentucky. Overall, ZF has 16 locations in the U.S.

Dr. Michael Paul, a ZF Group vice president and member of the board of management for the company's Industrial Technology Division, says being close to customers is ZF's most important criterion in looking for a plant location. ZF is also familiar with Gainesville, having operated an automotive components facility there for 25 years.

"We will have synergy and shared services between our plants," Paul says. "Before we decided to put a plant here, we did an in-depth assessment. We've had a good experience in the area and have a culture of 25 years here."

Paul says ZF has lots of in-house expertise when it comes to location selection.

"We have 127 locations around the world. We think we have the experts to choose locations, and we don't involve outside consultants typically."

Elizabeth Umberson, president of the new ZF Wind Power division, says the company has had an excellent record with its first plant in Gainesville. She also notes that ZF's move into wind power is a natural extension of the company's focus on sustainability.

"We want to diversify and we are interested in sustainability," Umberson says. "With the move to electrification of vehicles, this is a good fit."

Umberson says Georgia's Quick Start program, a work force training program administered through the state's technical college system, is a key incentive to locating a plant in Georgia. She says the state's willingness to develop a customized training program through nearby Lanier Technical College was a major attraction to locating in Gainesville.

ZF is also investing $80 million and creating 300 jobs with an expansion of its operations in Laurens County, S.C. ZF is expanding the transmission plant due to an increase in demand from the automotive market. This expansion is in addition to the new manufacturing operations announced in July 2010 which involved a $350-million investment and 900 new jobs. South Carolina Dept. of Commerce officials cited the project as the largest FDI project among 49 registered in 2010.

ZF also recently completed an expansion of its steering systems plant in Florence, Ky. The $95.8-million project will add 374 jobs at the facility over the next two years.

Up-to-date statistics on a state-by-state basis on FDI in the U.S. are hard to come by, but a recent report by the Economic and Statistics Administration of the U.S. Dept. of Commerce indicates that jobs created as a result of FDI are up to 30 percent higher-paying. The report says that during the last decade, majority-owned U.S. affiliates of foreign companies have employed between 5 million and 6 million workers.

The Commerce Department says that U.S. FDI totaled $194 billion in 2010 and amounted to $1.7 trillion over the last 10 years. Relatively few countries invest in the U.S, according to the report, which says that 84 percent of 2010 FDI in the U.S. came through eight countries: Switzerland, the U.K., Japan, France, Germany, Luxembourg, the Netherlands, and Canada.

State tracking of FDI data continues to be sketchy, but responses to this year's survey by Site Selection reveal which states logged robust FDI in 2010.

Florida logged 20 FDI projects in 2010, worth $60 million and creating 673 jobs. The largest jobs promise came from Australia Yachts, which plans to create 120 jobs by 2015 in Charlotte County. The state is now reaping the benefits of the Embraer executive jet assembly plant in Melbourne, a project announced in 2008, which opened in February. Embraer's first facility in the U.S. will eventually create 200 jobs.

Idaho's largest 2010 FDI project came from Nunhems, which is part of the Bayer Group and based in the Netherlands. Nunhem's $30-million expansion at its seed processing plant in Parma, created 50 jobs, bringing employment at the plant to 150. Overall, the state reported five projects with a value of $54.5 million.

Kentucky is historically a major beneficiary of FDI projects, and is home to operations from 400 international companies representing nearly 30 nations. The state, which opened its fourth international office in 2011 in Hamburg, Germany, garnered 56 FDI-supported projects during 2010, representing a total investment of more than $630 million and 3,000 jobs, about 25 percent of all jobs created. The state had foreign investment announcements from 15 countries in 2010. The leading countries were Japan with 18 projects, Germany and France with eight each and Canada with five. The largest project in terms of jobs was Metalsa Structural Products in Hopkinsville with 428. The Mexico-based company produces automobile frames.

The largest FDI-supported project in Louisiana in 2010 was Shintech Louisiana, the U.S. subsidiary of Shin-Etsu Chemical Co., Ltd. of Japan, the largest worldwide polyvinyl chloride producer, which began construction on the second phase of its manufacturing facility in 2010. Shintech invested $1.3 billion to build a packaging plant and a second manufacturing unit to increase chemical production capacity. Approximately 80 new direct jobs will be created, for a total of 230 jobs. The company took advantage of several of Louisiana's statutory incentives, including Quality Jobs and Industrial Tax Exemption, and also relied on Louisiana FastStart, the state's turnkey work force solution, to train new employees. The facility is located in Iberville Parish and has access to rail, highway and deep water.

Maryland, which has overseas offices and representatives in 10 countries, attracted 16 FDI projects in 2010. Many of these were startups, resulting in 53 jobs. The state says the MI2 Incubator (Maryland International Incubator) in College Park had the largest impact, as it served as a catalyst for additional FDI.

Minnesota reported 10 FDI projects in 2010, representing a total investment of more than $1.9 billion and creating 963 jobs. A large-impact project was SAGE Electrochromics, which is building a 300,000-sq.-ft. (27,870-sq.-m.) production facility near its headquarters in Faribault. French glass company Saint-Gobain is investing $80 million in the $135-million plant. SAGE manufactures glass that darkens electronically, making buildings much more efficient. (For the full story on this project including an interview with SAGE's CFO, see the Nov. 2010 issue of Site Selection.)

Mississippi cites the Nissan expansion in Canton as having a significant impact. Nissan first announced it was coming to Mississippi in 2000, and began producing cars there in 2003. In January 2011, the company began producing commercial vehicles in Canton after completing a $118-million expansion, and a few months later, the company announced it was adding two vehicle models to the Canton plant's production line-up.

Missouri's largest project in 2010 came from FAG Bearings, which invested $50 million and created 33 jobs in Joplin. FAG, part of the Schaeffler Group, supplies bearings to the automotive industry. The plant manufactures and assembles highly advanced wind-energy turbines that will be supplied to renewable energy projects throughout North and South America.

North Carolina, which operates investment offices in Frankfurt, Shanghai, Tokyo and Toronto, reported 86 FDI projects in 2010 which created more than 5,800 jobs with an investment value of more than $1 billion. Germany, Japan, India, Switzerland and Canada were the top countries investing in the state. Siemens Energy had the top project with plans to expand its gas turbine operations in Charlotte. Siemens plans to add 825 jobs and invest at least $135 million over the next five years.

Ohio reported 51 FDI projects in 2010 with a cumulative investment of $1.7 billion and a promise of more than 2,500 jobs. Japan led the way with 16 projects. Top projects included the Husky Energy/BP Petroleum joint venture in Lima, an investment of $400 million, and Dannon Yogurt's $110-million expansion of its facility in Minster.

Pennsylvania had 23 projects with a total investment of more than $371 million. The leading investor countries were Canada with seven projects, followed by the U.K. with six. The largest investment came from Israel-based Teva Pharmaceuticals, which is building a $295-million distribution center in Philadelphia. When it opens in 2013, the 1.2 million-sq.-ft. (111,480-sq.-m.) DC will employ 400, 200 of whom will be filling new positions.

The largest announced project in Nevada was made by private equity firm U.S. Renewable Energy Group (US-REG), Chinese company A-Power Energy Generation Systems Ltd. and real estate development company American Nevada Company of Henderson to develop a plant in the Las Vegas area that would employ about 1,000 people for manufacturing wind turbines. Once up and running, the 320,000-sq.-ft. (29,728-sq.-m.) plant would be one of the largest manufacturing employers in Southern Nevada and would build upon an already fast-growing local renewable energy industry that so far has focused on solar power.

Texas reported 324 FDI projects in 2010, but does not have figures on total jobs and investment. The largest prize was the $3.6-billion chip manufacturing expansion in Austin by South Korea-based Samsung, which will create 500 jobs.

Washington cites the SGL/BMW joint venture advanced composites manufacturing project at Moses Lake, a $100-investment which will create 200 jobs, as its biggest 2010 project. 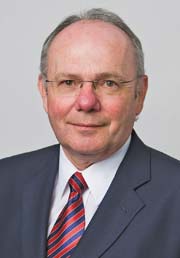 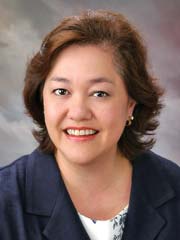 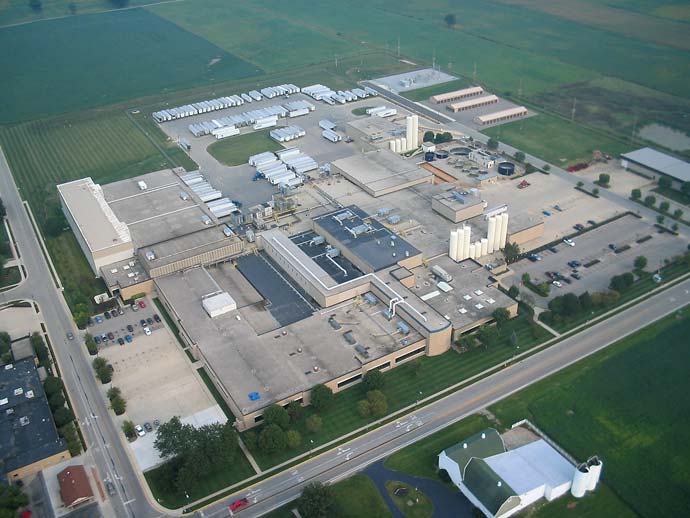