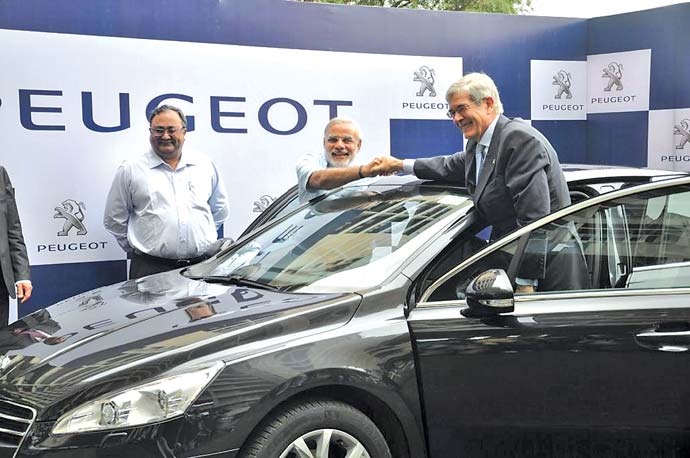 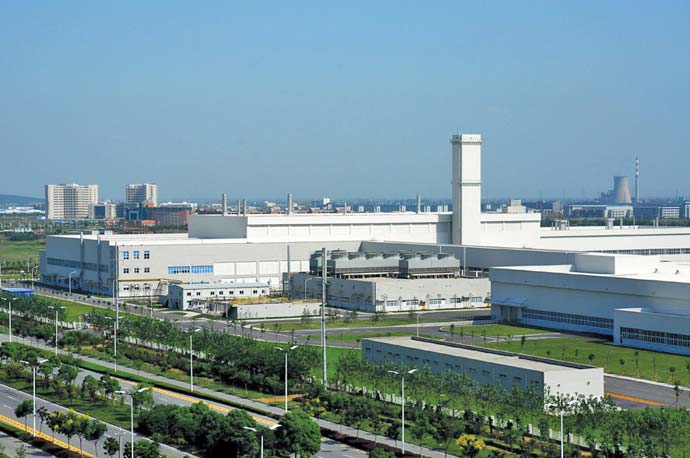 Ford Motor Co.’s investments in China include a plant in Nanjing. The company has an aggressive investment plan in the country.
Photo courtesy of Ford

ndia's western state of Gujarat has long been an industrial nexus, specializing in petrochemicals, pharmaceuticals and textiles. Over the last few years, Gujarat has emerged as a major auto-manufacturing center as some of the industry's biggest names have established factories. Ford and PSA Peugeot-Citroën are among the latest companies to announce huge assembly plants.

Gujarat's business-friendly government and its key geographic location are two major factors in the automotive cluster's development, says Deepesh Rathore, managing director for the New Delhi office of global market research firm IHS Automotive. He says when it comes to automotive in India, it's all happening in Gujarat.

"The State of Gujarat is one of the most industry-friendly states in the country," Rathore says. "The government is efficient, reasonably honest and has a vision for the future, and the bureaucracy is efficient. Gujarat is on the west coast with a couple of ports, including a private port, to support exports. It is much easier and cheaper to export from the western coast than the eastern coast, especially if you are targeting Europe, Africa and the Middle East."

Rathore says Gujarat is also benefiting from "geographical hedging" by firms such as Ford, Tata and Maruti, who believe it makes sense for them to open a new plant in Gujarat rather than build near existing plants in other states. He says this helps insulate them from state taxation issues and local labor problems.

Ford broke ground on Sept. 5 for its new US$1-billion investment in vehicle and engine plants in Sanand, Gujarat. The new complex will create 5,000 jobs and will initially be able to produce 240,000 vehicles and 270,000 engines annually. The first products are scheduled to come off the line in 2014.

"This is an investment in the future of Ford globally," said Joe Hinrichs, president, Ford Asia Pacific and Africa. "These new state-of-the-art facilities will help us reach the goal of increasing worldwide sales by nearly 50 percent by mid-decade to 8 million vehicles per year."

Earlier this year, Ford announced an investment of $72 million by 2012 to expand its powertrain facility in Chennai. Ford's total investment in India to date is approximately $2 billion. In September 2010, Ford officials said they expected 70 percent of the company's growth over the next 10 years to occur in the Asia Pacific and Africa.

The Ford groundbreaking followed by a few days an announcement from PSA Peugeot Citroën that it would invest €650 million (US$903 million) to develop a manufacturing facility on a 600-acre (243-hectare) site in the heart of the rapidly developing Sanand automotive cluster. The facility will have an initial capacity of 170,000 vehicles per year with possibilities for expansion. Like Ford, PSA Peugeot Citroën plans to create up to 5,000 jobs and begin producing cars in 2014. A supplier park will be developed adjacent to the facility, creating even more jobs.

"We view India as one of the most important and dynamic markets in the world, with forecasts of it becoming the third largest automotive market by 2020," said Philippe Varin, chairman of the managing board of PSA Peugeot Citroën. "Gujarat offers a proactive business friendly environment, excellent infrastructure and is geographically well positioned to cater to passenger car markets across India."

Maruti Suzuki, a division of Suzuki of Japan, is India's largest car company, and is also reported to be close to announcing a major project for Gujarat.

A recent report by the Congressional Research Service, made public by the Federation of American Scientists, describes Gujarat as "perhaps India's best example of effective governance and impressive development." The report credits Gujarat Chief Minister Narendra Modi with streamlining economic processes, removing red tape and curtailing corruption in ways that have made the state a key driver of national economic growth.

"Seeking to overcome the taint of his alleged complicity in deadly 2002 anti-Muslim riots, Modi has overseen heavy investment in modern roads and power infrastructure, and annual growth of more than 11 percent in recent years," the report says. "The state has attracted major international investors such as General Motors and Mitsubishi and, with only 5 percent of the country's population, Gujarat now accounts for more than one-fifth of India's exports."

KPMG's latest Global Automotive Executive Survey finds that respondents agree that China is the biggest investment target and will remain the largest producer and seller of cars in 2015. The survey also describes India as being on the fast track. Automotive businesses in the Americas appear to be more likely to invest more in India, according to KPMG. Survey respondents predict that by 2015, India will be third behind China and the U.S. in terms of global production and sales.

Ford is continuing its aggressive expansion in China. Together with its partners, Ford is building assembly, engine and transmission plants in Chongqing, and an assembly plant in Nanchang.

Ford's passenger car joint venture in China, Changan Ford Mazda Automobile (CFMA), broke ground in June for a new engine plant in Chongqing. The $500-million investment will more than double CFMA's annual engine production capacity in China to 750,000 units when it comes online in 2013. These engines will equip Ford-brand vehicles manufactured and sold in the country.

In addition, Ford signed an MOU in May to build its first transmission plant in the country, also in Chongqing, with an initial annual capacity of up to 400,000 units. Early next year, Ford's second passenger-car assembly plant in Chongqing will begin production, starting with the new Ford Focus.

"As the industry growth rate in China continues to stabilize, it helps us better align capacity with demand. As part of our aggressive expansion in China, we are bringing 15 new vehicles here by 2015, and are in the process of building four new plants here with our partners," said Ford's Joe Hinrichs.

Ford will more than double the number of its dealerships in China by 2015. It is doubling its professional work force in China during the same period.

Volkswagen recently opened an engine reprocessing facility in Dalian. The company says it will reprocess 15,000 engines per year at the plant. The reprocessed engines will allow Chinese drivers to benefit for the first time from Volkswagen parts that are up to 50 percent less expensive. To date, Volkswagen Group China and its partner FAW have invested €10.9 million (US$15 million) in reprocessing facilities at Dalian.

The project in China is the Group's first reprocessing facility outside Germany. The next step will be the expansion of activities at Dalian to include other engine models as well as transmissions. Volkswagen also plans a test center to test engines and transmissions based on Chinese driving habits.

The new facility, GM's first diesel engine plant in the region, is the first in the world to produce the all-new family of Duramax four-cylinder diesel engines.The plant has the capability to manufacture approximately 120,000 engines per year for use in vehicles built in Thailand and other global markets. The first engines to be manufactured by the facility will be installed in the all-new Chevrolet Colorado pickup that will be produced in Rayong following engineering development work and retooling of the vehicle assembly line.

The opening of GM's Rayong facility comes a month after the company announced that it will invest $150 million in the reactivation of its Bekasi manufacturing facility in Indonesia for production of a new line of people movers for Southeast Asian markets. 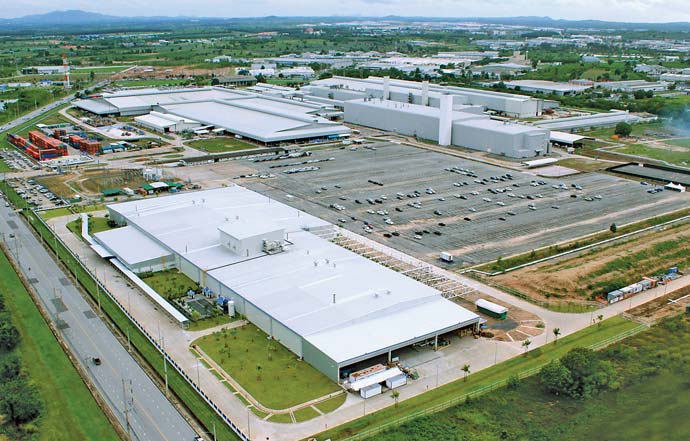