Driven by the government’s healthcare spending and the population’s increasing array of health problems, the medical device industry invests in … China. 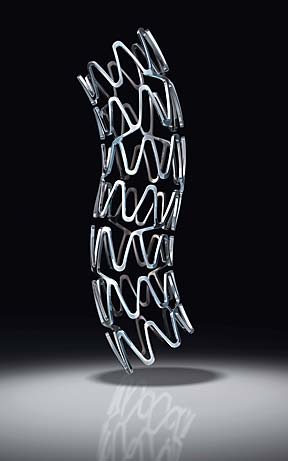 hina's plan to build thousands of hospitals and other healthcare facilities bodes well for the medical device sector. U.K.-based consultancy Epsicom Business Intelligence says the prospects for medical device spending in China are huge as the country's healthcare reform plan unfolds over the next several years.

Not surprisingly China's burgeoning medical device market is drawing the attention of many of the industry's heavyweights.

"Clearly, the U.S. will continue to be an important region for us, but we simply can no longer afford to think and act only in a U.S.-centric way," said Omar Ishrak, Medtronic's new chairman and CEO, at the company's annual shareholders' meeting in August. "To provide context, 10 years from now, our market in China will exceed that of the U.S. We must take action today so we can be leaders in this enormous change."

One firm taking action is Boston Scientific, which announced a five-year, US$150-million investment in China to expand its commercial presence. The company, which estimates its current market in China at more than $1 billion, says the new investment will support the establishment of a local, wholly owned manufacturing facility focused on serving Chinese market needs, and the development of a world-class training center for Chinese healthcare providers.

"By establishing a strong local manufacturing foundation and supporting infrastructure, we believe we will be better positioned to become a leading medical device company in China, serving the population's burgeoning healthcare needs with innovative products and treatment options," said Ray Elliott, Boston Scientific's president and CEO. "Achieving that goal, however, requires expanding our commercial footprint in terms of size, scale and scope."

Boston Scientific also says it will invest in R&D and clinical studies while increasing its employee base in China from approximately 200 to more than 1,200.

"We believe there are significant opportunities to accelerate our growth in China, where our market share is a fraction of what it is in the U.S. and Europe," said Larry Neumann, senior vice president and president, emerging markets at Boston Scientific. "Adding to the market potential is the growing affluence of the local population and the Chinese government's commitment to spend $125 billion on its healthcare system in the next five years."

"Both China and India are experiencing an increase in the metabolic and chronic conditions such as cardiovascular disease, diabetes, obesity and cancer that many of our products diagnose or treat," said Alex Gorsky, vice chairman of Johnson & Johnson's executive committee.

Thermo Fisher Scientific is building a new manufacturing facility in China within the Suzhou Science and Technology Town as part of the company's strategy to aggressively expand its presence in the Asia-Pacific region. The new facility, scheduled for completion in early 2012, will develop and manufacture laboratory instruments, equipment and consumables for China's growing life sciences markets.

The project will play an important role in the future growth of the Suzhou New District, which has been designated as a center for technology development. The new Suzhou Science and Technology Town is a key component of the regional plan developed by Jiangsu Province and Suzhou municipality to create a technology-based infrastructure.

"China continues to grow significantly and is now our third largest country in terms of revenue," said Marc N. Casper, Thermo Fisher Scientific's president and CEO. "By bringing Suzhou online to complement our existing facilities, we continue to increase our depth of capabilities and strengthen our competitive advantage in the region."

In the past year, Thermo Fisher has opened a second demonstration laboratory, in Beijing, and its new China Technology Center in Shanghai, bringing its total work force in China to more than 1,400.

Covidien is another company with big plans for China. The company recently announced the creation of its flagship R&D center for China, which will be based in Shanghai. The center will be operational by July 2012.

"Shanghai was the ideal location for our R&D center as we have had a direct commercial presence in China for more than 10 years," says Michael Drury, an Asia-based Covidien spokesman. "China, and in particular Shanghai, provides Covidien with access to top engineering talent as well as leading universities like the University of Michigan-Shanghai Jiao Tong University (UM-SJTU), with whom we have recently established a collaboration."

"We estimate we will be adding 150 to 200 jobs at this site over the next five years," says Covidien spokeswoman Marta Newhart.

Kinetic Concepts is building a new global headquarters in San Antonio. The facility, consisting of more than 100,000 sq. ft. (9,290 sq. m.) of space, will include the company's corporate functions that support its business operations across the globe.

The maker of products for the wound care, tissue regeneration and therapeutic support system markets, employs approximately 2,000 people in San Antonio, or nearly 30 percent of its global work force of 7,000, operating in 20 countries. The company currently owns or leases more than 700,000 sq. ft. (65,030 sq. m.) of space in buildings around the city, where it was founded in 1976.

Concurrent with the HQ announcement, the company announced a community service campaign in which the company's San Antonio employees will collectively contribute 35,000 hours of service to community projects during the year.

"This is a great city and we are honored to represent it as a global corporate citizen," said KCI President and CEO Catherine Burzik. 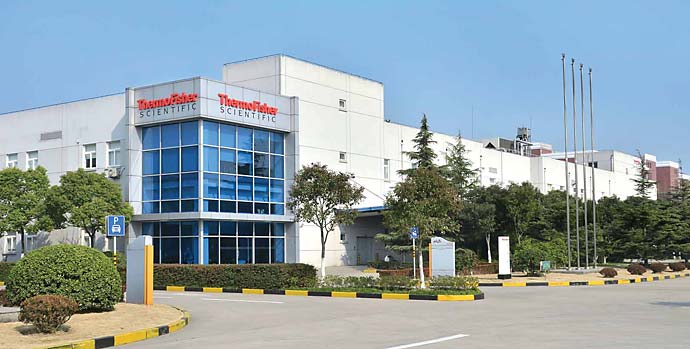