In Montana, calculated policies foster a climate for entrepreneurs. 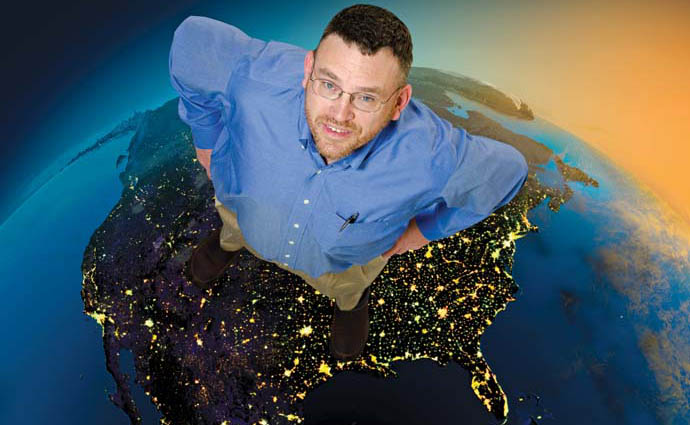 Alex Philp is president and CEO of TerraEchos Inc. in Missoula, a rapidly emerging technology hub in Montana.
Photo by Todd Goodrich/The University of Montana
by RON STARNER
W 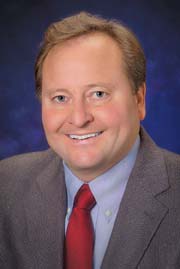 hen the U.S. Chamber of Commerce recently rated Montana the No. 1 state for business startups and the sixth best business climate in the nation, the news may have surprised some people.

It didn't surprise Montana Gov. Brian Schweitzer, however. "We have targeted the innovators," he says. "We targeted companies that are science and engineering based. Montana is a state for engineers. They come here for the quality of life, advance their education here, and then these companies spring out on their own."

Expanding companies like Blue Marble Biomaterials, TerraEchos and Rivertop Renewables fit this mold. Senior executives at these firms say that their selection of Montana as a business location is a strategic choice that fits their business model and enables their firms to thrive.

For Seattle-based Blue Marble, that choice meant being willing to leave home.

"Blue Marble Biomaterials technology was invented in Washington," says James Stephens, vice president and chief scientific officer at Blue Marble R&D Headquarters in Missoula, Mont. "As we scaled up, we found that almost all of our clients were in the Midwest or on the East Coast. We started doing a comprehensive search of Florida, New Jersey, Ohio, Illinois and other places including the Pacific Northwest."

That research led Stephens and his team at Blue Marble to Missoula. "I knew a lot about Montana, and as we began to do an analysis of business friendliness, we found that Montana scored very highly on all of the counts that were important to our company: access to universities, proximity to green technology companies, land prices, labor wages, etc."

As a result, the company that produces fragrances and flavorings from plant material decided to relocate its R&D to Missoula, where the firm is now working on creating alternatives to petroleum-based products.

"I moved the entire R&D facility from Seattle to Montana in 2010 and we went on line at the end of August of this year," says Stephens. "We are currently using about 6,000 square feet [557 sq. m.] of space, but we are quickly outgrowing our facility and will be looking to triple our space in the next six months, maybe sooner."

By 2012, Blue Marble plans to employ 25 full-time workers in Missoula, with additional expansion plans taking the company to 75 employees by 2015.

"A lot of people with a scientific background want to stay in Montana," Stephens notes. "Recruitment is much easier here than it is in Seattle, where there is a lot of competition with Amazon and Microsoft and other companies for high-tech talent. Montana also offers much faster access to the government. The Department of Commerce here rolled out the red carpet for us."

Gov. Schweitzer says that reception happens by design. "When we bring people to Montana, we start by saying, 'Let's have dinner with the governor.' I answer their questions and give them my cell phone number. Businesses in Montana get a call from me from time to time," he says. "That is the way we recruit businesses to Montana. I am the CEO of a business — it just happens to be called the state of Montana. We also offer a relatively inexpensive supply of energy, a high quality of life for people who like to recreate and raise children in good schools, inexpensive real estate prices, and community-based banks that are not failing."

The largest surplus in state history helps too. "At a time when 45 states are practically broke, Montana is still cutting taxes for businesses and is still making money," the governor says.

That message resonates with executives like Alex Philp, president and CEO of TerraEchos Inc. in Missoula.

"We spun out of the University of Montana," Philp says. "We are a relatively successful technology transfer story in Missoula. I worked as a researcher at the University of Montana in graduate school and after grad school. We learned things based on a NASA research project. We learned how to take data from NASA satellites and analyze it. In 2003, I started GCS Research here in Missoula and that company grew slowly but steadily."

The big breakthrough came in 2006, when GCS became aware of a core technology developed by the U.S. Navy. "We licensed that technology from the Navy, and that is when we started TerraEchos," says Philp. "This is a sensor system developed by the Navy. We now have 35 people employed in high-tech and high-paying jobs."

With offices in Seattle, Portland and Missoula, GCS and TerraEchos now do considerable work for the U.S. government in partnership with IBM. Montana will be home for TerraEchos for a long time to come, says Philp.

"I think the community here offers a quality of life that is exceptional and is quite attractive to our employees," he says. "We have a great and growing relationship with the University of Montana. We work very closely with the university's Department of Computer Science. That gives us a steady source of labor for our business. There is great technical skill here, and these are affordable workers who have an incredible work ethic. The quality of employee is very high here. Our goal is to keep them here and not have to recruit them back."

Philp says the state government is also a big factor. "We enjoy and benefit greatly from support from the state of Montana," he adds. "It is a great state for business. Missoula and the state are both very supportive of start-up companies. They will bend over backwards to help you. That means access to capital, introductions to angel investors and venture capital networks, and access to government grants and programs."

Coming Home to Build a Company

Jere Kolstad, president and CFO of Rivertop Renewables in Missoula, tells a story that is very similar to Philp's. After receiving his college education in Bozeman, Kolstad spent the early part of his career in Seattle.

"I grew up in Montana and I always wanted to come home," he says. "A professor at the University of Montana was a key factor in bringing me back. He was able to secure some funding on a regular basis to do some research on conversion of chemicals."

That research led to the creation of Rivertop Renewables, a startup chemical company that now has a world-class facility in Missoula. "Rivertop makes renewable chemicals," Kolstad says. "Our products go into detergents and other cleaners. We also make chemicals that inhibit corrosion."

Kolstad says that his experience in building a company in Montana "has been good. An active angel investor network is here. We have moved into a fantastic facility, and we are remodeling it. A Department of Commerce grant helped us, and then the University of Montana matched it. We also received money from the state for training our employees. From the state to the local level, they have done everything you could ever want to help our business grow and prosper."

"We have the former head of Procter & Gamble R&D working for us," says Kolstad. "In the global economy today, you have to bring in really special talent that is world-class. We have no trouble attracting that kind of talent to Montana."

The governor says he is not content to settle with these success stories. "We need to work and lead to become the national leaders in clean-coal technology," says Schweitzer. "If we don't find those clean ways of using coal, we won't be able to harvest the rest of our coal and use it."

With 120 billion tons of recoverable coal, Montana has 30 percent of the nation's coal reserves and 10 percent of the world's. "If Montana were a country, we would have the third largest coal reserves on the planet," he says. "We have also attracted a billion dollars in wind energy investment since I have become governor. Montana is an energy state. We are 15th in producing energy but we are growing at the fastest rate in the country."

The governor wants to capitalize on that trend and bring even more industry to his state. "We have the cleanest air and water in the world," he says. "We have a net flow of businesses coming to Montana. You just have to come here to see it." 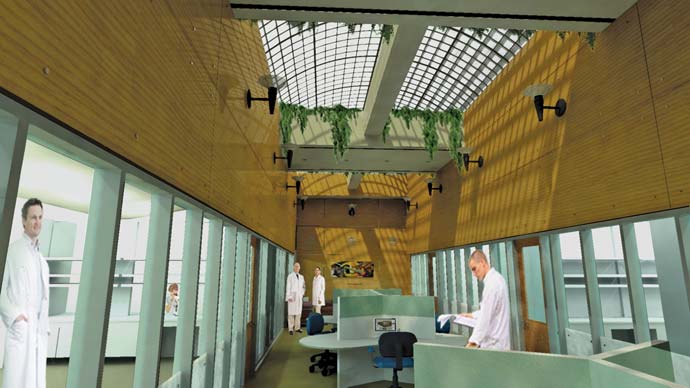