From Dream to Reality

How Novartis’ new vaccine plant in North Carolina went from concept to completion,
and how collaboration with state training programs encouraged the firm to expand … again. 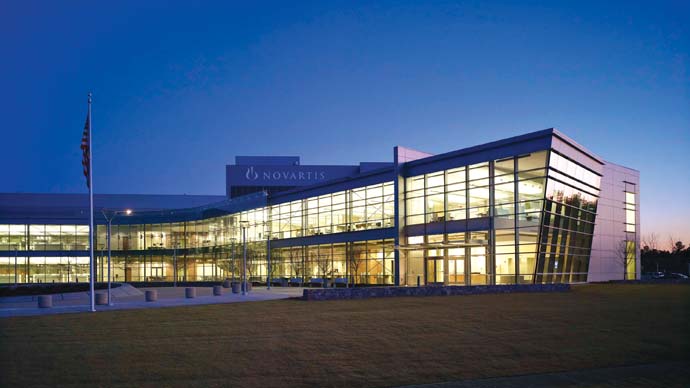 Novartis has built a 430,000-sq.-ft. flu vaccine manufacturing complex in Holly Springs, N.C. — the result of an innovative partnership between the company, the federal government and the state of North Carolina.
by RON STARNER
T 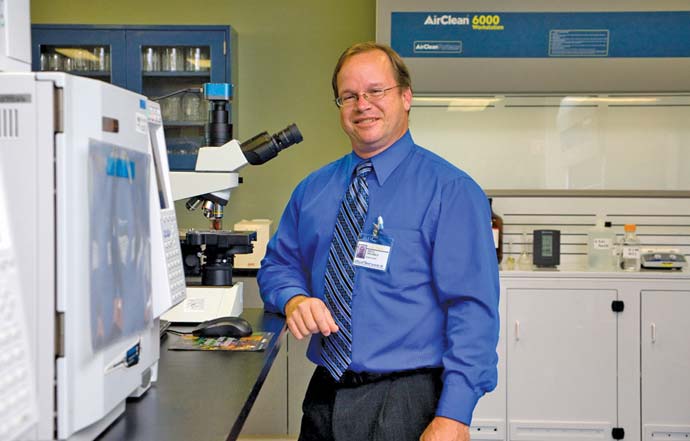 Doug Drabble, director of the BioNetwork and Life Science Initiatives in Winston-Salem and Raleigh

he threat of the next flu pandemic brought Novartis and the United States government together to draft a comprehensive plan for outbreak preparedness.

The ability of North Carolina to train the work force needed to implement that plan brought Novartis to the Tar Heel State.

The result of this multi-faceted partnership is an innovative $1-billion flu vaccine facility in Holly Springs, N.C., covering 430,000 sq. ft. (39,947 sq. m.) and employing 400 workers. Expected to be fully operational in 2013, the plant will be equipped to produce 150 million doses of pandemic influenza vaccine within six months.

How Novartis' new plant went from concept to completion is a story very closely intertwined with North Carolina's strategy to become a global leader in the training and equipping of a 21st century biotechnology work force.

"As a company with global operations, Novartis makes decisions about where to locate facilities and employees based on a number of factors," says Liz Power, spokesperson for the company, reputation and issues management for Novartis Vaccines & Diagnostics, based in Cambridge, Mass. "As a major center for biotechnology innovation, North Carolina provides an exciting environment for companies engaged in the discovery, development and manufacture of life-saving and enhancing treatments for patients. In addition, North Carolina has proven to be a good place to recruit and retain top talent."

Of the 400 Novartis workers in Holly Springs, 300 are local hires. "Novartis also made a commitment to helping to develop the work force of the future in North Carolina," says Power. "The company is a partner with North Carolina State University's BTEC program and the BioNetwork community college program."

BTEC, which stands for the Golden LEAF Biomanufacturing Training & Education Center, is located on the Centennial Campus of N.C. State in Raleigh. Executives at Novartis and leaders at the North Carolina Biotechnology Center say that BTEC was one of the fundamental drivers of the entire Novartis site selection process.

In fact, BTEC performed so well, say the various partners in the project, that Novartis recently announced a $36-million expansion that will bring an additional 100 jobs to the Holly Springs site.

The plant will soon include a facility that will be the first of its kind in the U.S. The Holly Springs site will leverage cell culture-based manufacturing technology as a vital alternative to traditional egg-based flu vaccine production.

FDA Commissioner Margaret Hamburg recently visited the Holly Springs plant and she told the Raleigh News and Observer, "It is really an excellent demonstration of the importance of innovation and collaboration, the coming together of government and industry to advance public health preparedness."

That partnership includes the U.S. Department of Health and Human Services, the Biomedical Advanced Research and Development Authority, the state of North Carolina and its network of universities, the Biotech Center and community colleges.

BTEC and BRITE — the Biomanufacturing Research Institute and Technology Enterprise at North Carolina Central, a historically black university in Durham — have been integral to the early success of Novartis in North Carolina.

"BTEC provides a trained work force at both the undergraduate and graduate level, and we also provide specialized training for the industry including FDA inspectors," says Dr. Ruben Carbonell, director of BTEC. "Around seven or eight years ago, biomanufacturing was really growing tremendously in North Carolina. Companies got together with the North Carolina Biotechnology Center and got the Legislature to provide funding for specialized training for biotech firms. So BTEC really grew out of the need in the industry to have a work force available to them."

BTEC provides hands-on training on the same equipment that students will use on the job. "This minimizes the training that companies have to do internally," says Carbonell. "The construction of BTEC was a $39-million investment, and that helped pay for a lot of equipment. We opened in July of 2007 and built this facility around the current best practices in the biotech industry."

BTEC offers courses in bio-reactors, purification, regulatory issues, and analytical issues like quality analysis and quality control. "In the first year we were open, we had 100 or so students," says Carbonell. "This year, we will have over 600 students go through the program, and we will have another 400 workers from companies go through training here."

The hiring rate of BTEC graduates, three months after graduation from the program, is 100 percent, says Carbonell. "We have tracked the last three years of classes, and every single graduate from our program at BTEC has landed a job in the biotech industry."

BRITE also provides critical support to the biotech industry in North Carolina. Linda Love, industrial relations manager for BRITE at N.C. Central, says that BRITE "promises a quality work force. We are developing competent scientists and we are creating partnerships for the industry."

Some 82 percent of BRITE students work in the biotech industry, notes Love. "My job is to get kids ready and get them in the pipeline to earn bachelor's degrees and master's degrees in biotechnology. We recently received approval to offer our very first bio-sciences Ph.D."

'We Look at What Our Clients Need'

BRITE is the result of a close collaboration between academia and industry, Love says. "We look at what our clients need," she says. "The goal of North Carolina is to put in place this very industry-focused training. What makes us different is that the Golden LEAF Foundation (funded by tobacco lawsuit settlement dollars) stepped up and put the money on the table to help the Department of Commerce put these programs in place."

BRITE recruits its faculty from private industry. "That is very profound," Love says. "People in education are now teaching from a solid industry background. They have worked as researchers at large biotech and pharmaceutical companies. Our students are learning the exact same technologies that they teach in the industry."

Doug Drabble, director of the BioNetwork and Life Science Initiatives in Winston-Salem and Raleigh, oversees a program that covers all life sciences in the state, including medical device technology, forensic toxicology, ag biotech and other fields.

"We work with the many colleges around the state, determine what their needs are and then customize training that is specifically tailored for each company," says Drabble. "We have trained 3,240 people so far this year in the 204 courses that we offer that are specific to the life-sciences industry. A good portion of those students are incumbent workers who are employed at a life-science firm in North Carolina. The North Carolina Community College System is the vehicle through which we administer this training."

The BioNetwork also maintains three of its own training centers — one each in Asheville, Winston-Salem and Raleigh. Time constraints are not a problem, notes Drabble.

"We were asked a couple of years ago to provide annual training to a company," he says. "The FDA had imposed some stringent training requirements on them. They approached us around Thanksgiving and said they needed to train 586 employees by Dec. 31. We trained all 586 workers through four classes required by the FDA. We started training them on Dec. 2 and finished on Dec. 11. We can respond quickly, and we have no limits on the number of people we can accommodate."

This investment profile was prepared under the auspices of the North Carolina Biotechnology Center. For more information, contact Bill Bullock at 919-541-9366 or by email at bill_bullock@ncbiotech.org. On the Web, go to www.ncbiotech.org/whync. 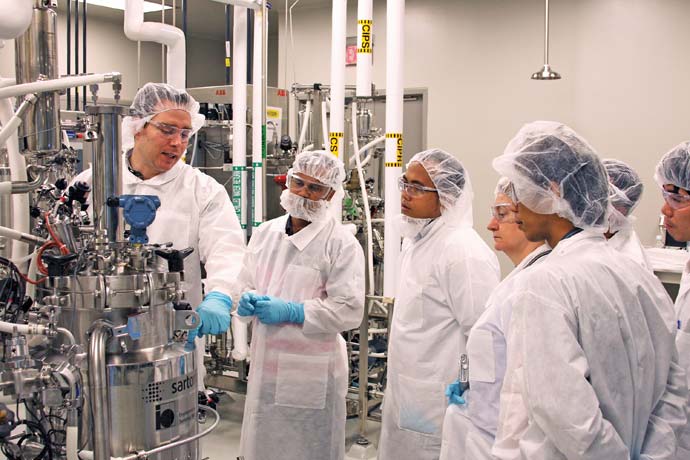