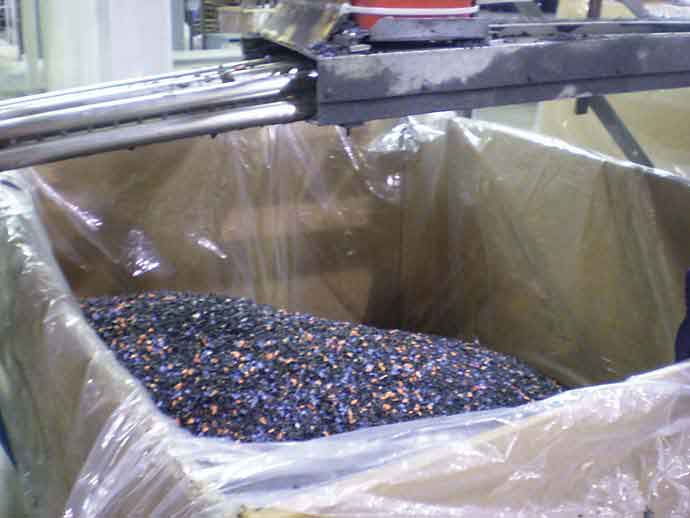 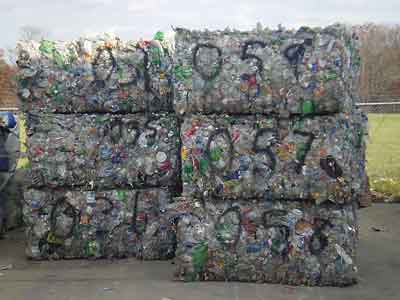 arious think tank studies rank Pennsylvania high in the clean and green categories, especially in job creation. The Brookings Institution says the Keystone State is fourth among states in terms of clean economy jobs with more than 118,000. The Pew Charitable Trust says Pennsylvania ranks third, behind California and Texas, in clean economy jobs. New investments across the state promise to add to the sector’s job totals.

Plastics recycling firm Coll Materials has come a long way in its three-year history. A Zanesville, Ohio-based post-industrial and post-consumer plastic recycler, Coll recently opened its third manufacturing operation in South Whitehall Township, Lehigh County, in a 105,000-sq.-ft. (9,754-sq.-m.) leased facility. Plastic waste from waste haulers, recyclers and landfills is purchased by the company, processed, and then sold to a variety of plastic manufacturers in flake and pellet form.

Coll recycles all sorts of plastics. A memorable contract a couple of years ago was the recycling of 500,000 pounds of old trash cans from the City of Chicago. Today, the company recycles No. 2 plastic (high-density polyethylene or HDPE) by the tractor-trailer load, turns it into pellets and sells it to companies that make products such as drainage pipes, pallets and virtually anything that can be made of plastic. The company is investing US$4 million in its new facility, which will serve the Northeastern U.S. and eventually create 75 jobs.

"We have taken a geographical approach to recycling to keep our carbon footprint small," says Renée Coll, the company’s marketing director. She and her husband Brian own the company, which began as a plastics brokerage in the basement of their house. Both brought plastics backgrounds into their new venture.

Coll says demand for recycled plastics is on the rise.

"It costs about twice as much to buy virgin material as it does to buy recycled," she says. "It’s a very hot commodity. Sixty to 70 percent of what we recycle is post-consumer products such as cat litter containers or laundry bottles, and comes to us compacted in 1,200-pound bales."

Coll Materials chose the Lehigh Valley site because of its proximity to Nicos Polymers, a plastics recycling firm it acquired early this year. The plan was to gradually move equipment into the new Coll facility and merge the two operations. That hit a snag with a fire that destroyed the Nicos facility on Aug. 2.

"Our expansion is still moving forward as planned," Renée Coll says.  "We’ve already been in contact with equipment manufacturers and are working to procure the necessary equipment to replace what was lost in the Nicos fire. Currently we’re using all three of our plants — Zanesville, South Whitehall and Waco, Texas — to make sure that our customers’ service is not interrupted. We’re just very grateful that no one was hurt in the fire."

The company received a $333,750 funding offer for the project from the Department of Community and Economic Development, including a $150,000 opportunity grant, $33,750 in job-training assistance, and $150,000 in job-creation tax credits.

Also coming to the Lehigh Valley region is Voltaix, a Branchburg, N.J.-based provider of materials that enhance the performance of semiconductor chips and solar cells. The company is building a plant at the Portland Industrial Park in Northampton County, and hopes to become operational by the end of October. Voltaix materials enable logic chips to compute more quickly and solar cells to absorb a broader portion of the solar spectrum, and they improve manufacturability by minimizing defect formation and increasing machine throughput.

A good transportation system, proximity to its New Jersey headquarters and local and state assistance all contributed to the site decision, says George Wagner, project manager for the new facility, which will eventually employ more than 70.

"We looked at well over 80 sites," Wagner says. "We got a good reception from the community and we didn’t want to get something too far from Branchburg. We sell internationally, so being close to a transportation hub is critical."

The Lehigh Valley Economic Development Corporation worked with Voltaix and the Governor’s Action Team to secure a $2,764,000 funding offer from the state’s Department of Community and Economic Development for the project. The offer includes a $250,000 opportunity grant, a $1,855,000 loan from the Pennsylvania Industrial Development Authority, a $500,000 loan from the Machinery and Equipment Loan Fund, $106,000 in job training assistance and $53,000 in job creation tax credits.

"This company is an incredibly valuable addition to the Lehigh Valley region, and specifically for Portland Borough in Northampton County," said Phil Mitman, president and CEO of the LVEDC. "Voltaix is bringing high-quality, family sustaining jobs in a key manufacturing industry to our region."

When The Mark Group, a specialist in the installation of energy-saving insulation, looked to expand outside the U.K., it first established operations in Australia and then turned its attention to the U.S. The Philadelphia Navy Yard caught the company’s eye as a place to establish operations to serve the Northeast.

Philadelphia was attractive to the company for its labor supply and a suitable building in the Navy Yard, but also important is the region’s large supply of older homes, a prime market for The Mark Group’s services.

"We looked up and down the East Coast," says Jeff Bartos, president and CEO of the company’s U.S. operations. "Ultimately, Philadelphia presented the best opportunity related to our target housing stock. Any home can be made more efficient, but we were looking for a market with a large number of homes built between 1940 and 1970."

The Mark Group currently employs more than 50, but expects to have more than 300 working in the region within three to four years. The company’s Navy Yard facility includes a training center.

Bartos calls the company a one-stop shop for insulation.

"Our initial interaction is that we are retained to come into the home or apartment building and do an energy audit," Bartos says. "We share the results with clients and provide a road map for how they can make their building or home more energy efficient. Then, we install those measures."

The Navy Yard is also the location of the Greater Philadelphia Innovation Cluster (GPIC) for Energy Efficient Buildings, a DOE Energy Innovation Hub. A team led by The Pennsylvania State University will receive about $160 million over the next five years from the U.S. Department of Energy and the state to establish a hub focused on developing technologies to make buildings more energy efficient. The hub will bring together leading researchers from academia, two U.S. national laboratories and the private sector in an effort to develop energy-efficient building designs aimed at saving energy, cutting pollution, and positioning the U.S. as a leader in the industry. Buildings account for nearly 40 percent of U.S. energy consumption and carbon emissions.

The project includes the retrofit of Building 661, the former community center for the Navy, to serve as the hub’s headquarters and function as a living laboratory. The Navy Yard infrastructure provides an ideal setting for the GPIC. It has 270 buildings where technologies can be tested, and also has its own power grid. Plans call for the Navy Yard’s micro-grid to be developed as a demonstration smart grid.

The hub’s goals include providing methods that can be implemented in the marketplace over the next 10 years to improve energy efficiency by 50 percent.

Technologies to be explored include computer simulation and design tools to enable integrated project teams of architects, engineers, contractors and building operators to work collaboratively on retrofit, renovation and new building design projects; advanced combined heat and power (CHP) systems; building-integrated photovoltaic systems for energy generation; advanced HVAC systems with integrated indoor air quality management; and sensor and control networks to monitor building conditions and optimize energy use. The RD&D program will also incorporate a systematic analysis of the role of policy, markets and behavior in driving the adoption and use of energy technologies in buildings.

Also coming to the Philly area is Ecospan, a California-based materials science research, development, and manufacturing company focused on bio-based plastics. The company is opening an operations center in Exton this fall with 12 employees, and plans to expand to 30 over the next year.

"We are thrilled to be opening our site in the Philadelphia area," says Paul Cannon, the company’s vice president of sales and marketing "We see the area as being green friendly and having a commitment to sustainability. With all of the superb higher education institutions in the area such as the University of Pennsylvania, Penn State University and Drexel University, we feel we will have an excellent talent pool to draw from. They all have programs in sustainability. There are also a lot of potential partners in our space such as DuPont, Dow and BASF."

Ecospan was founded more than seven years ago. Its early years focused on research. The company’s proprietary brand, BioFlow, is a bio-based material to which the company adds up to 14 ingredients to achieve the characteristics of durable goods. A key market is the consumer electronics industry.

"Ecospan’s prospects are huge," said Jeff White, Ecospan’s president, when the operations center was announced. "Its market space lends an opportunity to become part of a global megatrend — sustainability. Our technology enables manufacturers and packagers to have a competitive advantage and to make positive changes to their bottom line; our bio-based products enable customers to significantly reduce waste. Together, we can combat critical issues such as global carbon footprint."

Moving west of Philadelphia, Lancaster is the home of the first manufacturing facility for Quanta Technologies, a company founded in 2009 by three materials and chemical industry veterans seeking to create a global, industry-leading technology company which develops and delivers energy efficiency and renewable energy solutions and systems. Quanta Technologies specializes in the application of coating technologies on polymer and glass for use in energy-related applications. The company says its product has demonstrated a 50-percent improvement in energy loss when installed over existing windows.

"We looked at a number of different areas but the two drivers were the quality of work force and the fact that we were able to locate in an existing manufacturing park," says Jay Reyher, Quanta’s president, CEO and co-founder. "We found a facility that we could move into with room to expand."

Quanta employs 14 currently and plans to reach 60 within two years. Reyher says assistance was provided by the Lancaster County Work Force Investment Board through its Way to Work Program, which helped the company make its initial hires.

In addition to analyzing the broad economic impacts of Marcellus development, the study also evaluates the effect shale gas production is having on energy costs for Pennsylvania consumers. The researchers determined that natural gas prices dropped 12.6 percent in 2010 – attributed largely to expanded Marcellus development — saving consumers in Pennsylvania nearly $633 million on their utility bills.

"Large-scale development of the Marcellus is reshaping the economic landscape of Pennsylvania," concluded Drs. Timothy J. Considine, Robert Watson, and Seth Blumsack, authors of the study.  "Strategies and policies that encourage growth of the Marcellus gas industry will generate significant economic and environmental benefits for the Commonwealth of Pennsylvania, transforming Pennsylvania to a net natural gas exporter while creating hundreds of thousands of jobs and generating billions of dollars in additional output, income, and tax revenues."

Key findings of the study include: 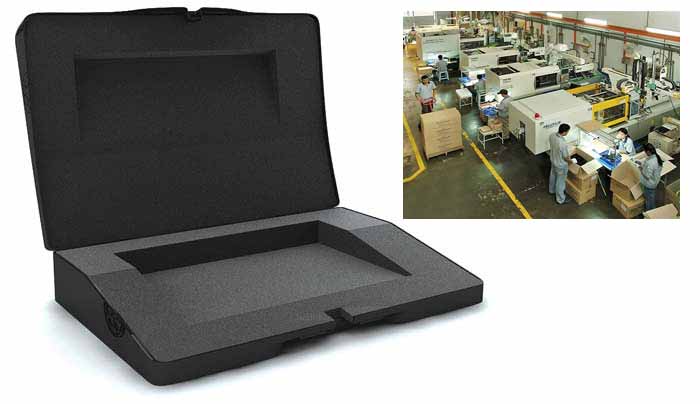 Ecospan, a specialist in the development of bioplastics, is opening an operations center in the Philadelphia area. End uses for the company’s products include the consumer electronics industry.

Ecospan develops bioplastics used in products such as this case for a laptop computer.
Photos courtesy of Ecospan 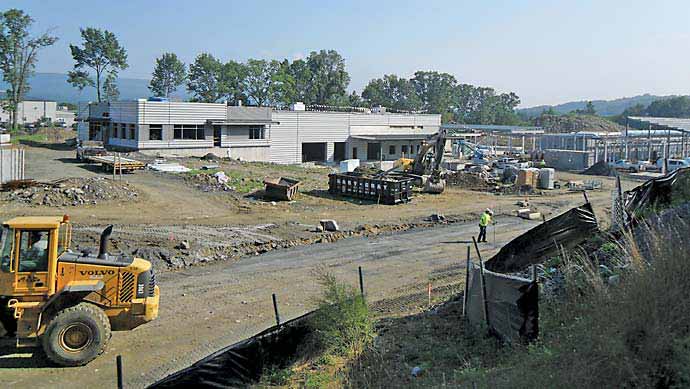 Voltaix, a New Jersey-based provider of materials that enhance the performance of semiconductor chips and solar cells, is building a new facility in Northampton County.
Photo courtesy of Voltaix 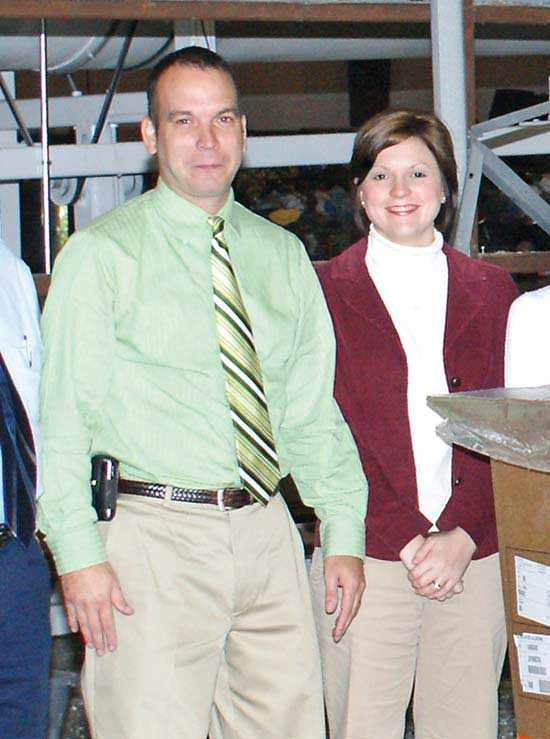 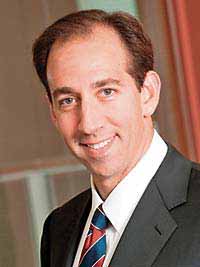 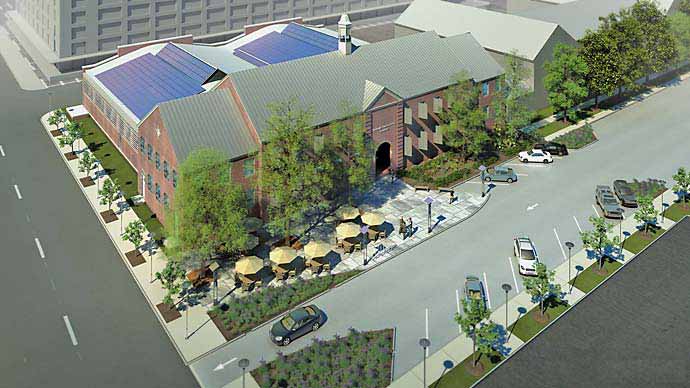 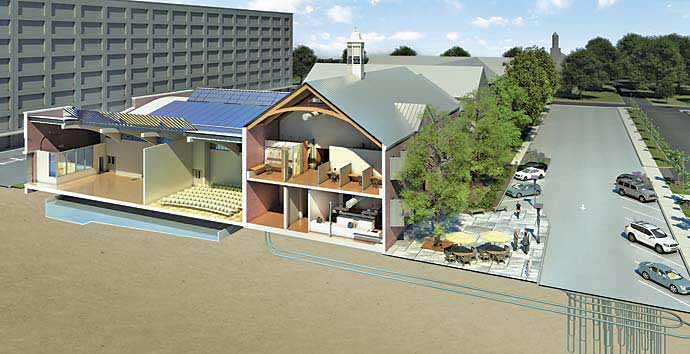